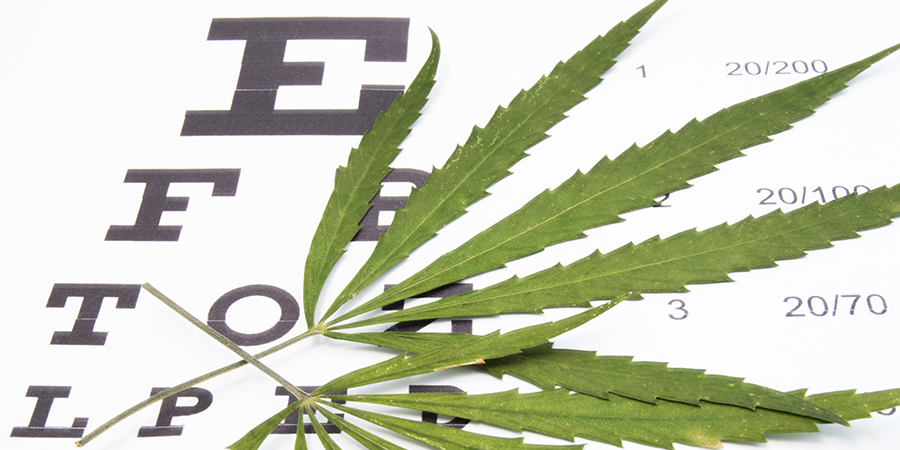 Not that anyone doubted marijuana’s heady nature, but a new study provides evidence of visual function changes associated with cannabis use that could rescind the illicit drug’s “relatively safe” moniker.

Published in the journal Nature, a small-scale Spanish study quantified significant adverse effects on subjects’ visual systems after smoking cannabis, namely impaired contrast sensitivity and visual acuity that are especially pronounced at nighttime. Such evidence reveals the full scope of sensory distortion that occurs with cannabis use and emphasizes the risks of consuming cannabis and engaging in common, everyday tasks such as driving.

Marijuana, the most commonly used illicit drug in the U.S., is often the subject of misperceptions and misunderstandings both in terms of what the drug can and cannot do from a medical standpoint. To date, some 33 states and Washington, D.C., have some form of medical marijuana laws on the books with another 16 states acknowledging the medical value of cannabis. While this distinction may lead some to believe marijuana is a “safe” drug, there are not only documented health consequences but also the obvious, intoxicating side effects of cannabis use that researchers at the University of Granada sought to illuminate in more detail in this recent study.

Per the study, 31 volunteers were subject to a battery of visual tests both before and after cannabis use, as well as given a questionnaire on self-perceived visual quality using a four-point scale. The researchers’ visual function assessment included visual acuity, stereoacuity, accommodative response and night-vision performance.

The study determined lower binocular visual acuity and poorer mean contrast sensitivity after smoking cannabis, as well as intraocular straylight increasing by upward of 9% after cannabis use. Additionally, the study found significant differences in accommodative response with an increase in accommodative lag, deteriorated stereoacuity—50% worse in near vision and 213% worse in far vision—and a 5% reduction in pupil diameter at scotopic light levels.

Aside from the visual function data, subjects’ questionnaires also indicated vision deterioration after smoking cannabis. Specifically, two-thirds of participants noted their vision worsened with the same number reporting both glare and halos worsened, while 74% reported they felt smoking cannabis affected their night vision.

“Cannabis is one of the most prevalent illicit drugs involved in road traffic fatalities, and its negative influence on driving skills have already been reported,” the study concluded. “Driving is highly dependent on vision, and the changes observed in this study imply a significant increase in risk.”

Authors add: “In summary, this study shows that smoking cannabis has significant adverse effects on certain visual functions, including visual acuity and contrast sensitivity, as well as in nighttime-related visual parameters, such as the (visual-disturbance index) and intraocular straylight.

“Our results could help generate a better understanding of the visual changes related to cannabis use and their implications for everyday tasks, raising awareness among users of the risks involved consuming this drug.”

The marijuana and glaucoma debate

Awareness about marijuana—its legitimate uses and negative consequences—has been growing in the U.S. over the past several decades, yet the subject is still rife with misunderstanding. Particularly in eye health care, the public misperception that marijuana is an acceptable therapy for glaucoma is still prevalent with many dispensaries doing little to dissuade that claim. In fact, 29 states and D.C. currently list glaucoma as a qualifying medical condition for a marijuana prescription despite scant evidence indicating efficacy.

In 2017, a National Academies of Sciences, Engineering and Medicine (NASEM) report on the health effects of cannabis and cannabinoids found only one good-quality study that evaluated the effects of medical cannabis on glaucoma, and even that study found no differences in measured IOP of glaucoma subjects using cannabinoids vs. a placebo. However, the report noted that the quality of evidence finding no IOP effect is quite limited and, therefore, concluded there simply isn’t enough evidence to show cannabinoids are ineffective at lowering IOP.

In studying this question, Katherine Shen, O.D., said in a 2018 issue of AOA Focus that evidence suggests marijuana may lower IOP by up to 45%; however, it peaks after only 30 minutes and decreases after 60 minutes. Generally, any effect lasts only three to four hours. Therefore, marijuana’s short duration of action precludes it from being an effective glaucoma treatment as compared to existing, FDA-approved, IOP-lowering medications.

Concurrent to the NASEM report, the AOA’s own 2017 position paper pans on marijuana as an effective glaucoma treatment option, concluding:

The use of marijuana (in any form) as a medication to reduce eye pressure in glaucoma is not safe or practical. Marijuana is also not a medication that would reduce the risk of developing glaucoma. There are many medications that are FDA-approved to treat eye pressure that have very few side effects and need only be used once or twice daily in the form of an eye drop or pill. Additionally, there are some laser and surgical procedures that can help reduce eye pressure. These procedures may eliminate or reduce the number of other medications used to treat eye pressure. Glaucoma can be a difficult disease to diagnose and treat. It requires frequent testing of eye pressure, monitoring of visual field loss and optic nerve evaluations.

The bottom line for marijuana as a glaucoma therapy is that its side effects currently outweigh any medical benefits. Only a marginal IOP effect over a short duration, combined with marijuana’s intoxicating effect, make the drug an impractical remedy.

Interested in learning more about the medical marijuana debate, how it intersects with eye care and how to discuss the subject with patients? Consider a new continuing education course available at this year’s Optometry’s Meeting®, that will get paraoptometrics up-to-speed on this contemporary care topic. Here’s what you need to know:

Optometry’s Meeting returns June 24-26, 2021, in Denver, Colorado. Register today and reserve your seat for preferred CE and professional development before courses fill up.