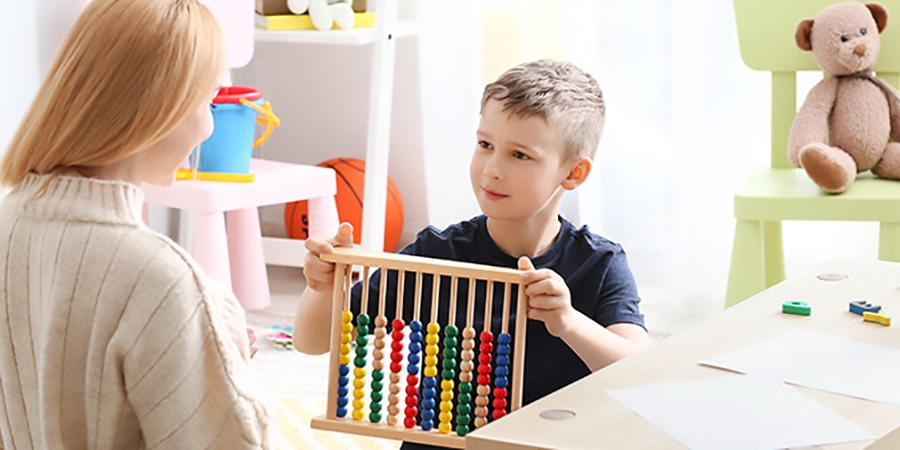 A new study, led by researchers at Dartmouth College, not only sheds light on how the autistic brain works but also may help diagnose autism earlier in life.

The study, "Slower Binocular Rivalry in the Autistic Brain" published Aug. 15 in Current Biology, reports what it called a 'striking alteration in the neural dynamics of binocular rivalry" in autistic individuals. In the study, brain imaging is employed to measure the rate of binocular rivalry in individuals with autism. The results enabled researchers to accurately measure if participants had autism and predict the severity of autism symptoms.

Thirty-seven individuals participated in the study, 18 autistic persons and a control group of 19 individuals. According to the Autism Society, children with autism spectrum disorder may show a lack of or delay in spoken language, a lack of interest in peer relationships, or little or no eye contact among other developmental signs.

In the study, researchers measured brain signals from an electroencephalography (EEG) electrode situated on study participants' heads, in particular it was placed over the visual region of the brain. Then participants were shown red checkerboards in the left eye and green checkerboards in the right eye that flickered back and forth at different intervals, according to the researchers.

Typically, when an individual is presented with two images at the same time, their gaze shifts back and forth before settling on a single image. In past research, however, it was found that it takes people with autism longer to settle on that single image due to "differences in inhibitory neural transmission in the brain."

Among the new findings were that study participants with a higher level of autism had a slower rate of binocular rivalry, with the brain slower in switching from one checkerboard image to the other. Researchers were also able to predict autism symptom severity and correctly classify individuals' diagnostic status with 87% accuracy versus the control group.

"Autism is hard to screen for in children, when the first signs are present," says the study's lead author, Caroline Robertson, assistant professor of psychological and brain sciences at Dartmouth and director of the Dartmouth Autism Research Initiative. "A trained clinician may be able to detect autism at 18-months or even younger; yet the average age of a diagnosis of autism in the U.S. is about 4 years old.

"We need objective, non-invasive screening tools that don't depend on assessing a child's behavior," Robertson adds in a Dartmouth press release. "One of the big goals of the field is to develop objective neural markers of autism that can work with non-verbal individuals. This neural marker is just that. These findings clearly implicate atypical visual processing in the neurobiology of autism."

Detecting those first signs of autism are key to the quality of life for patients with autism. The earlier the symptoms are detected, the sooner interventions can begin and the outcomes are improved, says Carl Garbus, O.D., who has cared for children with autism for more than 20 years.

"Children with autism need to be diagnosed at the earliest age possible, so that treatment intervention can start earlier," says Dr. Garbus who chairs the AOA's Vision Rehabilitation Committee. "Some children do not get diagnosed until the age of 4, which is considered late. Every month is important in development.

"If there are tests that can be done to identify which infants could potentially develop autism, that could be a game changer," he adds.

That checkerboard pattern stimulus frequently reverses back and forth, and it stimulates the neurons to fire in the brain, he says.

"This would be great for optometry, if we could help in diagnosing autism and offer this information to the parents, pediatrician and/or psychologist," he says. "In private practice today, optometrists see autistic children frequently. If we have a better understanding of how their brains are working, we could be more effective in the evaluation of the patient and potentially the treatment. There is so much to learn. We have just scratched the surface."