Doctors of optometry are members of post-concussion team 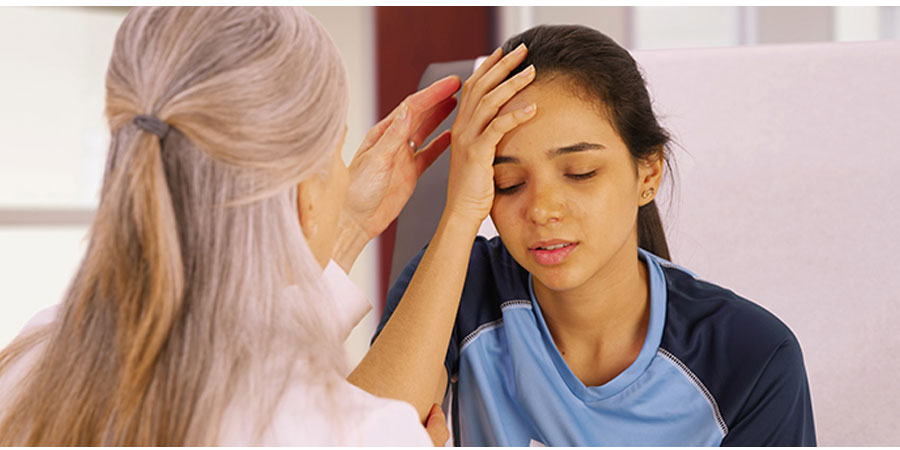 After week one of the 2018 National Football League season, more than a dozen players were listed on the league's injury tallies for concussions. But concussions aren't only the purview of extraordinarily gifted, highly paid athletes.

Every day in the U.S., Americans sustain concussions from falls, traffic accidents and assaults that send thousands to emergency rooms. September is National Traumatic Brain Injury (TBI) Awareness Month, presenting an opportunity for doctors of optometry to educate their patients on how to protect themselves against injury and, if they are injured, the role eye doctors have in identifying and treating the visual symptoms associated with TBI.

Concussions are a type of TBI, a disturbance in brain function due to a blow or strike to the head.

"All doctors of optometry should be comfortable seeing patients who say they are experiencing the visual symptoms of concussion," Dr. Nanasy says.

An injury also can affect a person's spatial orientation, balance and depth perception. That's why regular, in-person, comprehensive eye examinations are so essential.

"During a comprehensive eye exam, a doctor may identify issues with convergence (how the eyes are working together as a team), as well as issues with accommodation (focusing)," Dr. Nanasy says. "These are problems that may slowly correct themselves over time as the brain heals, or they may require therapy.

"If people are seeing blurry up close; getting headaches and eyestrain while using the computer or digital devices; or even worse, symptomatic when attempting to go back to school or work, something as easy as a pair of glasses or change in their prescription can make a huge difference," she says.

A spectrum of eye care

In many cases, treatment for TBI may require neuro-optometric services when vision impairments, due to traumatic brain injuries, can't be corrected by refractive or medical treatments alone.

Getting more doctors of optometry to consider adding neuro-optometric services to their practices was the goal of a workshop during the 2018 Optometry's Meeting® where Carl Garbus, O.D., chair of the AOA Vision Rehabilitation Committee, teamed up with other doctors of optometry. Many doctors already have binocular vision and oculomotor tests in their practices to identify functional deficits from TBI.

"We want to encourage more doctors of optometry to get involved," Dr. Garbus says. "We would like to give optometrists a starting point in their practices to help with clinical decision making and to help with referral, if necessary.

"We have solutions to the functional vision-related deficits from TBI," he says. "We can change lives."

Advocating for doctors of optometry on treatment team

Doctors of optometry are in a unique and vital position to make sure patients are ready to return to work, play or learning after a brain trauma, the doctors say.

"There is a lot to learn about full-scope care of these patients, and we are the best to refer to our colleagues who may be able to help on a more tertiary care level," Dr. Nanasy says. "However, we all should be considered a part of the post-concussion care team, because we bring something valuable to the table that other providers can't—a solid, refractive and accommodative evaluation and ocular health exam."

To underscore the eye doctors' role in post-concussion care, AOA President Samuel D. Pierce, O.D., wrote to the Centers for Disease Control and Prevention in August on its proposal to address gaps in services for TBI in rural America. Dr. Pierce praised the proposal's aim.

"However, we are concerned that the proposed survey's target population does not include doctors of optometry," Dr. Pierce wrote. "As primary eye care physicians, doctors of optometry provide essential vision services in the detection, management and rehabilitation processes for patients with brain injuries."

Dr. Pierce pointed out that doctors of optometry serve 10,000 communities across the nation. In about a third of those communities, he added, they are the only eye doctors.

By not including doctors of optometry, Dr. Pierce says, the survey will miss out on significant gaps in care and meaningful solutions that could improve outcomes for patients in rural areas.

In response, a CDC spokesperson agreed that doctors of optometry provide a critical path to reaching patients who may not even recognize they suffered a TBI. Further, the CDC is considering adding other provider types to its survey, including doctors of optometry.