May 30, 2018
Know what to look for: Infections exhibit many ocular manifestations. 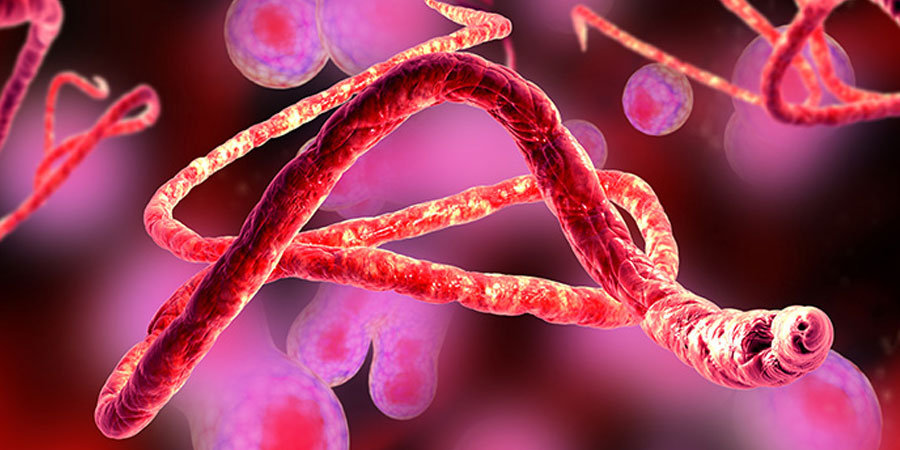 Ebola looms large over West Africa while mosquito season at home carries its own disease risk; rare public health threats for sure, but ones that reinforce infectious disease protocol in the primary eye care setting.

Although nowhere near the severity of the 2014 West Africa Ebola outbreak that spanned 10 countries—the United States included—and killed more than 11,000, the current Ebola outbreak is confined to the Democratic Republic of Congo (DRC) with health officials turning their attention to the densely populated city of Mbandaka.

The 1-million-strong port city grabbed headlines last week after Ebola patients escaped quarantine to flee home, forcing health workers to "redouble" their efforts tracing transmission routes. Concerningly, the outbreak isn't far from the third-largest metropolis on the continent, the Congolese capital of Kinshasa, with its 13 million inhabitants. Already, Ebola is responsible for nearly 30 deaths and double the amount of positive cases.

While the U.S. is in no immediate danger, the Centers for Disease Control and Prevention (CDC) preemptively briefed border control authorities, and airports have begun posting warnings about the highly contagious disease that could incubate upward of 21 days.

Although Zika had been known for decades, it wasn't until the virus gained a toehold in South and Central America in 2015, amid reports of newborn microcephaly from infected mothers, that it appeared on many Americans' radar. In fact, only in 2016 did the Department of Health and Human Services (HHS) deem it a significant health risk to the American public with U.S. cases in Texas and Florida.

Be on the lookout: Vector-borne infections

But where do America's doctors of optometry fit into this developing public health situation? Joseph J. Pizzimenti, O.D., University of Incarnate Word Rosenberg School of Optometry professor, says these evolving threats to human health not only are occurring in an ever-increasingly globalized community where early detection is critical, but also many have ocular signs and symptoms.

"Optometrists and other primary health care providers should be aware and concerned, because vector-borne diseases are especially difficult to prevent, predict and control, and only a few have vaccines," Dr. Pizzimenti notes.

Dr. Pizzimenti says with vector-borne diseases, including Zika, so commonplace domestically, it's critical for primary eye care providers to be able to detect such dangers. Dr. Pizzimenti notes vector-borne eye disease may present with any of the following clinical signs:

Particularly, when it comes to Zika virus in adults, these patients may present with simple uveitis or conjunctivitis. But when it comes to infants with microcephaly, their ocular manifestations may be much more complicated, including:

Be on the lookout: Blood-borne infections

Ebola cases aren't likely to appear in the U.S., but it's not unthinkable. Health workers from the 2014 outbreak were hospitalized stateside, yet there were no known cases of Ebola transmission domestically from these patients. That said, it's imperative for all doctors to recognize the symptoms and signs of blood-borne infectious disease, and understand the ocular ramifications presenting in Ebola survivors, Dr. Pizzimenti says.

The CDC encourages all providers, doctors of optometry included, to report suspected cases of blood-borne infection to their state health department to help reduce the risk of local transmission, he adds. Furthermore, as part of an examination of all patients with possible infection, the CDC recommends an eye examination be performed, including retinal evaluation.