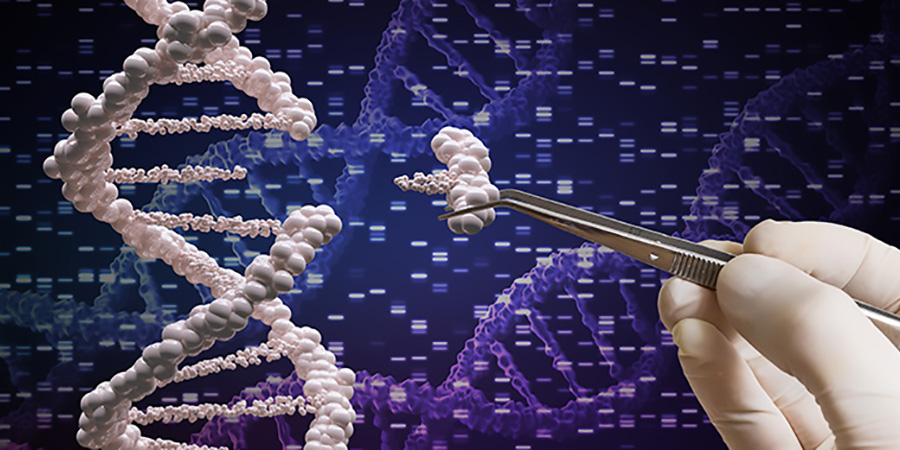 Among the anticipated clinical trials for the gene-editing technology CRISPR (Clustered Regularly Interspaced Short Palindromic Repeats) is a study on Leber congenital amaurosis 10 (LCA10), an inherited form of blindness due to mutations in the CEP290 gene.

The two-phase trial, for AGN-151587, an experimental medicine under development for treating Leber's, is currently enrolling for patients. Allergan and Editas Medicine, a genome-editing company, announced the trial in July. It will be the world's first in vivo—inside the human body—study of the gene-editing medicine, which will be delivered through subretinal injection. The expected start date for the study is Sept. 3 with a completion date in 2024

David Nicholson, Ph.D., Allergan's chief research and development officer, called the trial "an important step toward our goal of developing a game-changing, transformative, CRISPR-based medicine for people with LCA10."

Paul Barney, O.D., chair of the AOA New Technologies Committee, says the study is worth tracking by doctors of optometry.

Although it may be years before the medication is used by the public on a large scale, it has the potential to help Leber's patients, and also influence how doctors of optometry manage care in the future, Dr. Barney says. "Essentially the reported beauty of CRISPR, if it works, is that it will allow us to genetically engineer genetic disorders or diseases, so they are eliminated or at least the manifestation of the disease is diminished," Dr. Barney says. "That would be significant to everyone in health care but in regards to eye care, there are retinal conditions and corneal conditions specifically that are genetic. Some of them can cause anywhere from a moderate to a profound loss of vision.

"If this technology works, some of these conditions could be stopped or reversed before there is a profound loss," he says. "That's why it's important for eye care practitioners to be aware of the technology. We're years away from it being used on a large scale. But it's really exciting technology. It's cool they are having one of the first trials on an eye condition."

Dr. Barney cited the example of corneal dystrophies that are genetic and manifest later in life. If you can identify patients who have the gene for those dystrophies, and reengineer the gene so the disease won't manifest at all, or at a lesser severity, you could preserve that person's vision.

The same applies to retinal conditions, such as Leber's, provided CRISPR works, Dr. Barney says. It's a fairly rare condition with a prevalence of 2-3 children out of 100,000 having been diagnosed with Leber's, making it one of the most common causes of childhood blindness. According to the National Library of Medicine, LCA is associated with severe visual impairment at infancy, photophobia (sensitivity to light), nystagmus (involuntary eye movements) and hyperopia (extreme farsightedness).

That LCA 10 is genetic, not acquired, no doubt explains why researchers chose it as one of the first subjects for clinical trial. But they also were drawn by the very fact that it is an eye condition.

"It's present early in life and fairly pronounced," Dr. Barney says. "There are systemic conditions associated with it, but it also manifests with very few systemic associations. When you have a lot of systemic associations, a syndrome for example where a number of systems are affected, it's harder to isolate whether your experiment is working or not because you have all these other systemic factors in play.

"It's also very easy to observe what's going on in the eye," he adds. "You can observe it directly. You can image it. You can easily see what kind of changes your treatment is making on it."