June 6, 2018
When does genetic testing for glaucoma becoming justified? 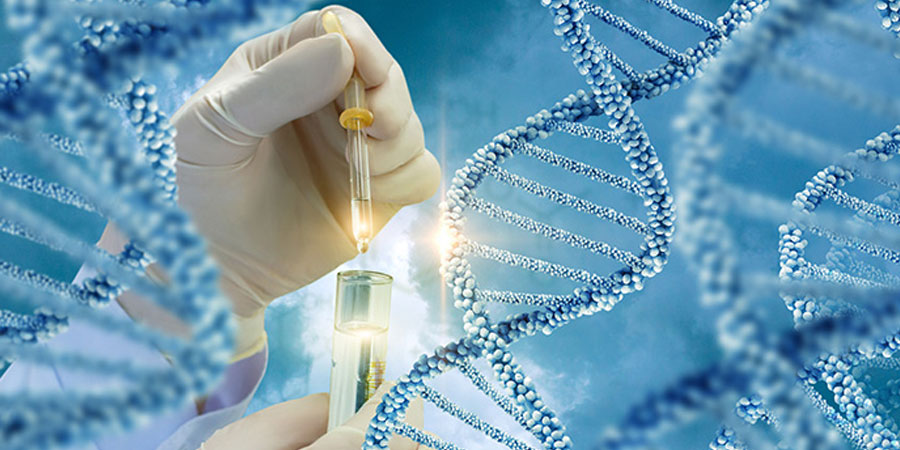 Published in May's Nature Genetics, the peer-reviewed letter describes 133 genetic variants—68 of which were entirely novel—associated with intraocular pressure (IOP) and the development of primary open-angle glaucoma (POAG), and posits a specific therapeutic target correlated with those loci. Such evidence suggests genetic testing may help identify susceptible patients early enough for critical, sight-preserving intervention and focus on therapeutic targets.

Glaucoma, the second-leading cause of blindness in the United States, is a group of eye disorders that lead to progressive optic nerve damage generally associated with elevated IOP and perhaps other unknown risk factors. The most common form of glaucoma, POAG, develops slowly and with few symptoms until ultimately threatening vision. While glaucoma cannot be prevented, early diagnosis can keep it in check, and that's why researchers at King's College London, Moorfields Eye Hospital and Harvard Medical School are optimistic about these recent findings.

Per this study, researchers conducted "the largest" genome-wide association study of IOP to date with a meta-analysis of 139,555 European participants across three cohorts: the UK Biobank, EPIC-NORFOLK and a composite of 14 European studies in the International Glaucoma Genetics Consortium. This analysis identified genome-wide specific associations for 112 unique autosomal genomic regions, traced back to 133 single-nucleotide polymorphic (SNP) loci.

Then, researchers compared the IOP-significant SNPs for association with clinically diagnosed POAG in the National Eye Institute (NEI)-funded NEIGHBORHOOD (NEI Glaucoma Human Genetics Collaboration Heritable Overall Operational Database) glaucoma consortium, finding 48 SNPs nominally associated with POAG and 14 of those significant. Constructing a POAG-prediction model based on these associations, researchers cross-referenced these associations against the cohorts and found it identified glaucoma with about 75% accuracy.

"That level of accuracy is not perfect, but it's a significant improvement over our current ability to predict a person's risk for glaucoma," notes study co-author Janey Wiggs, M.D., Ph.D., associate chief of ophthalmology, clinical research at Massachusetts Eye and Ear, in an NEI news brief. "Substantial evidence shows that the earlier you treat people, the better they are going to do in terms of maintaining and preserving useful vision."

Researchers hope the NEI-funded study lays a foundation for further investigations, including whether genetic variants can predict age of onset, severity and other disease characteristics. Once such characteristic, an intriguing connection between high IOP and cholesterol metabolism, might present a systemic approach to targeting lipids, Dr. Wiggs notes. So, too, this study could influence future genetic testing products to arm doctors with more detailed disease risk information.

Although glaucoma can develop without elevated IOP and increased IOP doesn't necessarily mean an individual will develop glaucoma, pressure is the most commonly recognized risk factor for glaucoma. Oftentimes, patients are unaware of this pressure buildup until eyesight is affected, but unfortunately, once vision is lost to glaucoma it cannot be restored. That's why genetic testing offers some promise.

Leo Semes, O.D., former professor at University of Alabama-Birmingham (UAB) School of Optometry and a founding fellow of the Optometric Retina Society, says genetic testing for glaucoma isn't new—it's been around for several decades—yet it hasn't necessarily taken hold in eye care. But even then, that first commercialized test didn't cover the genetic spectrum proposed by this recent study.

"This spectrum of genetic markers goes well beyond that original test, so if that first commercialized test was only a baby step, then this could potentially be a full stride if these results become widely accepted and put into clinical practice," Dr. Semes says.

This study has yet to influence a genetic testing product, but still it's beneficial for practitioners to keep up to date on such research developments should patients inquire, Dr. Semes says. It's important that eye doctors explain there are a number of risk factors for glaucoma, and practitioners use the combination of clinical findings and family history to detect and manage cases. Genetic testing might, someday, add to that battery of clinical information.

"Even years ago, we could make early glaucoma diagnoses, but now we can do better fine-tuning," Dr. Semes says. "This could be one aspect where genetic testing to examine for these loci might help us say to the patient, 'your risk is elevated or lowered,' and allow us to make clinical adjustments based on those findings."