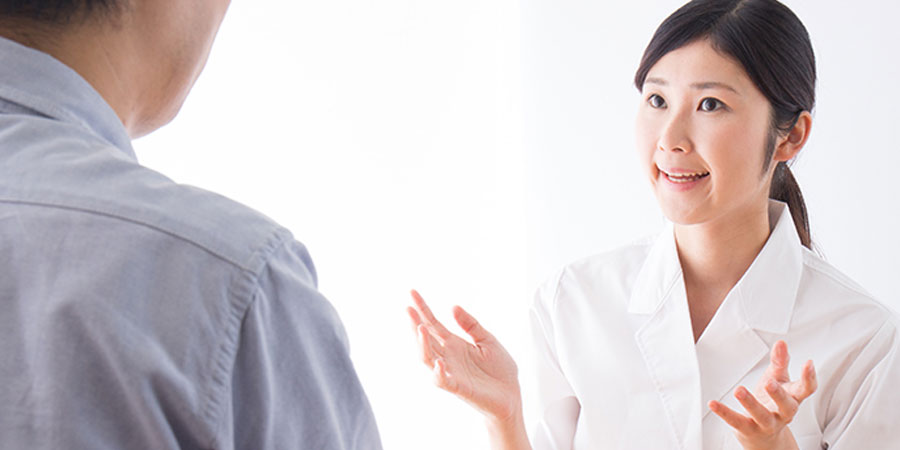 If genetic testing could tell patients whether debilitating age-related macular degeneration (AMD) is in their future, would they want to know their risk? The resounding answer—"yep."

Published in the journal Optometry and Vision Science, a new study found that patients not only responded positively overall to predictive genetic testing for AMD but also adopted behavior or lifestyle changes because of that information, potentially compelling patients to continue routine eye care and motivating them toward healthy choices.

The leading cause of permanent impairment of fine or close-up vision among people 65 and older, AMD occurs with changes to the macula that degrade central vision. While early intervention can slow AMD's progression, it can neither permanently cure the disease nor restore lost vision. However, changes to lifestyle, diet or nutritional supplementation may help slow vision loss in the case of atrophic (dry) AMD, and therein lies the rub.

Despite patients' receptiveness to predictive testing, some warn against routine genetic testing for complex eye diseases, such as AMD or late-onset primary open-angle glaucoma, due to a wide variation in cost and scope of existing genetic tests, and ultimately clinical utility. In fact, literature shows little support for behavior change stemming from genetic-based risk prediction, study authors note, except in the cases of certain cancers or Alzheimer's disease. But, now, authors believe their results could add AMD to that list.

Per the study, researchers identified 101 participants to track over a 6-month timeframe, between the ages of 50 and 65 years with no personal history of AMD. At the initial appointment, subjects provided a DNA sample that was then sent for genotyping. Of those subjects, 42% had a parent with AMD and 17% had a grandparent with AMD, while 66% had no history of smoking, 31% were former smokers and 3% currently smoked.

The study reports more than half of participants reported participation in the study because of a family member with AMD or another eye disorder, while 77 participants expressed overwhelmingly positive responses. In their own words, those study subjects noted "nothing was a waste of time," "the genetic information was definitely useful," and "yep, learned some prevention measures."

Nearly three-quarters of participants preferred receiving their genetic test results from a face-to-face encounter with a doctor or health care professional to allow for questions, and nearly a quarter reported making specific changes despite low levels of risk. Researchers note 27 participants reported making specific changes, such as wearing sunglasses or taking vitamin supplements, and another 16 reported already doing these recommended activities.

"We found a very positive response to predictive genetic testing for (AMD) in this study population with a family history of (AMD), with many people reporting adoption or maintenance of positive eye health behaviors," the study concludes. "Further research is needed in other patient populations and over time to determine long-term impact on genetic testing."

Is it better knowing?

Predictive genetic testing in asymptomatic individuals is a growing class of medical tests that differs medical diagnostic tests. Although the aim of such tests is early identification of risk for a specific condition to hone surveillance and prevention, clinical utility of predictive genetic testing varies greatly. Given the degree of uncertainty involved in determining when a disease may develop or its severity, genetic testing may cause patients unnecessary emotional or financial stress with interventions that may not affect outcome.

Currently, treatment of the less common exudative (wet) AMD consists of angiogenesis inhibitors or retinal surgery; however, the former only keeps the condition in check through repeated therapy, and the latter cannot prevent disease recurrence. That said, the far more common atrophic (dry) form of AMD does not respond to treatment and cannot be cured.

Hence the controversy, notes Leo Semes, O.D., former professor at University of Alabama-Birmingham School of Optometry and a founding fellow of the Optometric Retina Society.

"There are some studies that seem to point to certain gene types being more susceptible, but we must realize that if you are predisposed then there are some steps that you can take to affect modifiable risk factors," Dr. Semes says.

"You can quit smoking, lower cholesterol, and be conscious of your environmental light exposure, and perhaps consider supplementation with antioxidants, such as lutein and zeaxanthin, which studies are still working to establish."