September 7, 2018
Physical activity, even just the bare minimum, may lessen glaucoma risk and its threat of vision loss. 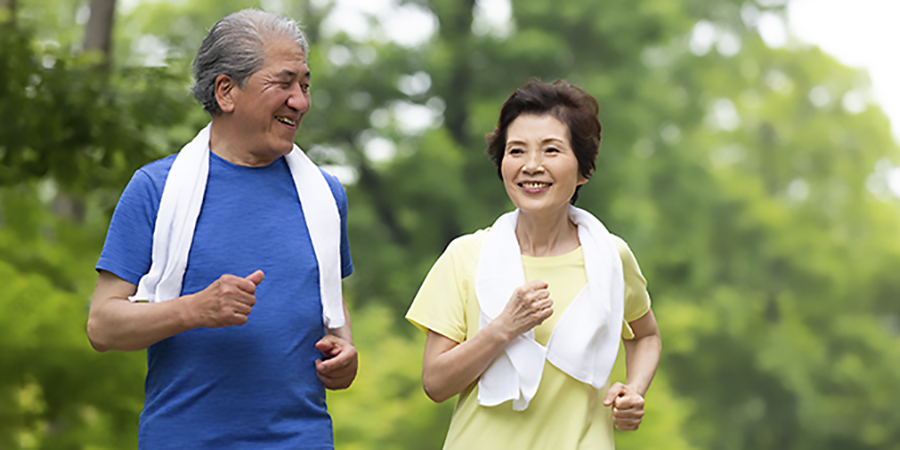 If Americans needed another reason to get up and get active, it's this: Physical activity, even just the bare minimum, may lessen glaucoma risk and its threat of vision loss, research finds.

Published online in the journal Medicine & Science in Sports & Exercise , a new study suggests simply meeting physical activity guidelines could reduce the risk of developing glaucoma by upwards of 40% or more. Such research adds to a mounting body of evidence that physical activity and exercise correlates with a reduced risk of developing the sight-threatening disease.

Glaucoma, a group of eye disorders that progressively damage the optic nerve and cause irreversible vision loss, affects more than 3 million Americans, aged 40 and older. The second-leading cause of blindness in the United States, glaucoma cannot be cured but may be managed with early, timely intervention.

It's unknown exactly what causes glaucoma, often called the sneak-thief of sight because it slowly robs patients' vision over time without any apparent symptoms. And it's for this reason that researchers strive to understand whether lifestyle factors can affect glaucoma development. Toward that end, this research from Iowa State University and the University of South Carolina may provide some insight.

Per their prospective observational study, researchers examined nearly 10,000 American adults, aged 40 to 81 years old, enrolled in the Aerobics Center Longitudinal Study between 1987 and 2005. Participants' physical activity and cardiovascular fitness were recorded weekly via a treadmill test with an average nearly six-year follow up period. Of those participants, 128 new cases of glaucoma were diagnosed.

Researchers found participants who met physical activity guidelines—150 minutes of activity per week—had a 50% lower risk of glaucoma than those considered completely sedentary. Moreover, people with the highest cardiovascular fitness had a 40% lower glaucoma risk than those at the lowest fitness levels. Those who both met the fitness guidelines and were in the highest fitness category had the lowest risk for developing glaucoma.

"The results are consistent with research evaluating the beneficial effect of physical activity or exercise on IOP (intraocular pressure), the leading modifiable risk factor for the development of glaucoma," the authors write. "Recent reviews established that acute exercise lowers IOP in the acute post-exercise period and noted a dose-response with intensity; the greater the intensity the greater the reduction in IOP. Furthermore, the reduction in IOP after exercise is even greater in glaucoma patients.

"Unfortunately, the physiological mechanism by which exercise lowers IOP is not completely understood."

However, this isn't the only research to demonstrate physical activity's protective properties. Last year, a paper from the University of California, Los Angeles examined data from the National Health and Nutrition Examination Study (NHANES) and found that (compared with the least active) the most physically active people had a 73% lower risk of glaucoma development. So, too, the researchers described a 25% reduction in glaucoma risk for every 10-minute increase in the weekly amount of moderate-to-vigorous activity.

Physical inactivity is a risk factor for cardiovascular disease, type 2 diabetes and other conditions, but what of glaucoma? It's understood that glaucoma risk increases among those with a family history of the disease, being over age 60 especially among African Americans and Hispanics—taking certain medications or having a medical condition, such as diabetes, heart disease or high blood pressure.

A correlation among these latter conditions elicits questions about the role of blood flow in glaucoma development and damage, says Leo Semes, O.D., professor emeritus of optometry and vision science at University of Alabama-Birmingham and a founding fellow of the Optometric Retina Society.

"In general, these results support the notion that physical exercise reduces the risk of developing glaucoma," Dr. Semes notes. "That said, we have known for decades that even mild physical activity seems to lower IOP, the primary and only modifiable risk factor."

It's important to note this study relies on self-reported activity levels, which authors note is a possible weakness and counter with a defined measure of fitness and activity. However, the findings are no less informative, especially given the large size of the cohort.

What this study provides is a baseline cohort that researchers followed prospectively with a defined regimen to measure "fitness" and "activity," Dr. Semes says.

"This is the major strength and should be a call to encourage all of our patients that as they age, the risk for developing glaucoma increases and this may offer a balance against that risk," he adds.

While aerobic exercise can lower IOP, its effects are transient and shouldn't be done in lieu of glaucoma medications. Moreover, patients should consult their general physician before starting any new exercise regimen.

Early intervention is critical to preserving sight, which is why regular, in-person comprehensive eye examinations are so important. Glaucoma requires lifelong treatment and regular monitoring to control and reduce chances for vision loss.