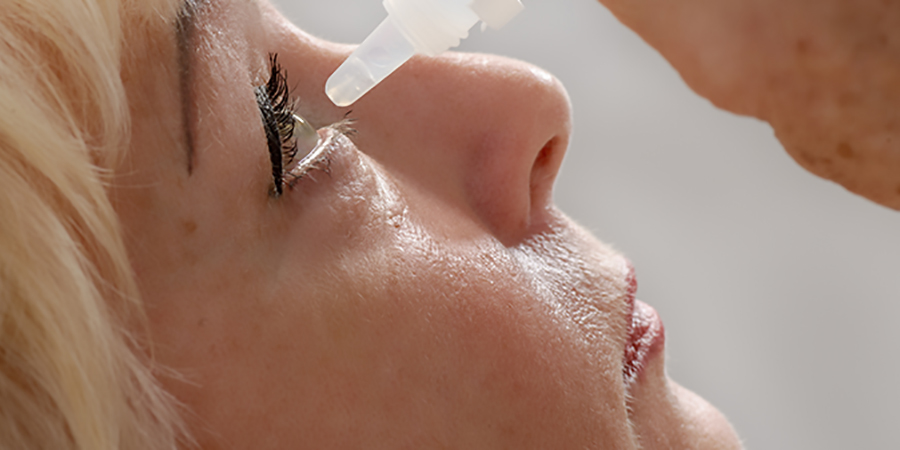 Published in the journal Drug Delivery and Translational Research, the study describes a special polymer that increases residence time on the ocular surface while delivering thousands of nanoparticles laden with cannabigerolic acid (CBGA) to relieve glaucoma symptoms. Researchers believe their study paves the way to market for new products targeting ocular disease, including cannabis-based eye drops for glaucoma.

The second-leading cause of blindness in the United States, glaucoma is commonly managed through prescription eye drops that help control intraocular pressure (IOP) and mitigate sight-threatening damage to the optic nerve. However, these topical treatments can come with caveats.

Glaucoma patients must regularly administer topical eye drops, yet some studies have shown adherence rates below 70% due in part to frequency, as well as incorrect drop administration. So, too, absorption can be problematic with less than 10% of the drug taken up by treated tissues. But, researchers at the University of British Columbia believe their newly developed eye drops can address some of these issues.

Per the study, researchers synthesized "a stimulus-responsive, in-situ forming, nanoparticle-laden hydrogel for controlled release of poorly bioavailable drugs, such as cannabinoids, into the aqueous humor of the eye." This eye drop remains in liquid form until reaching 31.5°C, or the temperature of the ocular surface, whereby it transitions into a gel and forms a "lens." That lens slowly dissolves, releasing CBGA-laden nanoparticles that permeate the cornea over the course of eight hours.

Although researchers noted a 300% increase in transcorneal penetration with the CBGA-laden nanoparticles over the control formulation, still only about 0.015% of the original CBGA load was transported through the cornea "due to the absence of lachrymal drainage" from using excised porcine eyeballs as a human surrogate. In fact, though the formulation was intended to dissolve within eight hours under constant lachrymal drainage, very little had actually dissolved after four hours, the study notes.

Despite this, researchers believe the formulation would benefit from in vivo study, and the formulation could eventually help deliver ophthalmic drugs immediately prior to patients' bedtimes. Additionally, the compound opens the possibility of using cannabinoids within an eye drop solution, something that previously wasn't feasible given that cannabinoids are not water soluble.

"By suspending CBGA in a nanoparticle-hydrogel composite, we have developed what we believe is the first cannabinoid-based eye drops that effectively penetrate through the eye to treat glaucoma," notes study co-author Syed Haider Kamal, research associate at UBC. "This composite could also potentially be used for other drugs designed to treat eye disorders like infections or macular degeneration."

Glaucoma, a multi-factorial, complex eye disease that progressively damages the optic nerve, cannot be prevented and may result in vision loss or blindness if the condition isn't caught and treated early enough. Primary open-angle glaucoma—the most common form of glaucoma—occurs slowly as fluid pressure builds within the eye due to an inability to drain properly, while acute angle-closure glaucoma occurs abruptly with a rapid increase of pressure; both damaging the optic nerve.

Although glaucoma can develop without elevated IOP and increased IOP doesn't necessarily mean an individual will develop glaucoma, IOP is the most commonly recognized risk factor for glaucoma. That's why treatments aim to reduce IOP and its fluctuations throughout the day, and why cannabinoids have gotten much attention.

Several studies correlate marijuana use with IOP-lowering effects, though its effectiveness as a treatment modality is questionable. While the cannabinoid tetrahydrocannabinol has been found to decrease IOP transiently, the cannabinoid known as cannabidiol was found to have no effect or even increase IOP.

Regardless, the effects of cannabinoids on IOP are relatively short-lived, making them less effective than existing medications and treatments already in place with U.S. Food and Drug Administration approval.

Murray Fingeret, O.D., clinical professor at State University of New York College of Optometry and the first doctor of optometry appointed to The Glaucoma Foundation Board of Directors, says if nanoparticles could be used to increase duration of action and the side effects of cannabinoid use could be disassociated, then such research into cannabinoid-based eye drops may produce results. But, until that time, cannabinoids aren't an effective option for glaucoma.

"There are several very good papers that show marijuana does reduce IOP, and reduces it in the level neighborhood of what an eye drop may do, but it has a very short half-life, anywhere from two to four hours," Dr. Fingeret says. "It would require somebody to use the agent continuously, and then on top of that, there are a lot of associated side effects that you don't want a person to have."