August 5, 2020
Half of cannabis dispensaries responding to a recent survey admit to recommending marijuana products for glaucoma, but even patients aren’t buying it—at least the IOP-lowering claims. 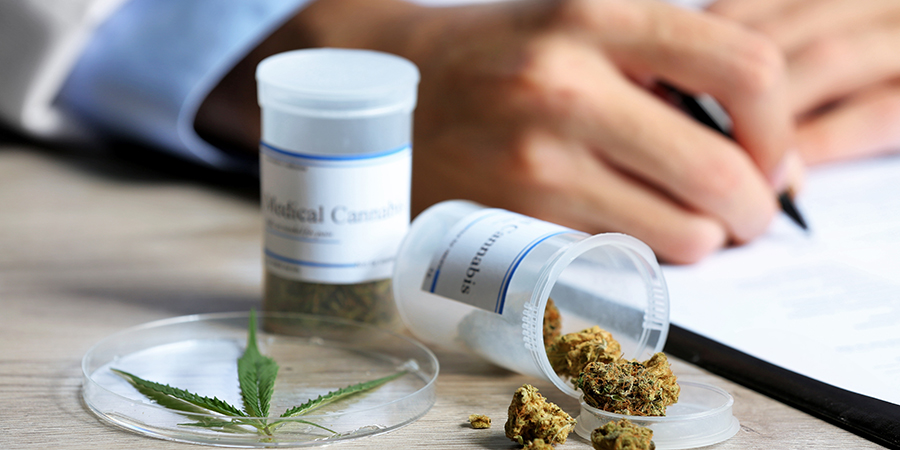 Misperceptions about marijuana's validity as a glaucoma therapy still rank high among cannabis dispensaries, yet findings suggest even glaucoma patients themselves know such claims go up in smoke.

Published online by the journal Ophthalmology Glaucoma, a new study detailed the gulf in perceptions about marijuana's safety and effectiveness as a glaucoma therapy with half of responding dispensaries (51%) claiming marijuana use was recommended while the other half deferred recommendations or stated they were unsure. Those figures clash dramatically with the only 2.6% of glaucoma patients surveyed who used marijuana therapeutically. Such evidence indicates that while much ground has been made to dispel marijuana's utility in glaucoma care, Americans still receive contradictory information at a time when popularity for medical cannabis has never been higher.

In fact, marijuana legalization is among the only issues that Americans can agree on today with 67% saying it should be legalized—a steady increase since 2010 when 52% opposed. That public opinion has helped turn laws with 33 states and Washington, D.C., having some form of medical marijuana laws on the books and 16 additional states acknowledging the medical value of cannabis.

However much these state laws may serve to delineate marijuana's therapeutic value, in the case of glaucoma, they may also reinforce misperceptions. Of the 33 states and Washington, D.C., that authorize medical marijuana for valid, qualified patients, 29 states—and D.C.—list glaucoma as a qualifying medical condition despite scant evidence indicating its efficacy. It's this contradiction that researchers with the University of Colorado and Colorado School of Public Health sought to define.

Using a mystery caller approach, researchers successfully contacted 203 of the 300 medical marijuana dispensaries in Colorado and questioned employees as to whether marijuana was recommended for glaucoma, and whether it was safe and effective. Of those, 103 (51%) recommended marijuana products for the treatment of glaucoma; the remaining 100 (49%) either deferred recommendations or were unsure, the study notes.

Then, researchers surveyed 290 AGS members about their marijuana recommendations for glaucoma, finding 22 (7.6%) responded that they had recommended marijuana as a therapy; the vast majority—86.4%—only having done so infrequently. Lastly, researchers surveyed 231 glaucoma patients of whom many (58.9%) had heard about marijuana use for the condition, yet only 2.6% had used it as treatment.

"Few glaucoma specialists have recommended marijuana as a treatment for glaucoma and an even smaller percentage of patients report its use as a treatment for glaucoma," authors conclude. "In contrast, many dispensary employees endorse its use. As legal access and public acceptance of marijuana escalates, physicians should be aware of these perceptions when educating patients."

Is there evidence to support glaucoma therapy?

No, marijuana is not effective as a treatment option for glaucoma. But that doesn't mean the pro-legalization crowd or those state laws are necessarily wrong about marijuana's effect on intraocular pressure (IOP).

The National Academies of Sciences, Engineering and Medicine (NASEM) published a 2017 report on the health effects of cannabis and cannabinoids, noting that one good-quality, systematic review evaluating medical cannabis for glaucoma found no differences in IOP between placebo and cannabinoids. Yet, the committee noted that the quality of evidence for finding no effect is limited. Toward that end, the NASEM report concluded: "There is limited evidence that cannabinoids are an ineffective treatment for improving [IOP] associated with glaucoma."

In a 2018 issue of AOA Focus, Katherine Shen, O.D., who has studied this question, says evidence suggests marijuana may lower IOP by up to 45%; however, it peaks at 30 minutes and decreases after 60 minutes, generally lasting only three to four hours. Marijuana's short duration of action precludes it from being an effective glaucoma treatment compared with existing glaucoma medications.

Concurrent to the NASEM report, the AOA's own 2017 position paper pans on marijuana as a glaucoma treatment option, concluding:

The use of marijuana (in any form) as a medication to reduce eye pressure in glaucoma is not safe or practical. Marijuana is also not a medication that would reduce the risk of developing glaucoma. There are many medications that are FDA-approved to treat eye pressure that have very few side effects and need only be used once or twice daily in the form of an eye drop or pill. Additionally, there are some laser and surgical procedures that can help reduce eye pressure. These procedures may eliminate or reduce the number of other medications used to treat eye pressure. Glaucoma can be a difficult disease to diagnose and treat. It requires frequent testing of eye pressure, monitoring of visual field loss and optic nerve evaluations.

Ultimately, marijuana as a glaucoma therapy comes down to the fact that its side effects outweigh the medical benefit, noted Dan Bintz, O.D., in the AOA Focus article, The Cannabis Conundrum. The marginal IOP effect and short duration, combined with marijuana's intoxicating effect, should end the story there: "The patient would have to be intoxicated 24 hours per day to get even a marginal decrease in intraocular pressure."

Dr. Bintz added: "There has been enough research to know it really isn't effective."