July 17, 2018
Laser procedure could be used to treat myopia, hyperopia, keratoconus and astigmatism. 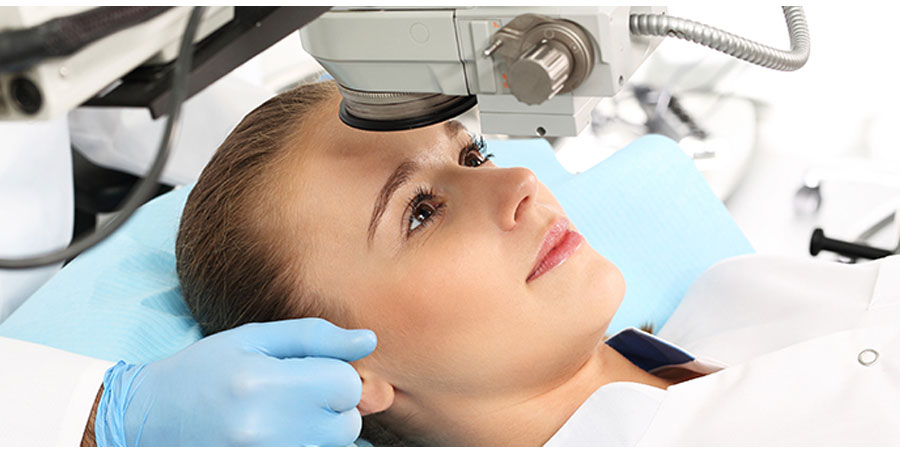 With the number of myopia cases on the rise worldwide, researchers are touting a novel, noninvasive laser surgical option to permanently correct refractive errors.

Glasses and contact lenses are typically prescribed to address nearsightedness (myopia), with minimally invasive vision correction surgery (LASIK and PRK) another common option. However, those options have their limitations, researchers at Columbia University, Texas A&M University and the Columbia University Medical Center say. Not only are those surgical procedures invasive, the researchers say, but they also can lead to post-surgical complications.

The new treatment approach, which researchers call safe and stable, used a femtosecond oscillator—an ultrafast laser—to deliver repeated, low-energy pulses to the collagen-rich tissues of the cornea. The pulses induce chemical and mechanical changes in the cornea (more rigid and reshaped) that increased its refractive power.

Their study, "Femtosecond laser crosslinking of the cornea for noninvasive vision correction," was published May 14 in Nature Photonics.

"Our approach is based on the induction of a low-density plasma (LDP) to generate an ionization field within biological media without the production of damaging thermoacoustic and shock waves," their study reads. "When applied to collagenous tissues, LDPs induce the production of reactive oxygen species (ROS), which react with the surrounding proteins to form crosslinks and trigger spatially resolved changes in mechanical properties.

"We show here, with (60) pig eyes ex vivo, that the proposed method effectively changes the refractive power of the eye," it adds.

The researchers say the crosslinking could potentially lead to treatments for myopia, hyperopia, astigmatism, hyper-astigmatism and keratoconus.

Paul Barney, O.D, chair of the AOA's New Technologies Committee, says the study is interesting and its results promising. For instance, some patients with myopia can't undergo standard laser surgery because their corneas are too thin.

"It appears we're not thinning the cornea at all with this procedure," Dr. Barney says. "It's noninvasive and it retains cornea integrity. The less invasive a treatment, the quicker a patient will recover."

Still, further research will answer some important questions, he adds. How long will the effects of the ultrafast laser last? How localized or accurate are the pulses? In the meantime, he urges doctors of optometry to stay abreast of emerging technologies so they are able to meet the care needs of their patients and keep their practices relevant.

"This is one I would keep a close eye on," Dr. Barney says. "We're a long way from this being applied. But, someday, it could have an impact on our profession. If it is within a practitioner's scope, it could reshape how doctors of optometry practice."