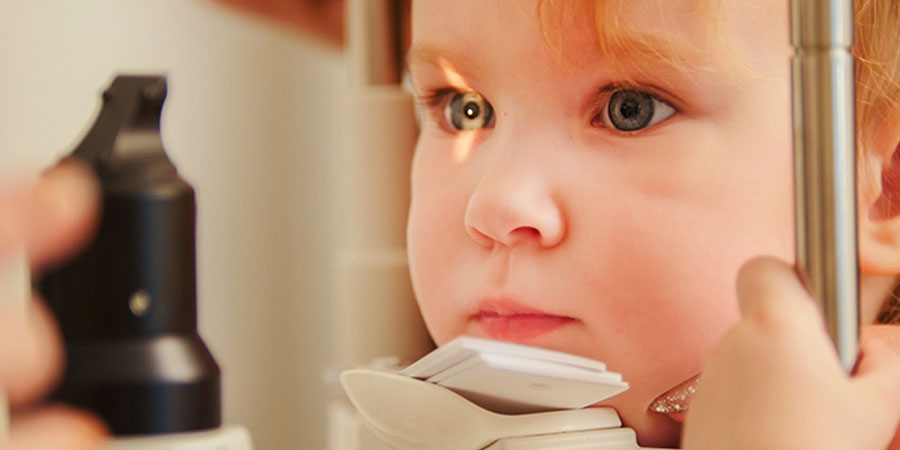 New guidelines on the surveillance of children at risk for developing retinoblastoma underscore the role doctors of optometry have in catching early signs of the most common ocular cancer in young children.

The guidelines were the result of a consensus panel of ophthalmic oncologists, pathologists and geneticists and were published in Ophthalmology on Oct.18. Among the guidelines:

On Jan. 11, the guidelines earned an endorsement by the American Academy of Pediatrics.

"The goal of these screening guidelines is to educate primary care providers and ophthalmologists and to optimize care by creating a more uniform approach to care for children with family history of retinoblastoma, ensuring that children receive timely and appropriate genetic counseling, testing and screening for familial retinoblastoma," the researchers say.

Doctors of optometry have a role in detecting retinoblastoma, especially due to their number (the AOA represents more than 44,000 members) and frequency of patient visits to their eye doctor (they provide more than two-thirds of the primary eye care in the U.S.). Ask Gerald Gerdes Jr., O.D., who practices in southwest Louisiana, where he specializes in pediatric optometry and actively seeks to raise public awareness around children's eye health and vision care.

Dr. Gerdes also is an InfantSEE® provider. A public health program managed by  Optometry Cares ®—The AOA Foundation , InfantSEE and its volunteer doctors of optometry provide no-cost, comprehensive eye and vision assessments to infants within the first year of life, regardless of a family's income or access to insurance coverage.

About eight years ago, Dr. Gerdes recalls, an 11-month-old patient came to see him. "She appeared to be healthy," he says. However, during an eye assessment under the InfantSEE program, he spotted a "white mass" on her retina during ophthalmoscopy.

"Timely diagnosis and treatment are essential," says Dr. Gerdes, who called a pediatric ophthalmologist that same day for a second opinion. "If not seen early, retinoblastoma can not only blind the patient, it also can be fatal.

"The next day the patient was headed to a hospital in Texas where they almost exclusively treat patients with retinoblastoma," he adds. "They removed the tumor. The eye was not salvaged. But, in the long run, it did save her life."

Dr. Gerdes cited three areas in which doctors of optometry can have an impact on the care of patients at risk for retinoblastoma. Doctors are able to diagnose, refer and co-manage these cases. According to Dr. Gerdes, doctors can:

Read more about retinoblastoma in the Evidence-based Clinical Practice Guideline: Comprehensive Pediatric Eye and Vision Examination. Go to the AOA doctor locator to find a doctor of optometry near you.