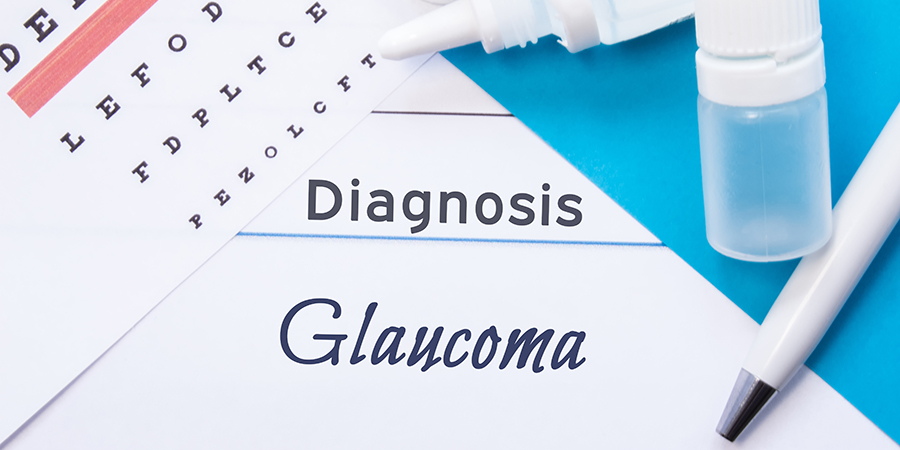 Doctors of optometry are taking issue with a new recommendation by the U.S. Preventive Services Task Force (USPSTF) regarding screening for primary open-angle glaucoma, saying it can potentially cause care providers and patients to disregard the dangers of glaucoma, which has been called the “silent thief of sight.”

Glaucoma refers to a group of diseases, which are predominately chronic in nature (there are acute forms of the disease) and characterized by progressive damage to the optic nerve. The loss of nerve tissue results in vision loss and affects about 2.7 million people in the U.S. The task force’s recommendation focuses on primary open-angle glaucoma (POAG), the most common form of the group’s disorders, and applies to adults 40 years or older who present in primary care settings and are not showing signs or symptoms of open-angle glaucoma. Onset is often mid-late adulthood.

The May 24 task force statement on glaucoma screening by primary care physicians is neither a recommendation for nor against screening. The USPSTF is an independent, volunteer panel of national experts in disease prevention and evidence-based medicine working to improve the health of people nationwide.

Dismaying is how Murray Fingeret, O.D., and Andrew Morgenstern, O.D., characterized the task force’s neutral recommendation. Eye doctors, Dr. Fingeret knows, threw up their hands in frustration after the task force released its recommendation. Dr. Fingeret is a clinical professor at SUNY College of Optometry. He also is a member of the American Glaucoma Society and founding member and past president of the Optometric Glaucoma Society.

Dr. Morgenstern is a clinician in Bethesda, Maryland, and director of the AOA Evidence-Based Optometry (EBO) Committee.

The EBO is currently developing the evidence-based clinical practice guideline titled Care of the Patient with Primary Open Angle Glaucoma. This guideline, for which over 1,600 high-quality journal articles and landmark studies were read and graded, will report that glaucoma is a serious and significant public health concern and a leading cause of vision loss in the U.S. Specifically, it will show that glaucoma is a silent thief of vision and commonly there are no warning signs. Glaucoma often presents symptom- and pain-free in its early phases. The EBO Committee stresses the need for the public to seek out an annual, comprehensive eye examination for all age populations as to identify the earliest evidence of these common (and in some cases preventable) eye diseases.

“It’s disappointing and shocking,” Dr. Morgenstern says of the task force statement. “It goes against what the National Eye Institute [NEI] (under the National Institutes of Health) says and what we know as doctors of optometry. Unfortunately, while the USPSTF is an organization whose intentions are largely good for the public, it got this wrong. We live the medical era of prevention. Every medical professional knows that the easiest way to improve prevention is with early detection.”

Key to the task force’s decision to withhold an endorsement to primary care physicians was the lack of evidence to demonstrate the benefits or harms of screening. Said task force member Katrina Donahue, M.D., M.P.H: “In the absence of this evidence, primary care clinicians should use their judgment when deciding whether or not to screen.”

“The Task Force wanted to see if there was an opportunity for primary care clinicians to play a greater role in helping to prevent vision loss from glaucoma, especially among those who are disproportionately affected,” says Task Force Chair Carol Mangione, M.D., M.S.P.H. “However, there is not enough evidence to inform what primary care clinicians can do, so we are calling for more research.”

Dr. Morgenstern pointed out content on the NEI website: glaucoma’s “symptoms can start so slowly that you may not notice them. The only way to find out if you have glaucoma is to get a comprehensive dilated eye exam.”

“Early detection is the only way to slow its progression,” Dr. Morgenstern says. “Prevention and early detection are the rule today, not the exception. What is even more perplexing is that ‘Preventive Services’ is part of its name.”

A related concern is an opinion shared by many doctors of optometry.

He also cited an editorial by Henry Jampel, M.D., MHS, and Aakriti Garg Shukla, M.D., in JAMA online from May 2022:

“The day may come when images of the optic nerve and retina could routinely be obtained in a primary care office or other settings and when such images could be accurately categorized by an artificial intelligence algorithm as normal or demonstrating disease. This is unlikely to be a glaucoma-only tool but rather could possibly be used to detect other eye diseases, such as diabetic retinopathy and age-related macular degeneration. Until that time, and until additional evidence on screening for glaucoma is available, primary care clinicians should not necessarily conclude that there is no utility in screening for glaucoma, but rather may attempt to determine which patients are at highest risk through history-taking, and direct them to an eye care specialist.”

Screening no substitute for eye examination

The AOA has previously expressed concerns to the task force in response to a draft research plan on the topic of impaired visual acuity and glaucoma screening in adults.

The AOA discouraged the generic use of the term “vision screening” in the draft plan, and instead recommended more precise wording, such as “glaucoma screening” or “visual acuity screening.” It also made the point that screenings are no substitute for comprehensive eye exams, as noted in AOA’s Evidence-Based Clinical Practice Guideline: Comprehensive Adult Eye and Vision Examination.

“It involves collecting subjective data directly from the patient and obtaining objective data by observation, examination, and testing,” it continued. “During the exam, the doctor obtains information to understand and explain symptoms reported by the patient, and to diagnose the cause of signs noted by the eye doctor. It also provides the means to identify the presence of other ocular or systemic conditions that may exist without symptoms.”

The AOA continues to work on getting representation on the 16-member USPSTF. If you are interested in being nominated to the task force, contact the AOA at president@aoa.org.