July 23, 2018
One or more of these citrusy fruits a day associated with reduced risk of AMD 15 years later, study says. 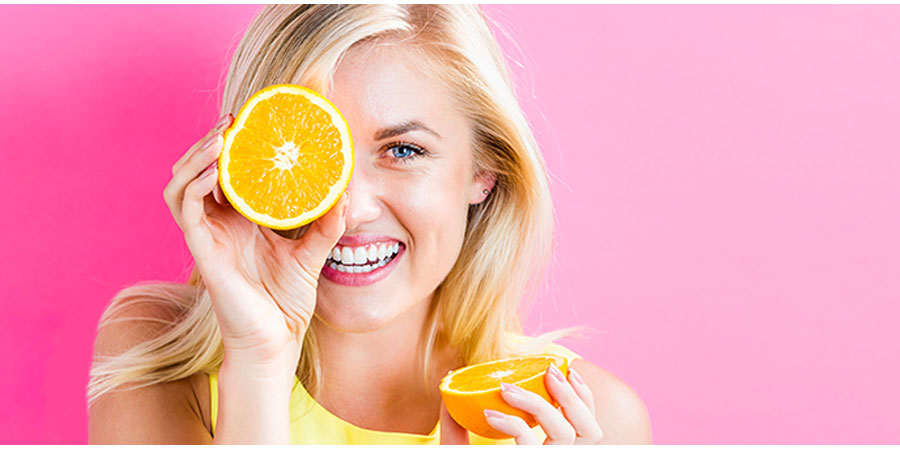 An apple a day may not keep the eye doctor away when it comes to age-related macular degeneration (AMD), but oranges might.

Published in the American Journal of Clinical Nutrition, a new prospective cohort study in older adults found epidemiological evidence of an association between flavonoid intake and 15-year incidence of AMD, specifically noting that one serving of oranges daily could be enough to reduce risk of AMD development by more than 60%. Such findings add to a body of evidence that already identifies common nutrients, such as vitamins C, E, A and carotenoids, as having a somewhat mitigating role against the debilitating eye disease.

AMD, the leading cause of severe vision loss and blindness among Americans 65 and older, occurs with changes to the macula that degrade central vision. While early intervention can slow AMD's progression, it can neither permanently cure the disease nor restore lost vision. However, changes to lifestyle, diet or nutritional supplementation may help slow vision loss in the case of non-exudative (dry) AMD.

While previous research, including the Age-Related Eye Disease Study (AREDS and AREDS 2), extensively examined the role of antioxidants on AMD risk and progression, this latest study looks to fill a gap in research on phytochemicals with antioxidant and anti-inflammatory properties, namely flavonoids. A bioactive compound found in tea, chocolate, red wine, fruit and vegetables, flavonoids are known for their positive effects on vascular health and reversing oxidative stress.

That's why Australian researchers at the Westmead Institute for Medical Research examined flavonoid intake using the 15-year follow-up Blue Mountains Eye Study. Per the study, researchers identified more than 2,000 participants with complete dietary and AMD data, reporting AMD incidence at 15.3 and 4.1% for early and late AMD cases, respectively, after 15 years.

Researchers found participants who reported at least one serving of oranges daily, compared with those who never ate oranges at baseline, had a reduced risk of incident late AMD 15 years later. Those who consumed the highest total flavanone intake had a nearly 60% reduced likelihood of any AMD, while participants in the highest hesperidin intake also demonstrated reduced odds of any or early AMD. Notably, no significant associations were observed between AMD prevalence and the consumption of apples, tea, red wine and beer, the study notes.

"Essentially we found that people who eat at least one serving of oranges every day have a reduced risk of developing macular degeneration compared with people who never eat oranges," says lead researcher Bamini Gopinath, Ph.D., associate professor at the University of Sydney, in a news release. "Even eating an orange once a week seems to offer significant benefits."

However promising the flavonoid—AMD association appears, researchers caution further research is necessary and it's too early to make recommendations on daily flavonoid intakes for AMD prevention.

A diet high in leafy, green vegetables, rich in carotenoids, has shown some effect on delaying or limiting AMD, as have synthetic supplements containing carotenoids and vitamins C, E and zinc. Antioxidants cannot reverse the damage caused by AMD but may prevent or slow its progression in certain patients.

Susan Summerton, O.D., certified nutritional specialist with the Ocular Nutrition and Wellness Society, says to reap the benefits of high flavonoids, it's better to eat oranges whole with natural fiber, rather than juice, due to the high glycemic index.

Interestingly enough, Dr. Summerton notes that a 2006 Japanese study found frequent citrus consumption was associated with a lower risk of incident dementia, noteworthy because of Alzheimer's disease hallmark buildup of beta-amyloid plaques and neurofibrillary tangles in the brain. Beta-amyloids are the main component of senile plaques, and an important component of drusen when AMD is present. Furthermore, a separate study concluded two flavonoids, luteolin and diosmin, both found in oranges, reduced levels of beta-amyloid in animal models.

"With the increasing prevalence of both conditions along with the aging of the population, it would be amazing if one simple, delicious orange every day could have such a positive outcome, but in reality, we know it's not that simplistic," Dr. Summerton says. "Perhaps switching dessert from cake, cookies and ice cream to an orange would be an appropriate recommendation to start."

Read more about how nutrition and AMD can go hand in hand.