April 3, 2018
Dry eye is among symptoms of the autoimmune condition. 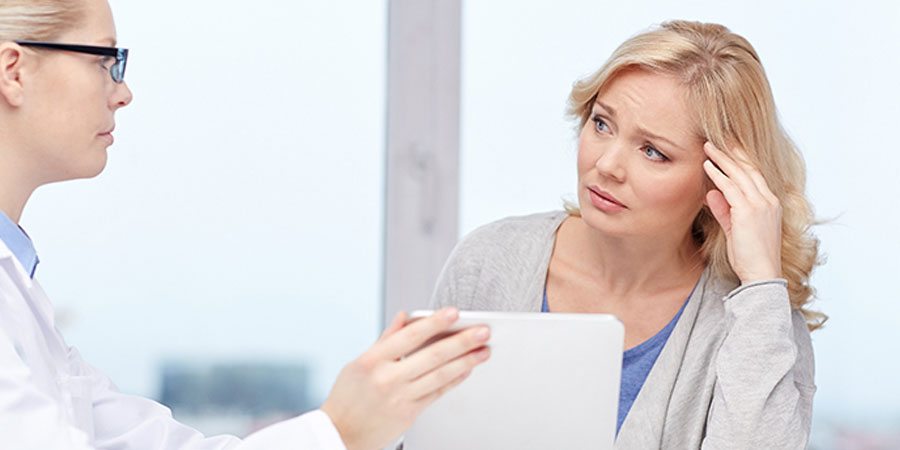 April is Sjögren's Awareness Month, and the observance presents an opportunity for doctors of optometry to inform patients about the autoimmune disease that impacts mostly women.

A national survey by the Sjögren's Syndrome Foundation, "Living with Sjögren's," paints a stark picture of what it is like to live with the systemic autoimmune disorder. Seven in 10 report that the chronic disorder got in the way of their daily routines. Majorities say it had disrupted their home and work lives and impacted their relationships.

Also, according to the survey responses from nearly 3,000 adults diagnosed with Sjögren's, they experienced a variety of symptoms including forgetfulness (60%) and dry mouth (92%).

Tied with dry mouth for the No. 1 symptom mentioned by survey respondents: Dry eye. Doctors of optometry can help patients detect the signs of Sjögren's-related dry eye disease.

The case for under-diagnosis

That link between Sjögren's and dry eye comes as no surprise to Jillian Ziemanski, O.D., M.S.., clinical assistant professor, School of Optometry at the University of Alabama at Birmingham. Among Dr. Ziemanski's teaching and research interests are Sjögren's Syndrome and dry eye.

"Dry eye is the most common ocular manifestation of Sjogren's syndrome," says Dr. Ziemanski, who also directs the UAB School of Optometry's new Dry Eye Relief Clinic. "The exact mechanism that predisposes Sjögren's to preferentially affect the lacrimal and salivary glands are not fully understood. A somewhat new concept is the understanding that Sjögren's is an autoimmune epithelitis, and the epithelial cells are both a target of the disease and a perpetuator of the disease."

That link—and the fact that there is no full-proof diagnostic test or effective treatment for Sjögren's—presents a challenge to detecting the disease. In its early stages, Dr. Ziemanski says, the symptoms for Sjögren's can be vague and hard to distinguish from other conditions.

The symptoms cited by patients in the national survey include:

Says Dr. Ziemanski: "The symptoms typically come on gradually, so patients may not be fully aware that something is wrong. They may even think the symptoms are normal aging changes. Doctors of optometry recognize the dry eye symptoms but often associate them with 'routine' dry eye disease and not necessarily part of a systemic disease process. To suspect Sjögren's, doctors of optometry should look for progressive worsening of dry eye disease or failure to respond to conventional dry eye therapy. Often, though not always, Sjögren's dry eye is a more severe type of dry eye. A more proactive approach than waiting for the disease to worsen is to incorporate a pointed review of systems that asks for other common manifestations of Sjögren's."

What might doctors of optometry look for? Be proactive—start by asking patients the right questions, Dr. Ziemanski says:

"Ask the questions to help you rule it out early and revisit the possibility of 'conversion to Sjögren's' during the longitudinal management of a patient's dry eye," she says. "While these questions aren't specific to Sjögren's, positive responses can heighten the awareness of Sjögren's and possibly prompt a more targeted workup looking for serological markers of Sjögren's.

"When the disease is finally suspected, the first step in diagnosis is to test for serological markers (often a combination of anti-Ro/SSA, anti-La/SSB, ANA and RF)," Dr. Ziemanski says. "Unfortunately, these tests are highly variable and may give false negatives and/or positives. But, if suspicion is really high, then a biopsy of a minor salivary gland can be performed to look for cellular infiltration (immune cells) of the glands. Typically, doctors of optometry will refer to rheumatology for consultation regarding the necessity of this test. Unfortunately, this biopsy can also be variable. One of the greatest unmet needs of Sjögren's Syndrome is that we ultimately don't have good diagnostic tests for it."

Research has shown promise. An article in a February 2018 issue of Nature Reviews - Rheumatology, "B cells in the pathogenesis of primary Sjögren's syndrome," explored the role of B cells in its pathogenesis and urged developing targeted therapies as a "new hope for patients."

Still, there are a number of cases out there that haven't been diagnosed or treated.

"Sometimes detecting Sjögren's is like finding a needle in a haystack," Dr. Ziemanki says. "To doctors of optometry, it looks like dry eye, which is an incredibly common condition. Odds are it is just dry eye. Doctors of optometry need to be astute though and look for other signs and symptoms that might help raise suspicion of Sjögren's and prompt a workup."