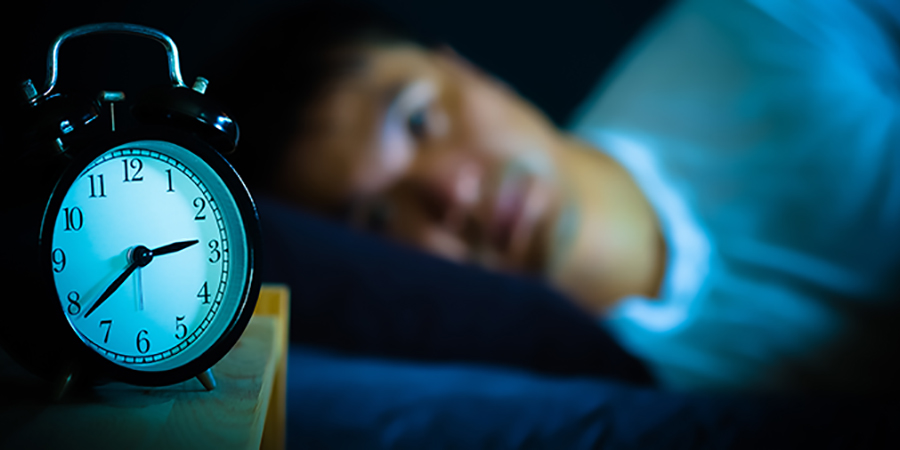 When it comes to sleep, Americans aren't just complaining about quantity. Quality matters most to them.

"When they feel sleepy, more Americans say it's generally because they're not sleeping well enough (55%) as opposed to not having enough time to sleep (44%)," The National Sleep Foundation reported in its 2020 Sleep in America® Poll. The foundation released its poll this week to coincide with Sleep Awareness Week (March 8-14). Friday, March 13, also marks World Sleep Day.

For doctors of optometry, that poor-quality sleep can have systemic and ocular implications for their patients' health.

How doctors of optometry play a role

"The strongest correlation is between Floppy Eyelid Syndrome (FES) and sleep apnea—sleep apnea is reported in 96% of patients with FES," he says. "Sleep apnea can also make glaucoma (especially normotensive) more difficult to control. We know that a big component in glaucoma control is nerve perfusion, which can be reduced with too low of blood pressure or with obstructive sleep apnea.

"Apnea has also been linked to an increased risk for heart attacks and strokes," he says.

For instance, in a study published online in March 2020 by the Journal of the American College of Cardiology, researchers reported that adults between the ages of 45-84 with the "most irregular sleep duration or timing had more than double the risk of developing a cardiovascular event over the follow-up period compared to those with the most regular sleep patterns.

Doctors of optometry should be aware of the linkage and be prepared to respond, Dr. Robertson says.

"Optometrists are physicians and need to consider the patient's entire health during comprehensive exams," he says. "Checking for FES literally only takes touching the lower eyelid to determine, a simple manipulation that all optometrists should do anyway to view the lower palpebral and bulbar conjunctiva as well as meibomian glands.

"FES is easy to diagnose and has a very high correlation to sleep apnea," he adds. "If optometrists notice this, they should discuss sleep habits (i.e., snoring, waking tired, constant fatigue, tossing and turning) and observe for other physical characteristics correlated to sleep apnea. Optometrists should introduce themselves to local sleep apnea treatment centers and have a brochure and pamphlet they can give to patients to refer them for proper testing and treatment as needed. It's a great way to build a relationship with other medical professionals in your area and boost referrals from outside sources. I gave my local sleep apnea testing centers a copy of the article I wrote, so they understood the need for regular eye exams for their sleep apnea patients."

The national sleep poll noted that 44% of Americans feel sleepy 2-4 days a week. The impact of the sleepiness is that it affects their mood, productivity and health. Among suggestions for bleary-eyed patients suffering from a lack of sleep, the National Sleep Foundation offers several tips: