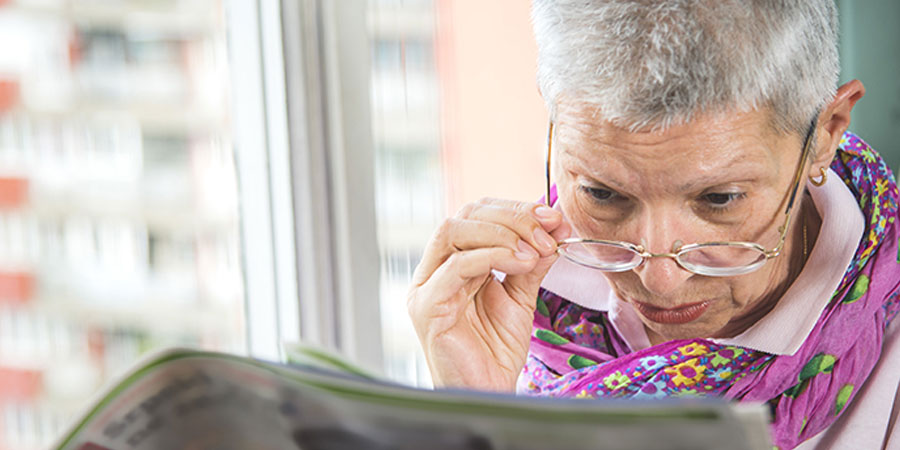 Currently, treatment of exudative, or wet, AMD consists of angiogenesis inhibitors (the anti-VEGF family) or retinal surgery; however, the former only keeps the condition in check through repeated therapy, while the latter cannot prevent disease recurrence. That said, there is no treatment for the far more common atrophic from of AMD, where central vision is lost due to gradual thinning of the macula. In the case of atrophic, or dry, AMD, lifestyle, dietary changes and nutritional supplementation are often prescribed to slow vision loss.

However, this collaborative team of researchers from University College London, University of California-Santa Barbara (UCSB) and Moorfields Eye Hospital in London have now demonstrated that damaged RPE cells resulting from exudative AMD can be replenished with an hESC patch transplanted beneath the retina.

In a two-hour operation, researchers used a novel surgical delivery tool to place one hESC-RPE patch beneath the fovea in the affected eyes of two patients, both suffering from severe exudative AMD. To determine RPE survival and visual recovery, these patients were monitored for 12 months diagnostically and using a letter chart to define best corrected visual acuity (BCVA).

After one year, patients' BCVA improved from 20/640 to 20/160 and 20/800 to 20/250, while reading speeds improved from 1.7 to 82.8 and 0 to 47.8 words per minute, respectively. The study notes that Pelli-Robson contrast sensitivity also improved from 0.45 to 1.35 and 0 to 1.05 during this time. Although researchers reported three serious adverse events, all were unrelated to the RPE patches themselves and involved the post-operative immunosuppression and retinal detachment.

"This study represents real progress in regenerative medicine and opens the door on new treatment options for people with (AMD)," notes study co-author Peter Coffey, a professor at UCSB's Neuroscience Research Institute and co-director for its Center for Stem Cell Biology & Engineering, in a university news release.

"We hope this will lead to an affordable 'off-the-shelf' therapy that could be made available to (National Health Service) patients within the next five years."

Stem cells an answer to AMD?

Should further clinical investigations bear positive results, stem cell therapy stands to bolster the treatment options already available to the millions of wet AMD suffers. In fact, the Centers for Disease Control and Prevention (CDC) estimates that AMD affects more than 1.8 million people ages 40 and older with another 7.3 million at substantial risk for AMD-related vision loss.

The leading cause of permanent impairment of fine or close-up vision among people 65 and older, AMD occurs with changes in the macula that degrade central vision. In its early stages, macular degeneration may go unnoticed, and once central vision is lost to macular degeneration, it cannot be restored. However, low-vision devices—telescopic and microscopic lenses—and services prescribed or recommended by doctors of optometry can maximize existing vision.

Although stem cell therapy is an exciting possibility for AMD treatment, many clinicians urge caution not only on the scope of this particular phase 1 clinical trial (with only two subjects), but also its availability to patients in the United States.

Leo Semes, O.D., former professor at University of Alabama-Birmingham School of Optometry and a founding fellow of the Optometric Retina Society, explains that embryonic stem cell research in the U.S. is fraught with controversy; therefore, American researchers will focus on induced pluripotent stem cells (iPSCs) instead.

"Stem cell therapy is becoming more sophisticated, and it's really a burgeoning field," Dr. Semes says. "My expectation would be that if this procedure is in fact successful in Great Britain, then where research is now with iPSCs, they'll be able to induce those to become human RPE and wouldn't require embryonic stem cells as a starting point."

But that doesn't mean Dr. Semes expects to see hESC RPE patches, or even RPE cells harvested from the patient's own peripheral retina, replacing the tried-and-true anti-VEGF therapy or laser surgery options anytime soon—quite the opposite. Despite the success with these two patients over the course of a year, some animal models prior to this current trial experienced tumorigenesis at the implant site many weeks later. It's indeterminate whether this would occur in humans or at what point, considering the analogous time interval in humans would represent a 20-year follow up.

It's also important to note, Dr. Semes says, that though this therapy did show improvement on BCVA, it isn't enough improvement for legal eligibility of a driver's license, for instance. Still, initial results have piqued clinicians' interest even if such therapy is only incremental progress and perhaps still over the horizon.

"I think it's promising, but I don't see it as an immediate replacement for current strategies at this time," Dr. Semes says.

The eyes, the brain and learning

A case study on pediatric concussion.