August 23, 2018
Glaucoma, AMD and diabetic retinopathy were associated with greater risks for Alzheimer’s. 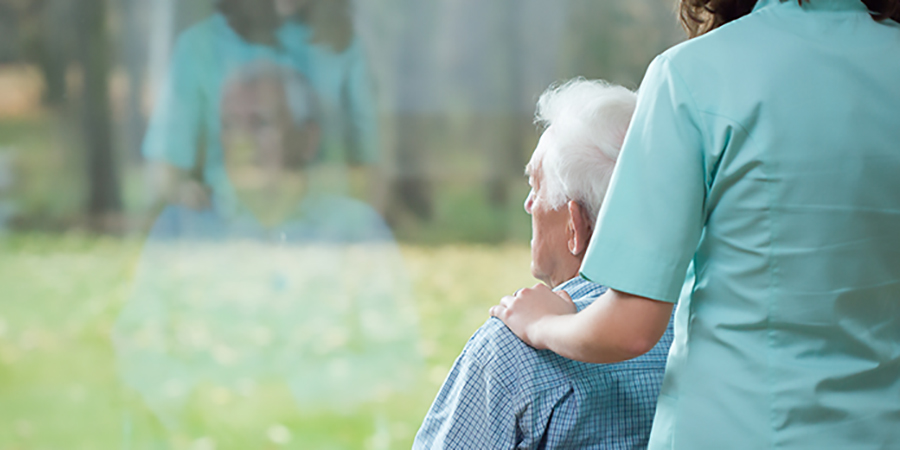 Not only a window to our souls, the eyes may also provide doctors of optometry an opening to patients' risks for Alzheimer's disease, a new study says.

The study, by University of Washington (UW) researchers, involved 3,877 adults age 65 and older, who were part of an ongoing, prospective cohort study initiated in 1994 ("Adult Changes in Thought"). From the outset, dementia-free, study participants were assessed for poor vision and cognition, researchers say, but they were followed over time until they developed dementia, dropped out or died. Alzheimer's, a chronic, progressive neurodegenerative disease, is a leading cause of dementia

In the study, published Aug. 8 in Alzheimer's & Dementia, the journal of the Alzheimer's Association, researchers looked at Alzheimer's risk for glaucoma, age-related macular degeneration (AMD), diabetic retinopathy and cataracts.

They found that glaucoma, AMD and diabetic retinopathy were associated with increased risk for Alzheimer's, controlling for several factors including age, sex, education and smoking. Not so for cataracts.

It would be tempting to dismiss the findings as "age-related phenomena," they add. Researchers conjectured in the study that the findings were due to more than that, the potential impact of their neurodegenerative pathways.

Key takeaway for doctors of optometry

Leo Semes, O.D., professor emeritus at the University of Alabama-Birmingham School of Optometry, praises the study for its large cohort, long-term follow-up of patients and well-defined criteria at baseline.

The study also underscores and extends for doctors of optometry the understanding of the risk factors for Alzheimer's disease, especially as it manifests in the eyes. The sooner doctors can detect and undertake sight-preserving treatment, the better, he says.

"There seems to be a growing body of evidence that these neurodegenerative disorders—whether it's glaucoma, Alzheimer's, ALS (amyotrophic lateral sclerosis), Parkinson's—might show up very early in the eyes," Dr. Semes says, taking additional note of the higher risk for patients with more recent diagnoses in some conditions.

"The earlier a diagnosis is made the more likely interventions will be valuable," he says, noting the growing prevalence of diabetes and the slow-creeping symptoms of glaucoma. "What they are trying to establish is some common pathways that might make it easier to recognize these conditions before a patient becomes over-symptomatic."