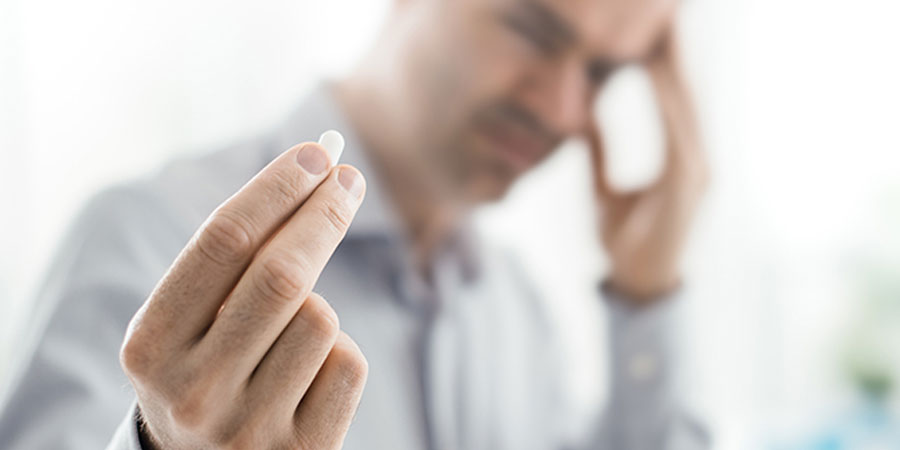 Published online in Ophthalmology, an analysis of patients in the landmark Age-Related Eye Disease Study (AREDS) and AREDS2 found no significant association between aspirin use and progression to late AMD or subtypes. Such evidence adds to the prevailing wisdom regarding AMD patients prescribed the nonsteroidal anti-inflammatory drug, e.g., that the overall benefits of aspirin use on decreasing risk of cardiovascular incidents far outweigh any risks to AMD progression.The leading cause of severe vision loss among U.S. adults over age 50, AMD currently affects 1.8 million people

with another 7.3 million at substantial risk for AMD-related vision loss. Essentially the loss of central vision from changes in the macula, AMD occurs in two forms: the more common, atrophic (dry) AMD that cannot be treated or cured, and the less common, exudative or neovascular (wet) AMD that may respond to laser procedures or injections.

In the case of the latter, regular aspirin use has been linked to exacerbating the risk of wet AMD, independent of history of cardiovascular disease or smoking. However, the risk is a comparatively small one—a 1% risk of developing wet AMD after 10 years for aspirin users versus 0.5% for nonusers as reported in the Beaver Dam Eye Study—and in the case of this most recent analysis, may be negligible.

"Aspirin use was not associated significantly with progression to late AMD or its subtypes in either the AREDS or AREDS2," authors concluded. "Patients with AMD need not avoid aspirin for this reason when its use is medically indicated."

Medically indicated is the optimal phrase. Millions of Americans take a daily, low-dose aspirin based on years of research that show its ability to mitigate heart disease and stroke, decreasing risk of cardiovascular disease by as much as 10% over a decade. But aspirin has its downside. Notwithstanding this cardiovascular prowess, regular aspirin use has serious side effects that don't outweigh overall benefits in otherwise healthy adults.

Recently, the American College of Cardiology (ACC) and the American Heart Association (AHA) announced daily, low-dose aspirin is no longer recommended for older adults who don't have a high risk or existing heart disease. The change came after three clinical trials in 2018 found any benefit gained from aspirin would be more than offset by the risk of internal bleeding or ulcer development, among other side effects, in people considered to have low or moderate risk of heart disease, reports say.

What's more, the study that spurred the joint ACC/AHA announcement suggested as many as 6.6 million Americans were taking daily, low-dose aspirin without a doctor's recommendation. Overall, 30-40 million Americans age 40 and older are using aspirin to prevent cardiovascular disease, including nearly half of seniors without heart disease.

Those numbers bring up an interesting question regarding management of patients with AMD and elected versus medically necessary aspirin use, says Steven Ferrucci, O.D., chief of optometry at Sepulveda VA Ambulatory Care Center and Nursing Home and professor at Southern California College of Optometry at Marshall B. Ketchum University.

"I would not recommend patients with AMD discontinuing their aspirin if recommended by their physician for decreased stroke risk, valve replacement or other cardiovascular risk," Dr. Ferrucci notes. "However, it's clear that many patients may just start aspirin use on their own and perhaps do not really need to be on it."

Based on this newest evidence, Dr. Ferrucci suggests it's prudent for doctors of optometry to review aspirin use among patients with AMD. So, too, doctors might inquire with patients' primary care providers as to whether it's advisable to continue what could amount to an unnecessary regimen, given the small increased risk of AMD advancement.

Read more about another popular medication and its interplay with glaucoma.