January 19, 2021
Photophobia is complex and experienced by approximately 50% of patients with TBI. 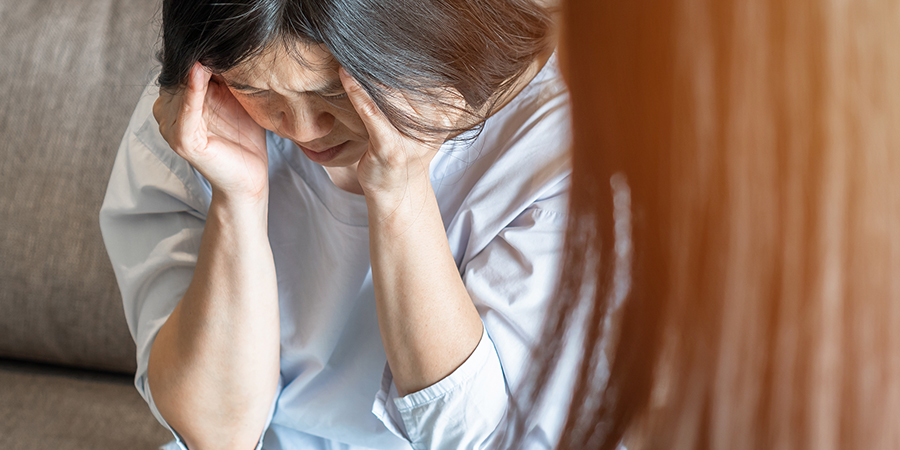 Written by Carl Garbus, O.D., a member of the AOA’s Vision Rehabilitation Committee.

Traumatic brain injury (TBI) is a major cause of morbidity and mortality throughout the world. Mild TBI (mTBI), which is typically defined by Glasgow Coma Scale score ≥ 13, accounts for the vast majority of all TBIs, particularly in the setting of sports-related injuries.

Many, if not all these conditions, relate to one or another. For example, convergence problems and accommodative problems are linked together. Another example would be headache and photophobia. In 1984, William V. Padula, O.D., described Post Trauma Vision Syndrome as a conglomerate of vision and spatial disorders that were present after a neurological event, TBI, cerebral vascular accident, multiple sclerosis and many other neurological conditions. One of the more common conditions in this group is photophobia or photosensitivity, which is experienced by approximately 50% of patients with TBI.

Anatomy and pathophysiology of photophobia

Photophobia is intimately linked to pain sensation. The trigeminal nerve and its nuclei are the primary mediators of pain sensation to the head. The eye—afferents lie in the ophthalmic (V1) portion of the trigeminal ganglion that transmits pain information from the eye. The conjunctiva, cornea, sclera and uvea (iris, ciliary body, and choroid) are densely innervated with trigeminal fibers and exquisitely sensitive to pain. A painful stimulus to these areas (e.g., corneal abrasion, iritis, uveitis) invariably causes photophobia. In contrast, the retina is insensate, as evidenced by the lack of pain from the majority of retinal disorders. The optic nerve does contain trigeminal afferents (not within the nerve, but within blood vessels, and dura), which cause pain associated with optic neuritis and arteritic anterior ischemic neuropathy. The orbit and other structures in the orbit also are pain sensitive (nociceptive). As would be expected, trigeminal V1 branches are nociceptive. Extraocular muscles have nociceptive afferents that travel along cranial nerves III, IV and VI, leading to pain with oculomotor problems. Orbital blood vessels are trigeminally innervated and contribute to the pain of orbital inflammation and superior orbital fissure syndrome.

What is the mechanism that triggers light sensitivity in TBI? This is a complex question because there are many cellular neuronal pathways that have been proposed on this topic. Let’s consider some of the more common mechanisms on a pathophysiological basis. Starting in the retina, we have photosensitive cells known as the rods, cones and the intrinsic photosensitive retinal ganglion cells known as ipRGC. The rods and cones are the predominant photosensitive cells in the human retina. The intrinsic photosensitive retinal ganglion cells contain the photopigment melanopsin. These cells specifically detect luminance levels, but they do not support vision. The ipRGC sends axons to the suprachiasmatic nucleus in the hypothalamus and they play a role in circadian rhythms. In addition, the ipRGC cells also send axons to the Edinger-Westphal nucleus to control the pupil light reflex. These are very special cells and there are only 3,000 of these cells in the human retina representing only .2% of all RGCs. Theses cells are photoreceptive, displaying maximum sensitivity to blue light within the ranges 460 nm to 480 nm. This is the melanopsin-signaling system that fires up when exposed to light and may be poorly regulated in patients with TBI. Dr. Ciuffreda and Kapoor reported that more than 50% of mTBI individuals who noted visual light adaptation problems demonstrated elevated dark adaption thresholds. This indicates it took longer to adapt to changes in light.

Okamoto et al. investigated neuronal activity after bright light stimulation in the caudal brainstem in rats. The results showed that light activated the trigeminal brainstem neurons through photoreceptors (rod, cone or ipRRG) in the retina. This in turn evoked ocular vasodilation and activation of pain-sensing neurons on blood vessels.

Now look at this from a more clinical perspective relating to problems with convergence insufficiency or other binocular disorders. When the visual system is not functioning efficiently after a neurological/traumatic injury, we often see a high exophoria or exotropia. This results in added stress on the visual system and activates the proprioceptive fibers in the extraocular muscles, which send signals to the trigeminal ganglion relating information about the added effort to control the eyes. Nerve signals sent to the trigeminal ganglion activates pain signals through the thalamus and up to the cerebral cortex. The patient may report eyestrain, headache, light sensitivity and even dizziness.

Light sensitivity from mTBI can be mild, moderate or severe. On the severe end, the clinician must deal with a patient who is constantly wearing sunglasses, even indoors. There is sensitivity to the fluorescent lighting, as well as digital devices, which are emitting large amounts of blue light. The problem is not easily resolved when it is severe and of long duration, but it can improve with the introduction of filters and vision rehabilitation. Goal No. 1 is to relieve symptoms with specific filters and to wean the patient off sunglass use indoors. Visual fatigue is linked to photosensitivity. It is not a standalone condition and is often linked to binocular vision problems. Application of binasal occlusion is used to reduce binocular stress in mTBI. The binasals help the system to be less hyper-focused, which in turn can reduce sensitivity to light. In addition, symptoms of indoor light sensitivity may decrease with blue filters. Outdoors the use of Polaroid, blue-blocking filters and FL-41 filter can be used to tone down the brightness. It is important to have trial filters in the optometric office for demonstration and testing purposes.

The subject of photophobia is complex. We have only skimmed the surface and the story of the intricate ipRPG cells will continue to unfold. Future research will lead us down the path to a better understanding of photophobia in mTBI and how we can provide better treatments.