5 things to ask your older patients about driving

November 18, 2019
Before Americans take to the highways for holiday travel, doctors of optometry can play a role in preventing fatalities among drivers 65 and older. 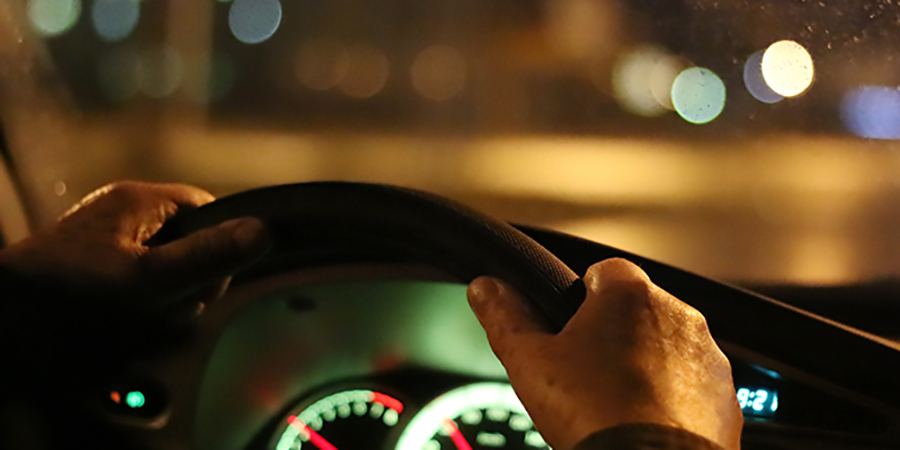 In October, the Department of Transportation announced a 2.4% drop in driving fatalities on our nation's highways in 2018. Just over 6,900 of the fatalities were people 65 years of age and older.

"This is encouraging news, but still far too many perished or were injured, and nearly all crashes are preventable, so much more work remains to be done to make America's roads safer for everyone," Department of Transportation Secretary Elaine Chao said.

Doctors of optometry can play a key role in preventing these traffic accidents, says Mark Wilkinson, O.D., director of vision rehabilitation services at the University of Iowa, Carver College of Medicine, department of ophthalmology and visual sciences.

"There is a longstanding link between aging and difficulties with driving, including increased automobile accidents," says Dr. Wilkinson, clinical professor of ophthalmology at Iowa. "I hear about driving difficulties, particularly at night, every day from my patients."

With age, our eyesight and/or quality of vision can decline. Common age-related eye diseases include glaucoma, diabetic retinopathy and macular degeneration. And it's not just our eyesight. According to a Centers for Disease Control and Prevention study published earlier this year,  vision and cognitive decline go hand in hand.

"As we age, our abilities to process visual information slows," Dr. Wilkinson says. "This can be measured with the Useful Field of View (UFOV) test. UFOV assesses higher-order visual processing skills such as selective and divided attention and visual processing speed under increasingly complex visual displays. UFOV more closely approximates the complexity of the driving task. With slowed visual processing speeds, it is harder to impossible to judge traffic accurately, particularly when making turns.

"The problem is that acuity charts only test vision at high contrast levels," he adds. "The world is not high contrast, and this is particularly the case at night. Research has shown that improvement in contrast sensitivity after cataract surgery is more important than improvement in visual acuity when assessing driving difficulties due to vision.

How doctors of optometry can keep roads safe

Dr. Wilkinson, who has been involved with various studies on driving performance and behaviors, recommends doctors of optometry start assessing older drivers by asking them a set of questions:

When faced with advocating for continued driving or not, additional testing can be helpful, Dr. Wilkinson says. That testing would cover contrast sensitivity, Useful Field of View and visual field testing, even in states that do not require it (non-threshold related testing including at least a I4e and a V4e isopter or the Humphrey SSA Kinetic test), he says.

"In general, fitness to drive cannot be determined by age, visual acuity and/or visual field alone," Dr. Wilkinson says. "The functional manifestations of various ocular conditions and the ability of individuals to compensate for their visual impairment varies widely. As doctors of optometry, we must use our knowledge and tools to assess competency to drive and/or refer for additional assessment as appropriate.

"Doctors of optometry are responsible for helping our patients understand when they should restrict their driving or retire from driving altogether," he says. "We need to serve as advocates for those individuals with reduced visual acuity or reduced visual fields, who have the compensatory skills to continue driving safely, despite those reductions."