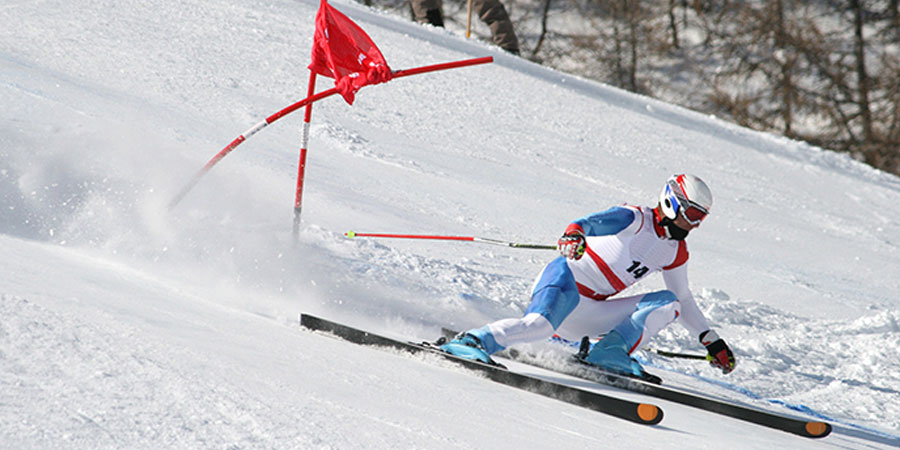 Imagine the strength required to push sturdy hockey players off the puck or lift and hold a partner in ice dancing in the air with one hand. All while competing for an Olympic medal.

Strength (29%), intelligence (16%) and speed (12%) were all duly cited as "important skills" for winter Olympians to possess in competition, according to the 2017 American Optometric Association (AOA) Eye-Q® Survey.

None of those, however, ranked No. 1. That distinction belongs to "good vision," with 43% of Americans picking it as the most important skill for winter Olympic athletes.

The result didn't come as a total surprise to Keith Smithson, O.D., who treats Washington, D.C., and Baltimore area professional sports stars and youth and is chair of the AOA Sports & Performance Vision Committee (SPVC).

"The survey truly shows the importance that the general public puts on visual performance, especially in regard to athletes," Dr. Smithson says.

The annual AOA American Eye-Q® Survey identifies attitudes and behaviors of Americans regarding eye care. Among other findings in the AOA's Eye-Q Survey:

"Studies have indicated that between 70 and 80% of our sensory input is taken in through our eyes," Dr. Smithson says. "In this model, the eyes truly guide the body and its completion of athletic tasks. Imagine trying to play any sport without your eyes."

Indeed, many visual skills are required for athletes to be competitive, say doctors of optometry who specialize in sports-vision care and performance. Among those skills are eye tracking, binocularity, eye-hand-body coordination, visual memory and visual reaction time, to name just a few.

Vision can guide an athlete's decision-making and response time.

Says fellow SPVC member Amanda Nanasy, O.D., who practices in Pembroke Pines, Florida: "Vision and balance are intricately tied. If anyone has ever tried to stand on one leg with their eyes closed, they know that keeping the body balanced without use of the visual system is nearly impossible. The eyes are constantly scanning, keeping skaters such as Mirai Nagasu, Bradie Tennell and Nathan Chen not only upright and balanced but aware of distances between themselves and the walls, as well as mental checkpoints they judge to allow room to complete their skills."

"The brain and the processing of visual information are equally important to the proper execution of athletic tasks," Dr. Smithson says.

Regardless of whether you are an elite athlete or not, Drs. Smithson and Nanasy say doctors of optometry can help you optimize visual performance. They can help athletes see, perceive and react to the conditions around them by performing tests for visual processing as part of a visual skills assessment, Dr. Smithson says.

"A comprehensive eye exam is essential for any athlete of any age to perform their sport to the best of their ability," he says. "A sports-centered eye exam can be completed by any doctor of optometry by simply paying attention to visual skills testing, such as depth perception, contrast and eye teaming and visual processing, acuity testing, a precision refraction and a thorough ocular health assessment."

Patients and other health care professionals can now search and identify doctors of optometry in their area with a special emphasis in sports vision by using the AOA's Find a Doctor locator.