Blue-light hype or much ado about nothing?

July 11, 2019
The public’s understanding of blue light may be fuzzy at best, but AOA offers five resources to help doctors clear up any confusion and discuss the latest guidance. 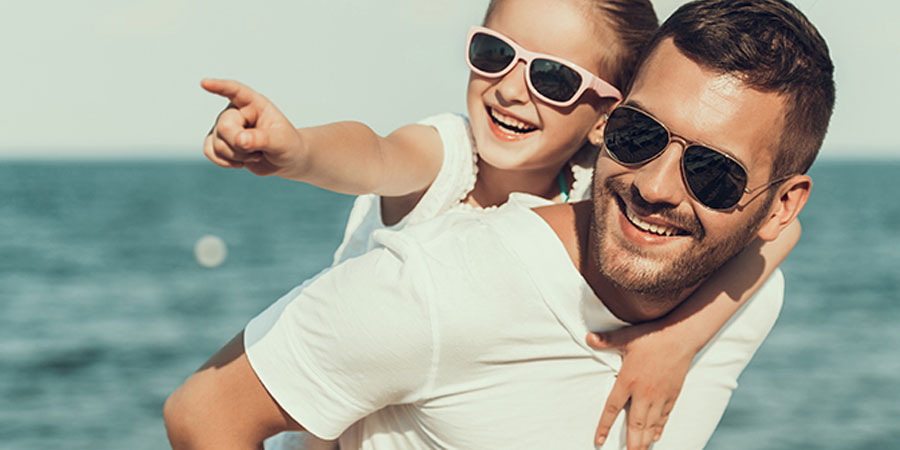 Blue light exposure is more cause for concern for healthy Z's than healthy eyes, current evidence suggests, yet Americans would be forgiven for thinking otherwise with a wave of figurative 'photophobia.'

Concerns about the amount of time we spend in front of digital screens have fueled a market to counter the presupposed effects of hours-long, high-energy wavelength light mere inches from our faces. Yet, the fact of the matter is that research doesn't conclusively show deleterious effects—at least not in the way some believe.

Blue light, high-energy wavelengths of light between 420 and 480 nm on the visible light spectrum can be both beneficial and harmful. Naturally contained within the full spectrum of visible and invisible (ultraviolet) rays of sunlight we experience daily, blue light helps suppress the body's melatonin production for boosting general alertness and awareness during the day.

That said, prolonged nighttime exposure to blue light from man-made sources, such as artificial lighting or digital screens, can throw the body's circadian rhythm off. At night when the body naturally produces melatonin to encourage sleep, bright light stimulation of photosensitive retinal ganglion cells can disrupt sleep by as much as 14 minutes, per a 2014 study in the journal Photochemistry and Photobiology.

"Stimulation of these cells by blue-colored light (or from strong white light with a substantial blue component) can inhibit sleep and keep one alert," notes the AOA's Light and Eye Damage resource. "This can be beneficial to keep one alert during tedious activities but can be detrimental if one is stimulated right before bedtime."

While the melatonin effect is well-known, blue light's documented effect on other bodily functions is less sound. Recently, a Spanish study described an association between prolonged blue-light exposure at night to cancer, diabetes or even heart disease; however, more evidence is necessary to say so conclusively. So, too, the evidence of ocular consequences from man-made sources of blue light is even more varied.

Blue light and the eyes

Blue light concerns often originate from the wavelength's proximity to ultraviolet (UV) light on the electromagnetic spectrum; visible blue light (420-480 nm) stops just short of the invisible UV (10-400 nm) band. While anterior structures of the eye block and absorb most UV rays from reaching the retina, visible blue light passes through the cornea and on to the light-sensitive tissue. As such, long-term overexposure to UV rays over the course of one's life can cause serious problems that affect the eye, such as damage to the cornea, cataract, pterygium and even increased risk for some forms of cancer. But, it's not only the front of the eye that's affected. Researchers hypothesize that sunlight exposure also is a risk factor for the development of age-related macular degeneration (AMD); however, large-scale epidemiological studies investigating this association in adults have produced mixed results.

Visible blue light that reaches the retina is absorbed by the retinal pigment epithelium (RPE) and certain photoreceptors, generating localized oxidative and thermal stress. In laboratory studies on rodent and primate models, direct retinal exposure to bright blue light for a prolonged time accelerated rates of RPE and photoreceptor death. Yet, in at least one of these studies, cell death was only noted at an energy level much higher than that typically emitted by electronic devices.

Recently, the French Agency for Food, Environmental and Occupational Health and Safety (ANSES) made headlines when it updated and reaffirmed its 2010 opinion that blue light from LED lighting—ranging from low-intensity digital screens to ambient LED lighting—does cause adverse health effects. ANSES doubled-down on findings that blue light's threat goes beyond simple circadian rhythm disruption and underscored its acute and chronic phototoxic effects.

"Regarding the phototoxic dose received by the retina, the results of the examination of exposure scenarios showed that LEDs were only different from other technologies in the 'worst case' scenario, in which the LED lighting systems used had very high levels of blue light (high color temperatures of around 6500 K)," the ANSES opinion reads.

"These LEDs can increase exposure in the phototoxic band, even at low luminance levels. Indeed, the photons of blue light have higher energy than the photons associated with longer wavelengths. They can therefore induce photochemical reactions similar to those caused by ultraviolet radiation."

Notably, ANSES emphasizes the need to clarify the exposure-response relationship correlated with such health effects but also recommended people—children in particular—limit their exposure to blue light near bedtime and favor indirect lighting or diffusers over prolonged exposure to direct lighting from moderate or higher-intensity LED lighting.

So, where does all this leave our current understanding of blue light? Karl Citek, O.D., Ph.D., Pacific University College of Optometry professor and member of the American National Standards Institute's Accredited Standards Committee for Ophthalmic Optics, says while there is a possibility that excessive blue light exposure can affect melatonin release and thus affect the sleep cycle, there is no new evidence to suggest that device-derived blue light exposure increases the risk of ocular damage. If anything, the evidence emphasizes the importance of wearing UV-A and UV-B blocking sunglasses when outdoors.

"The amount of blue light experienced from the sun outdoors greatly exceeds what any typical device can emit," Dr. Citek writes.

"Perhaps the most significant and obvious effect of blue light is that it can cause glare or haze, especially in someone who might be developing cataracts. Blue-blocking tints have long been used to reduce such glare or haze in any patient, regardless of age or condition, but you should seek the advice of your eye doctor before using such tints when vision and color perception are critical, such as driving at night."

Should patients want to discuss blue light, the AOA offers five resources that can help further the conversation: