Eating for your eyes

November 18, 2019
"You eat with your eyes first," sums up all we need to know about Americans’ diet: luscious over nutritious. A table talk over patients’ nutrition should be what the doctor of optometry orders. 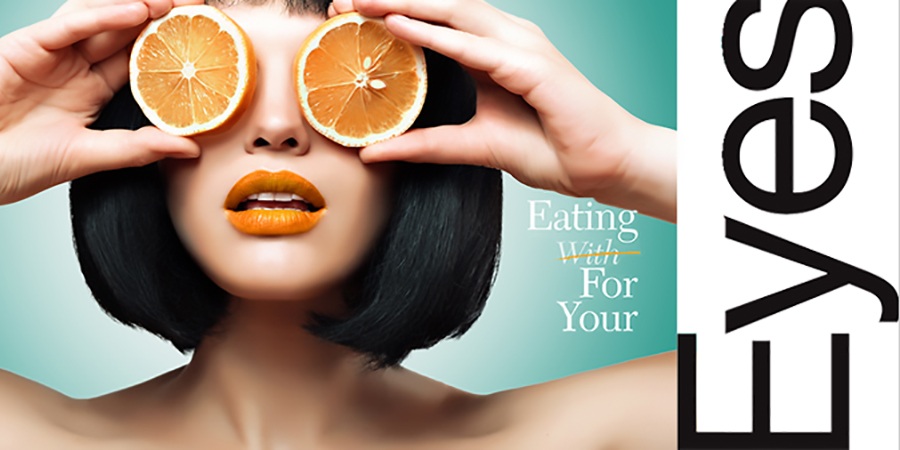 "Essentially, we're overfed and undernourished," she says. It's the result of numerous dietary shortcomings that are, in part, intensi­fied by message overload.

"It's impossible not to be bombarded by what is healthy, and there's almost too much information out there that's paralyzing to patients. We have taken something that is really very simple—just eating good food—and almost made it complicated."

In the same breath that Dr. Vollmer states the problem, the Nova Southeastern University College of Optometry (NSUCO) professor is issuing a call to action: All health care providers need to be part of the solution, and that goes doubly for optometry.

Regular, comprehensive eye care is often patients' primary entry point into the health care system, emphasizing the influence doctors of optometry have on overall patient health. However brief, this chair time affords doctors of optometry an opportunity to reinforce proper nutrition for not only reduction of vision loss risk but also prevention of chronic conditions.

"This is a good place for optometry to be," Dr. Vollmer says. "Because we know that once disease starts, it's like slowing down a moving locomotive."

The problem is diet. Americans are overexposed to products high in saturated fat, sugar and salt via packaged foods and beverages that are considered "ultra-processed and generally unhealthy," claims a July 2019 Northwestern University study. In fact, that analysis determined that 80% of Americans' total calorie consumption originates with store-bought products, and a whopping 71% of those-such as bread, salad dressing, snacks, sweets and sugary drinks-fall to the basement of the international NOVA Food Classi­fication System. In other words, the ready-to-eat variety that are inherently, nutritionally imbalanced.

And that's only considering store-bought products. Americans' love affair with fast food is well-known; on any given day, 37% of adults (84.8 million) consume fast food, per a 2018 report from the National Center for Health Statistics. Those products are often high in saturated fat, sodium and calories, but low on the nutrients our bodies need.

To illustrate these points among second-year NSUCO students in her ocular nutrition course, Dr. Vollmer starts simple with a food log. It's a "practice what you preach" method that helps future doctors understand where they fall on the nonprocessed to processed foods spectrum. The exercise is eye-opening and demonstrates why Dr. Vollmer espouses a food-first approach to ocular nutrition.

"How are patients nourishing themselves? Their eyes aren't in isolation, because if their eyes are unhealthy then everything else is probably unhealthy, too," she says. "It's very, very important for overall wellness—you must control the diabetes, the hypertension, the cholesterol—or their eyes will never get better. It's not holistic; this is evidence-based medicine."

What does healthy eating look like? The federal 2015-2020 Dietary Guidelines for Americans emphasize cutting saturated and trans fats, added sugars and sodium, in favor of a variety of vegetables, whole fruits, grains, fat-free or low-fat dairy, and a variety of proteins and oils. In the most basic form, portions should include half a plate of fruits and veggies, a quarter devoted to whole grains and a quarter devoted to protein.

These dietary recommendations won't come as a surprise to anyone. But what may be a shocker is how patients characterize their own diets, says Jeffry Gerson, O.D., Ocular Nutrition Society advisory board member.

"Some people have lousy diets and they tell you, some think they have a great diet and they really don't," Dr. Gerson says. "So, I generally start very simple with a global message: Eat more fruits and vegetables, particularly green, leafy vegetables, and try to eat less refined carbohydrates. In anyone's case, if you can accomplish those two things, you can take a step forward."

It's not the Mediterranean diet, touted for its association with lower prevalence of age-related macular degeneration (AMD) and cardiovascular benefits, but the key is you can do more. That's Dr. Gerson's initial conversation, and then, on subsequent visits, he gets into more specifics concerning diet or other options.

"The best thing would be to have patients follow a reasonable diet, but that's not often the most realistic thing," Dr. Gerson says. "That's where we can discuss general eye health wellness vitamins."

Inevitably, any ocular supplement discussions will find their way to the National Eye Institute's (NEI's) 2001 Age-Related Eye Disease Study (AREDS) and 2006 AREDS2. These landmark trials found a supplement containing lutein and zeaxanthin, vitamin C and vitamin E, zinc and copper could reduce the risk of developing advanced AMD (in high-risk patients) by as much as 25% over five years.

With the AREDS2 10-year follow-up results expected imminently, Dr. Gerson says eye care providers will have even more information available for making specific recommendations concerning the supplement. While he'll discuss AREDS2 with all AMD patients, he's most focused on those patients with advanced AMD.

"If I'm talking to someone with macular degeneration, I talk to them about five things-four of which are no different than what any other doctor they see will talk to them about-weight loss, smoking, exercise and healthy diet, and then the one thing I'll add is the importance of taking eye health supplements," Dr. Gerson says.

While AREDS is often a mainstay, it's far from the only supplement or nutrient formulation with results for eye health. For instance, the 2016 Diabetes Visual Function Supplement Study (DiVFuSS) reviewed a multi-component nutritional supplement designed to disrupt "established biological pathways in the genesis of diabetic retinopathy." That formulation consisted of vitamins C, D and E, zinc oxide, EPA and DHA, lipoic acid, coenzyme Q10 (CoQ10), lutein and zeaxanthin, benfotiamine, N-acetyl cysteine and resveratrol, as well as Pycnogenol and curcumin.

One of those nutrients, CoQ10, is an antioxidant naturally present in the heart, liver, kidneys and pancreas. However, with age, CoQ10 levels drop and evidence suggests it's especially low among patients with chronic conditions, such as heart disease.

That's why it's often included in heart health supplements, but also why it may hold promise in eye health.

Speci­fically, a 2000s clinical trial published in Ophthalmologica, called the Phototrope Study, investigated a combination of CoQ10, acetyl L-carnitine and omega-3 fatty acids as a means for improving visual function among patients with early AMD. Not only did the trial show it slowed early development of AMD, but also it suggested regression, says Steven Newman, O.D., Ocular Nutrition Society advisory board member.

"The pictures in this study just tell an amazing story; you can see drusen changes in the back of the retina, and after six months they're reduced," Dr. Newman says. The Phototrope Study brings up a prescient point that Dr. Newman likes to emphasize with colleagues nationwide, namely, ensuring patients with mild AMD don't progress to moderate or severe. In other words, hedging against progression before AREDS is even warranted. To further his point, Dr. Newman notes that the No. 1 prescribed drug in America, cholesterol-lowering statins, are known to counteract and decrease levels of naturally occurring CoQ10 in the body, thereby depleting a valuable antioxidant that may ward off early AMD. But, additionally, high cholesterol may be a canary in the coal mine.

As Leo Semes, O.D., a founding fellow of the Optometric Retina Society, explains, the early deposition of cholesterol beneath the retinal pigment epithelium impairs the eye's ability to absorb vitamin A; its de­ficiency is attributable to night blindness.

The 2016 ALSTAR study demonstrated how these clinically undetectable deposits precede drusen appearance but begin to negatively exert their influence on patients' dark adaptation. After only three years of follow-up, subjects initially found with abnormal dark adaptation speeds were two times more likely to have AMD and eight times more likely to have advanced beyond AMD's earliest stage.

"You are what you eat, and the early deposition of cholesterol is what seems to impair dark adaptation," Dr. Semes says. "So, making nutritional recommendations is something that optometrists can do, but also recommending antioxidants, zinc and omega-3s."

Speaking of, omega-3s-while not bene­ficial in the levels studied for AREDS2-they have been associated with reduced risk of diabetic retinopathy among middle-age and older adults. Also, it's been suggested that omega-3s may help with dry eye, though evidence is varied.

"Most of the patients who are in our chairs weren't even included in the demographics for AREDS2, yet we recommend these supplements to people who don't even necessarily qualify for it," Dr. Newman adds.

That's not to belittle the AREDS ­findings, which do support use among patients with moderate-to-severe AMD and contain nutrients bene­ficial to this patient group. It's about being more deliberate.

In terms of modifiable risk factors, nutrition is one of the best places that doctors of optometry can begin to make a positive change in patients' ocular outlook-if they embrace the opportunity.

"Many times, we feel as eye doctors that nutrition isn't our problem; it's the primary care provider's job," Dr. Vollmer says. "But I disagree. This needs to be a repetitive message to the patient, because if they keep receiving this message about nutrition, then they'll get it.

"We're all in this together."

Visit AOA Marketplace for nutrition and eye health resources, such as the Feast Your Eyes 12-page booklet that includes recommended dosages and food sources for essential eye health nutrients.