March 21, 2018
Could your exercise routine lower your risk of developing glaucoma? 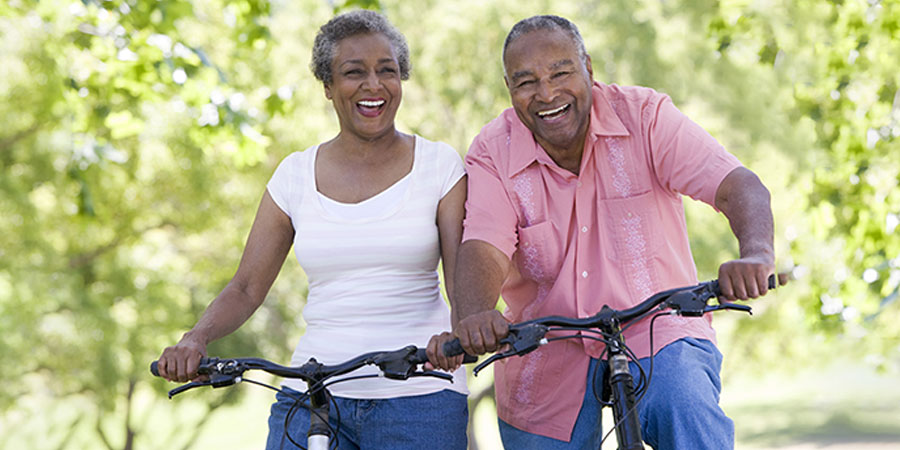 There is no cure for glaucoma—eye drops, medications and surgery are the most common treatments, and the only Food and Drug Administration-approved means, for slowing the disorder's progression by reducing ocular pressure.

Affecting 2.7 million Americans, glaucoma is caused by a progressive build-up of fluid pressure in the eye that can damage the optic nerve. It also is a leading cause of irreversible blindness in the U.S., and doctors of optometry have a leading role in its early diagnosis.

Researchers at the University of California, Los Angeles (UCLA) found that the act of exercising—and just as significantly the vigor of the exercise—showed a commiserate decline in developing glaucoma compared to exercising at slower speeds and fewer steps.

"The significance of our findings is that different levels of exercise may be associated with different levels of glaucoma risk," says Victoria L. Tseng, M.D., Ph.D., on the team of researchers. "Our hypothesis is that the protective association is related to direct changes in intraocular pressure as well as changes in bloodflow to the optic nerve during exercise."

The study (unpublished at press time) is an epidemiological analysis, which identifies associations but not causes.

For the study, the UCLA researchers consulted data from the National Health and Nutrition Examination Survey (NHANES). The large-scale, continuous survey has looked at the health and nutritional status of U.S. adults since the 1960s.

"The NHANES population that we studied included 1,387 subjects who participated in the 2005-2006 NHANES, which leads to a weighted total of 70,246,160 participants based on the NHANES multistage sampling design," Dr. Tseng says.

Moderate to vigorous activity in the study was expressed in terms of walking speed and steps per minute. Seven thousand steps a day, seven days a week was viewed as equivalent to 30 minutes a day of moderate to vigorous exercise at least five days a week, based on an American Heart Association recommendation.

For each 10-unit increase in walking speed and number of steps per minute, the risk for glaucoma declined by 6%, researchers say. For each 10-minute increase in moderate to vigorous activity per week, glaucoma risk declined 25%.

Leo Semes, O.D., retired professor at the University of Alabama-Birmingham School of Optometry, was principal author of the AOA's clinical practice guideline, Care of the Patient with Ocular Surface Disorders, in 2010 and one of the founding members of the Optometric Glaucoma Society and Optometric Retina Society.

"The conclusions are based on 'big data,'" Dr. Semes says. "The researchers correlate the number of steps per day as measured using a pedometer to stratify exercise as minimal, moderate and vigorous. In the end, the greater degree of exercise was inversely proportional to the risk for developing glaucoma."

Studies have shown the beneficial effects of exercise on health, says Dr. Semes, noting the growing number of digital devices that track patients' physical activities and aid in managing their conditions.

Still, patients should be cautioned not to overdo it, he adds. While exercise can lower intraocular pressure (IOP) in controlled situations, the effects can be transient, Dr. Semes says. Beyond that, he says there are various influences on IOP. He also cited a study from 2015 that reported four common yoga positions—downward-facing dog, standard forward-bend pose, plow pose and legs-up-the-wall pose—that caused IOP to rise in subjects without and being treated for glaucoma.

"The information is preliminary—exercise should not be seen as a 'cure,' but more as a supplementary means of lowering IOP, just as so many supplements for a variety of disorders are complementary," Dr. Semes says.