Flu views: Should you get a flu shot?

December 3, 2018
It’s CDC’s National Influenza Vaccination Week, reminding Americans that it’s never too late to get a flu vaccine. So, too, it’s important to take proper precautions to limit the spread of cold and flu virus in your clinic or practice. 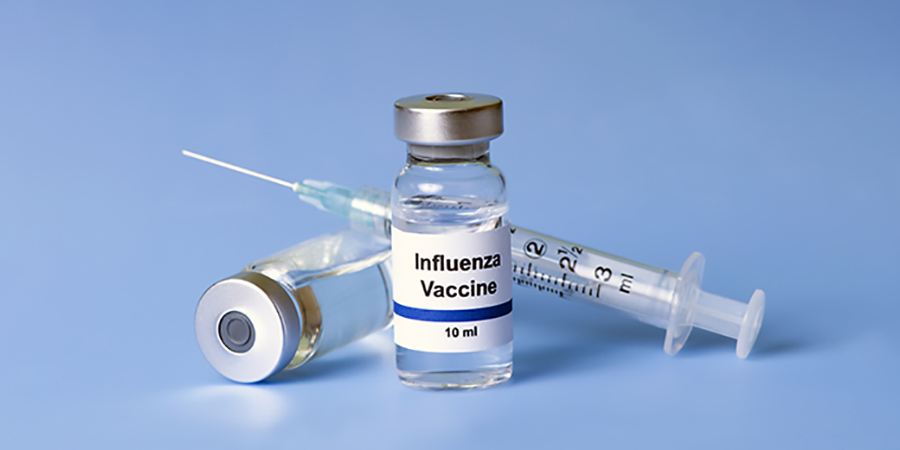 Less than a third of health care workers received an early flu vaccine by this point last year when their employers neither required nor encouraged vaccination—a number that only improved to less than half by season's end, health officials say.

Ahead of the particularly egregious 2017-18 flu season, the  Centers for Disease Control and Prevention (CDC) survey found that nearly 68% of all health care personnel had received vaccination coverage by November 2017 with 88% coverage among employers requiring the vaccine and 65% among employers simply recommending it. That contrasts with the roughly 30% coverage among those with no employer vaccination-related requirements, eventually climbing to 48% by season's end.

While physicians (83%) were second only to pharmacists (86%) in early vaccination coverage, nonclinical support or administrative staff (61%) and assistants or aides were lowest (56%). Ultimately, the CDC reports 78% coverage of all health care workers by the season's end with physicians leading the way at 96% coverage.

The CDC recommends a yearly flu vaccine for everyone 6 months of age and older by the end of October. That's because it can take up to two weeks for the body to develop sufficient antibodies after being vaccinated, and October typically signals the start of flu season. However, it's never too late to get a flu vaccine and CDC will be reminding Americans of this during its National Influenza Vaccination Week, Dec. 2-8.

"Flu season most often peaks between December and March, but activity can occur as late as May," says Dan Jernigan, M.D., director of the CDC's Influenza Division, in a news release. "We are encouraging people who have not yet been vaccinated this season to get vaccinated now."

Last year's flu season was among the worst on record with nearly 80,000 deaths and 900,000 hospitalizations nationwide, the CDC estimates. Fueling frustrations, the predominant influenza strain in circulation—H3N2—was resistant to last year's vaccine formulation and fomented discontent at the vaccine's effectiveness. Although studies show flu shots can reduce the risk of flu illness by 60% with a well-matched vaccine, the 2017-18 vaccine's effectiveness hovered around 40% overall with only a 25% effectiveness against influenza A (H3N2).

But what about this season? Public health officials often look to Australia for clues to the upcoming flu season's severity. With a winter that runs June to September, Australia is a good bellwether for the United States' own flu season. Reportedly, Australia's 2018 flu season peaked in early September with a moderate severity and vaccinated individuals were 68% less likely to see their doctor for influenza. Here at home, this year's vaccine is consistent with that of Australia's, containing an H1N1, an updated H3N2 and a B strain (the quadrivalent contains an extra B strain), and the CDC is hoping you take advantage of it.

Consequently, it can be helpful for optometric practices and clinics to remind doctors and staff about flu vaccines, as well as encourage and adhere to simple, effective infection control procedures. While the CDC Advisory Committee on Immunization Practices and the Healthcare Infection Control Practices Advisory Committee recommends that all U.S. health care workers—including doctors of optometry and their staff—get vaccinated annually against flu, is it appropriate for optometric offices to require or recommend flu vaccinations?

Doug Totten, O.D., AOA Ethics and Values Committee chair, says any action or effort that helps protect patients' health seems wise, be it getting an influenza vaccine or doctors excusing themselves from direct patient care when sick. Dr. Totten leans upon the AOA Standards of Professional Conduct that states, "the optometrist has the duty to avoid acts of omission or commission that would harm the patient."

Each year, debate surges about employer requirements for flu vaccines. Many employers, particularly large hospital networks, provide special exemptions from mandatory vaccinations, but employees sometimes argue the waiver or exemption policy is too onerous. Some conflicts have gone as far as the legal system for resolution.

But CDC data shows even an employer recommendation is enough to hike vaccination rates, more so than having no policy whatsoever. On the topic of mandated flu shots, Dr. Totten says some have questioned whether there should be a requirement at all for those not in direct contact with vulnerable patients.

"When making the decision to get an influenza vaccine yourself or to require flu shots for your staff, the dilemma should be weighed considering our obligation to protect the health of our patients," Dr. Totten says.

Beyond flu vaccinations, consider these recommendations from the CDC for limiting flu's spread in the office or clinic:

Consider setting an example and policy at your optometric office by encouraging flu vaccination.