Cigarette use down but not out: How optometry can help

November 20, 2019
The Great American Smokeout, Nov. 21, encourages smokers to start today toward a smoke-free life. Doctors of optometry can help be that catalyst and the AOA offers resources for starting the dialogue. 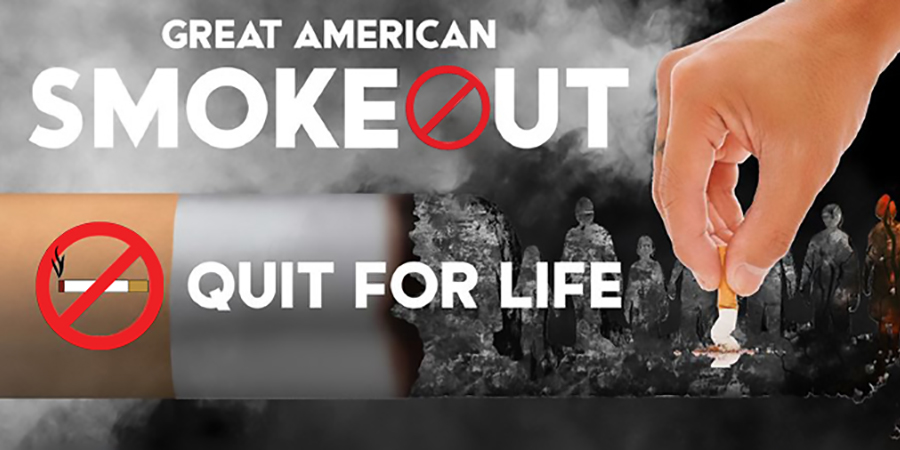 Continuing a decades-long trend, cigarette smoking fell to an all-time low among Americans, but health officials temper the anti-smoking progress with a rise in new tobacco products.

Published in the Centers' for Disease Control and Prevention (CDC's) Nov. 15 Morbidity and Mortality Weekly Report (MMWR),  the aggregate data shows a nearly two-thirds decline in adult cigarette smoking prevalence since 1965, falling to only 13.7% in 2018. The number "represents a major public health success," the CDC says, as other indicators of smoking cessation (quit attempts, recent cessation and quit ratio) are equally showing marked improvements in the past 9 years.

Still considered the leading cause of preventable disease, disability and death in the United States, smoking causes an estimated 480,000 deaths every year—or about 1 in every 5 deaths—while another 16 million Americans live with smoking-related diseases. Although cigarette smoking numbers are dramatically declining, the MMWR notes clear disparities in tobacco use among certain populations.

While traditional cigarette use is declining, the CDC notes small increases in adult e-cigarette (vaping) use (2.8% in 2017 to 3.2% in 2018) even as the prevalence of e-cigarette use among high school students soars (20.8% who report past 30-day usage). That trend is especially concerning as health officials scramble to warn the public against black market or tampered vaping products associated with a deadly, multi-state outbreak of lung injury.

Aside from e-cigarette/vaping product use associated with lung injury, little is known about the long-term use of e-cigarettes, often marketed as a smoking cessation device. Still, quitting smoking altogether at any age is beneficial for health.

Among current adult smokers, nearly 70% want to quit and nearly half tried to do so in the past year. That's why an event like the American Cancer Society's Great American Smokeout, Nov. 21, can help make a difference, encouraging those smokers to find the help and support necessary for quitting.

As primary eye care providers, doctors of optometry have an opportunity to educate their patients and direct them toward smoking cessation resources. In fact, the AOA's evidence-based clinical practice guideline, Comprehensive Adult Eye and Vision Examination, generally recommends counseling patients on smoking cessation and education, and suggests doctors be alert for new information.

The guideline states: "Eye doctors should ask about and document their patients' smoking status and inform them about the benefits to their eyes, vision and overall health, through smoking cessation ... counseling and educating patients about the potential impact of smoking may help maintain ocular and systemic health, and visual function."

Doctors seeking additional information for helping facilitate these patient conversations can make use of these AOA resources:

Additionally, consider these other resources for discussing or assisting smoking cessation conversations with patients:

Read more about how the AOA's getting involved in a public health initiative to curb smoking rates.