September 27, 2018
According to the CDC, by 2030 the number of blind and visually impaired people in the country will double. Doctors of optometry, examining and treating these patients, will be the providers who empower older Americans to maintain their independence. 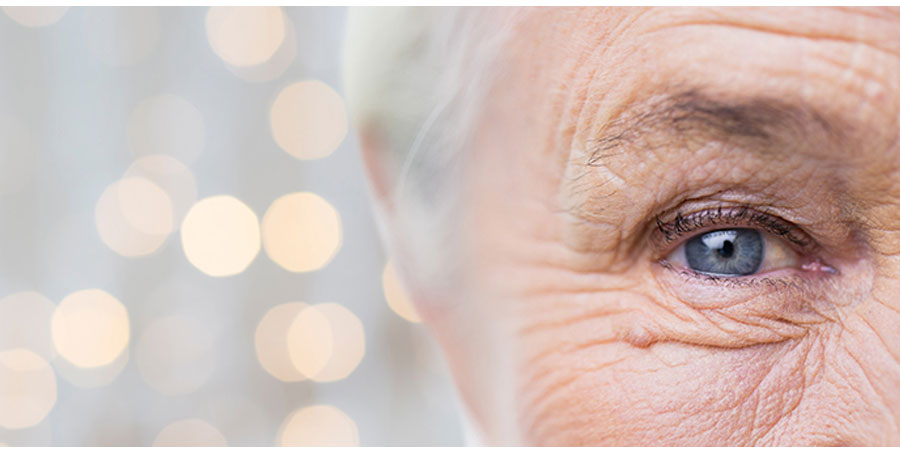 Excerpted from page 26 of the September 2018 edition of AOA Focus.

Eli Peli, O.D., recalls an email he received from a man, thanking him. His father, the man wrote, had suffered a stroke that had caused him to partially lose sight in his visual field (homonymous hemianopia). Since the stroke, his father had been trying to compensate by constantly turning his head to the blind side so he could see from his good side.

The father was eventually fitted with Peli lens, powerful low-vision peripheral prism lenses that expand the vision field by 30 degrees (57 prism diopters)-invented by Dr. Peli, who is professor of ophthalmology at Harvard Medical School and the Moakley Scholar in Aging Eye Research at the Schepens Eye Research Institute, Massachusetts Eye and Ear, in Boston, Massachusetts.

"The first time he tried them on, he immediately burst into a smile," the son wrote.

There is no shortage of aging patients in America. And optometry is perfectly positioned to address their inevitable-and often manageable-need for not only eye health and vision care, but also independence.

Sue Lowe, O.D., chair of the AOA's Health Promotions Committee, has managed the care of patients with vision impairment for three decades. "Our job, as doctors of optometry," she says, "is to help people continue to maintain a quality of life while they journey through it."

Graying of the red, white and blue

Five years ago, the National Center for Chronic Disease Prevention and Health Promotion, Division of Population Health, under the CDC, issued a report on the state of aging and health in the U.S. Its authors cited a wave of demographic change that would demand society come up with solutions to empower older Americans' health and mobility.

In March, a U.S. Census Bureau demographer underscored the change ahead: By 2030, the last baby boomer will turn 65-meaning 1 in 5 Americans will be of retirement age.

"The aging of baby boomers means that within just a couple decades, older people are projected to outnumber children for the first time in U.S. history," the demographer wrote. "By 2035, there will be 78 million people 65 years and older compared to 76.4 million under the age of 18."

The AOA and its doctors of optometry have long recognized this rising tide. For instance, in April 2015, the AOA Congressional Advocacy Conference (now known as AOA on Capitol Hill) welcomed officials from a Senate committee on aging and AARP to a special listening summit on the role of eye care in healthy aging. Among its conclusions was that Medicare presented a barrier to the eye health of older patients because the national health insurance program doesn't generally cover comprehensive eye exams. In July of that same year, the AOA presented at the White House Conference on Aging and stressed the importance of regular, comprehensive eye exams in detecting serious conditions. These points were reflected in the conference's final report.

Dr. Lowe recalls some 30 years ago when Paul Freeman, O.D., a past chair of the AOA's former Vision Rehabilitation Section (now the Vision Rehabilitation Committee), traveled from his western Pennsylvania practice to train her and her staff on how to provide vision impairment rehabilitation services to patients. Many of the patients in her Laramie, Wyoming, practice have been coming to her for years. She recalls a rock hunter who would spend his time looking for petrified finds on the Red Desert of Wyoming. As he got older, Dr. Lowe says, it became harder and harder for him to spot the fossils embedded in the rocks. His glasses were fitted with an autofocus telescope.

"We talk about what they want to be able to do," Dr. Lowe says, "and we teach them to see again. When you lose your sight, you have to learn where to look again."

For patients there are optical and non-optical options. In her practice, Dr. Lowe maintains a collection of gently used, low-vision devices that patients can try out (such as magnifiers), trade in or buy outright, because Medicare does not cover their costs.

Rebecca Wartman, O.D., practices in North Carolina, exclusively seeing patients in nursing homes for the past decade. Dr. Wartman was part of the committee that revised the AOA's Optometric Care of Nursing Home Residents manual in 2014. Aging patients can present unique challenges beyond their eye conditions, she says. Some patients have physical disabilities. Some may have hearing difficulties. Some suffer from comorbidities that come with age, such as hypertension and diabetes.

Consider the impact of falls.

How to prepare and care for aging patients

"As a profession, we are gearing up to prepare ourselves for handling these patients," says Bhavani Iyer, O.D., who chairs the AOA's Vision Rehabilitation Committee. Dr. Iyer is director of the Dan Arnold Center for Vision Rehabilitation and clinical associate professor at the University of Texas, McGovern Medical School.

To prepare for the growing numbers of older patients, Dr. Iyer says doctors can begin by taking the following actions:

Vision Rehabilitation resources for doctors have grown significantly, and AOA-member doctors can log in to their myAOA profile on aoa.org and mark a special emphasis in vision rehabilitation. This search feature will make it easier for doctors of optometry to receive referrals from other doctors, increase access to patients with specific vision needs, and become more integrated with treatment and coordination of services.

"We want to increase the number of optometrists practicing vision rehabilitation," Dr. Iyer says. "We also want to increase accessibility to these services so we can meet the needs of patients."