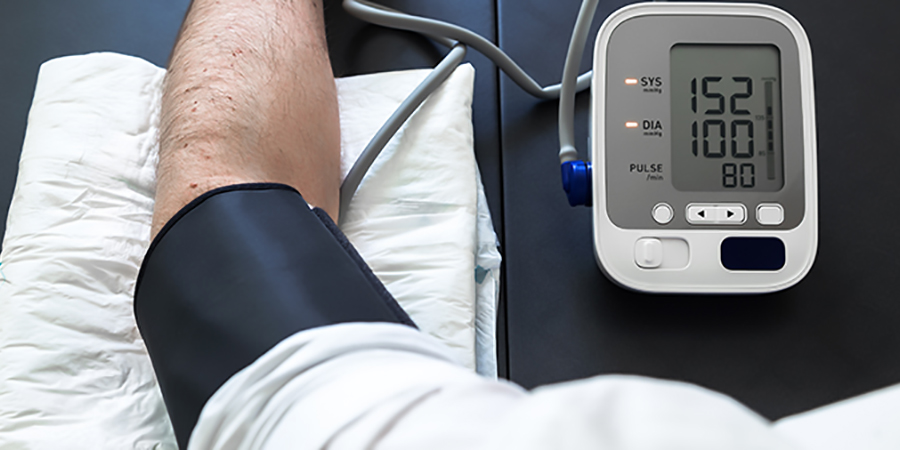 Which has the edge when doctors of optometry are considering blood pressure readings?

Systolic (upper)? Or diastolic (lower)? Or both?

According to researchers in the study, "Effect of Systolic and Diastolic Blood Pressure on Cardiovascular Outcomes," published in July in the New England Journal of Medicine, decades of research favored high systolic readings as most predictive of a harmful cardiovascular outcome. As a result, they were given more weight in cardiology guidelines and estimating risk, they say.

Not so fast, say the researchers from the research division and neuroscience and cardiology departments at Kaiser Permanente (Northern California and Redwood City, California), Brigham and Women's Hospital Heart and Vascular Center, and Harvard Medical School.

They both have "similar impacts," the study found. Researchers reviewed 36 million blood pressure readings taken of Kaiser-Permanente patients over an eight-year period and compared guidelines by the American College of Cardiology and the American Heart Association

"Although systolic blood pressure had a greater effect on outcomes, both systolic and diastolic hypertension independently influenced the risk of adverse cardiovascular events, regardless of the definition of hypertension (≥140/90 mm Hg or ≥130/80 mm Hg)," the researchers wrote.

About 1.3 million American adults are reported to have hypertension. Patients with high blood pressure have significant risk of cardiovascular disease.

Increasingly, because so many systemic conditions manifest in the eyes, doctors of optometry are measuring patients' blood pressure during preliminary testing. The earlier a condition can be spotted, the better the chance for successful outcomes.

Doctors of optometry have their pick of blood pressure guidelines.

"Patients with high blood pressure have significant risk of cardiovascular disease," says Elizabeth Steele, O.D., associate dean for clinical affairs at the University of Alabama-Birmingham School of Optometry. She also led continuing education on the hypertensive guidelines at the 2019 Optometry's Meeting®.

"They are at risk for increased vascular stress inside the eye, and subsequent vascular lesions, occlusions and ischemia," Dr. Steele adds. "I tell my patients that vascular health in the eye is the same as cardiovascular health. Ocular vasculature is part of the same system, with added barriers and risks. Any decision to maintain a 'heart healthy' lifestyle is a good one for the eyes."

The article helps to validate the recently lowered threshold values within the 2017 Clinical Guidelines from the American College of Cardiology/American Heart Association, says Dr. Steele, noting that the revised guidelines had generated "a good bit of controversy since with the lowered threshold for hypertension diagnosis, approximately 7 million in the United States would be considered "hypertensive."

"While most of the patients in this category were treated with lifestyle modifications alone (i.e., rather than with medications), the idea of a 26% increase in diagnosed hypertension in the country just did not 'sit well' with the expert community, so a closer look was warranted and welcomed," Dr. Steele says.

"Doctors of optometry are not diagnosing hypertension, but we are caring for those with known hypertension, and may encounter an elevated blood pressure in a patient without a known diagnosis," she adds. "It is typical and recommended that in doing either, we reference a guideline to make decisions and referrals. Using this updated guideline, with lowered thresholds, allows for earlier conversations with our patients—between us and their primary care physicians—regarding risk of future cardiovascular disease, lifestyle modifications and early intervention when indicated."