September 25, 2019
Doctors of optometry are well aware of the link between nutrition and eye health and relaying the message to patients plays a vital role in healthy vision. 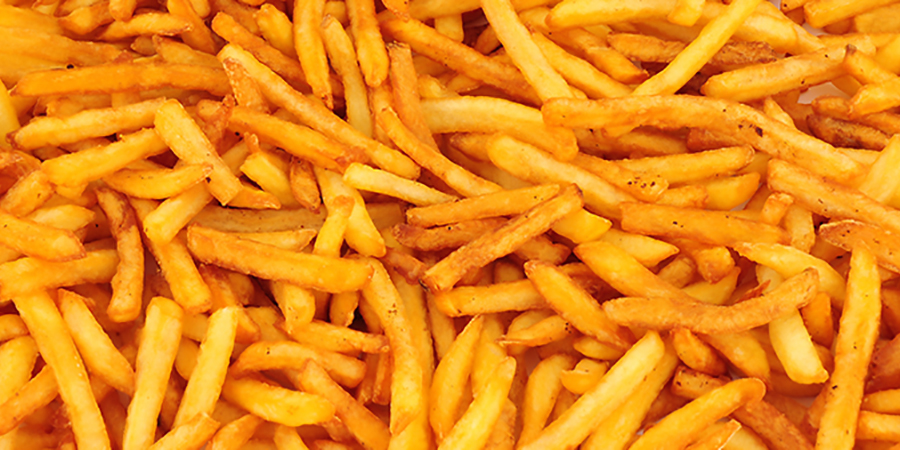 The widely publicized case of a teenager who went blind from a diet short on vitamin B—he ate french fries and little else—presents an opportunity for doctors of optometry to talk to patients about the link between nutrition and eye health.

The case report, published online Sept. 3 in the Annals of Internal Medicine, grabbed considerable attention. According to the report, the boy told his family's practitioner at age 14 that he felt fatigued. A year later, at age 15, he had developed hearing and vision losses. After two years of progressive vision loss, his visual acuity measured 20/200, say the report's authors at the University of Bristol, United Kingdom.

Finally, after years of testing and conflicting test results, the cause of his condition was traced to his diet. Because he would not eat certain foods due to their texture, researchers say, his diet consisted of fries daily and snacking on potato chips, white bread, processed ham slices and sausage. He had stopped taking his previously prescribed vitamin B injections.

Researchers say he was diagnosed with nutritional optic neuropathy, which is usually caused by malabsorption, drugs or poor diet, along with alcoholism and/or smoking.

Nutritional supplements corrected his vitamin deficiencies and he was referred for counseling for his eating disorder. Although his vision stabilized, it did not improve, they report.

Sources of vitamin B include whole grains, eggs and dairy, meat, nuts and seeds, legumes, dark, leafy vegetables and fruits.

Doctors of optometry are well aware of the link between nutrition and eye health. For instance, certain nutrients are known to delay the development and progression of cataracts and age-related macular degeneration.

"This case illustrates the importance of B vitamins, specifically vitamin B12 (cobalamin) for normal neurologic function, including the optic nerve," says A. Paul Chous, O.D., who lectures extensively on nutrition. "The patient in question consumed primarily highly refined carbohydrates (french fries, chips) with a modicum of pork, resulting in chronic vitamin B12 deficiency (and presumably other B vitamin deficiencies also implicated in neural dysfunction, given the lack of diversity in 'plant foods' other than potato derivatives) that permanently damaged the optic nerves, resulting in severe vision loss from nutritional optic neuropathy and, ultimately, axonal demise.

"Vitamin B12 deficiency results in reductions in folate and methionine metabolism," Dr. Chous says. "The result is increased formic acid that impairs the mitochondrial electron transport chain, resulting in the inability to produce ATP (adenosine triphosphate) and, ultimately, neuronal cell death as a result of energy depletion. Dietary vitamin B12 is found in the meat of ruminant animals, as well as eggs and dairy. Of note, B12 deficiency is a common feature of long-term metformin use for type 2 diabetes that typically results in sensory peripheral neuropathy, and it is likely that poor diet in tandem with metformin might accelerate dysfunction, including of the optic nerve."

The researchers recommend care providers ask patients about their diets, according to a university news release.

"Dietary histories should be part of routine clinical examinations, such as asking patients about smoking and alcohol intake," they say. "This may avoid a diagnosis of nutritional optic neuropathy being missed or delayed as some associated visual loss can fully recover if the nutritional deficiencies are treated early enough."

"The key point for eye care providers is to talk with our patients about the importance of dietary variety for ocular wellness, including advice to eat non-starchy plant foods (source of most B vitamins as well as other beneficial phytochemicals) and some animal-based protein and/or B12 supplementation (as well as a baseline multivitamin), especially given the depletion of micronutrients associated with modern agriculture as well as the toxic effects of Westernized diets," Dr. Chous says.