The many benefits of the Mediterranean Diet

May 4, 2020
Research has linked its benefits to reducing the risks for developing AMD, as well as other chronic disease. 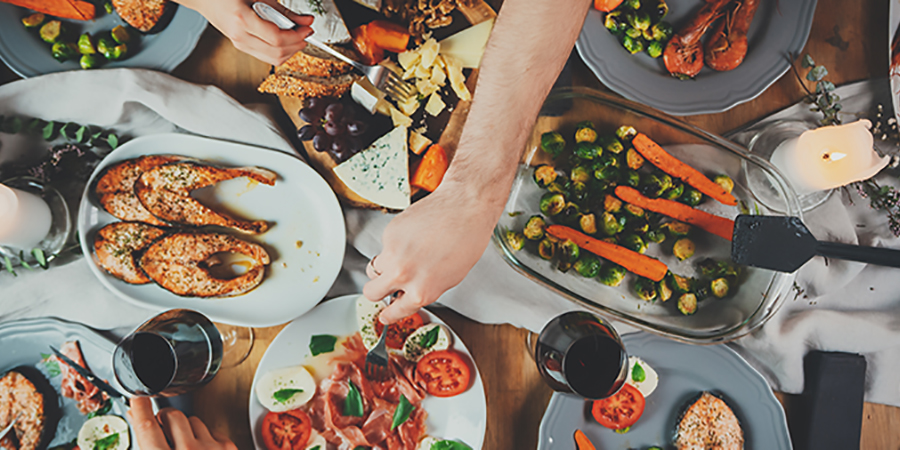 May is International Mediterranean Diet Month, an opportunity for doctors of optometry to reiterate to patients the link between nutrition and eye health.

Rich in plant-based foods, oils, fish, nuts, lean meats and whole grains, the popular diet has long been touted for its heart-healthy benefits. Research also has linked its benefits to reducing the risks for developing age-related macular degeneration (AMD), a leading cause of severe vision loss among U.S. adults over age 50.

In 2018, researchers at the international consortium EYE-RISK reported that the diet reduced the risk for AMD by 39%. It should be noted that the diet's benefits are derived in conjunction with lifestyle changes, including exercise. Among the points made in that study were the benefits of drinking more water, which can lead to greater hydration and increased metabolic rate and mitochondrial function.

Data analysis, published in April in Alzheimer's and Dementia: The Journal of the Alzheimer's Association, reported that adherence to the diet "was associated with lower risk of cognitive impairment but not slower decline in cognitive function."

Led by researchers at the National Eye Institute (NEI), the analysis looked at data from two major and well-known studies: Age-Related Eye Disease Study (known as AREDS), and AREDS2. Nearly 8,000 patients were enrolled in those studies of nutritional supplements.

"We do not always pay attention to our diets," says Emily Chew, M.D., director of the NEI Division of Epidemiology and Clinical Applications and lead author. "We need to explore how nutrition affects the brain and the eye."

A. Paul Chous, O.D., optometric representative to the National Diabetes Education Program of the National Institutes of Health, agrees. Dr. Chous urges doctors to talk to their patients about the link between nutrition and their health, especially eye health.

"Lowered risk of dementia in this study is undoubtedly linked to the anti-inflammatory effects of Mediterranean diets, including higher dietary levels of lutein and zeaxanthin, which are directly associated with reduced risk of dementia in several studies," Dr. Chous says. "Increasing levels of macular pigment not only lowers the risk of AMD, but also cognitive impairment.

"Here we have another study demonstrating a significant association between greater adherence to a Mediterranean-type diet and improved health outcomes," he adds. "In a nutshell, the Mediterranean diet significantly lowers the risk of developing dementia. A previous trial (PREDIMED) showed significantly less stroke with Mediterranean diets compared to low-fat diets. Although this new study did not appear to slow worsening of pre-existing cognitive decline in total, it is critical to note that higher consumption of fish did. Similarly, higher consumption of marine-based omega-3 fatty acids in PREDIMED showed a 50% reduction in the risk of developing severe diabetic retinopathy."