November 25, 2020
The AOA and state associations are working to ensure doctors of optometry will be included among initial COVID-19 vaccinations to health care workers, preserving Americans’ access to eye care. 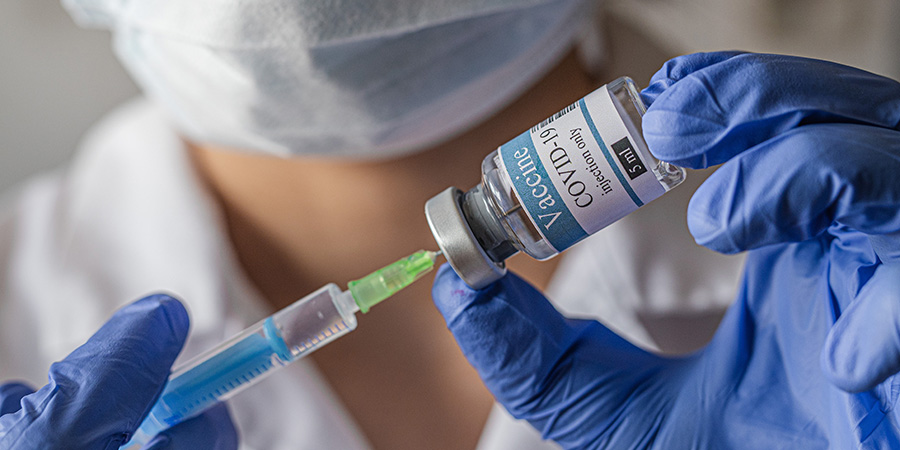 As a remarkable race to find effective COVID-19 vaccines produces candidates, government and public health officials pivot to the next dilemma—how does a pandemic-beleaguered U.S. health care system approach the herculean effort of delivering those vaccines and who gets priority?

In October, the National Academies of Science, Engineering and Medicine (NASEM) attempted to preempt those questions in a report outlining an “equitable allocation framework” that the U.S. Department of Health and Human Services (HHS) adopt in the development of guidelines for COVID-19 vaccine allocation and administration. Among its findings, the NASEM recommended a four-phased rollout with a Phase 1a to cover health care and essential workers, as well as first responders, given their critical role in maintaining health care system functionality; and a Phase 1b for at-risk populations.

The phased approach accounts for the obvious logistical difficulties in rolling out a limited number of COVID-19 vaccines developed with unparalleled speed. In nearly as many weeks, two COVID-19 vaccine trials reported above 90% efficacy with a third coming in at 70% on their way to gaining immediate U.S. Food and Drug Administration (FDA) approval for a mid-to-late December availability. What could prove to be the largest vaccination campaign in U.S. history comes as case counts surge and public health officials warn of “a dark winter” ahead.

Such is the case, the AOA and affiliates are working with state authorities to ensure doctors of optometry are fully recognized for their frontline, primary eye health care provider role and consequently included among the Phase 1a distribution of the COVID-19 vaccine nationwide.

“Although there’s hope on the horizon that a COVID-19 vaccine could bring about an end to this public health emergency, it will take a truly unparalleled, all-hands-on-deck approach within the health care system to ensure every American can safely and easily access one of these critical vaccines,” says William T. Reynolds, O.D., AOA president.

“Given the immediate severity of the health worker shortage, the nation’s COVID-19 vaccination response must fully recognize doctors of optometry in the first round of vaccines to ensure Americans a continuity of urgent and emergent eye care, thereby freeing up burdened emergency departments.”

In March, the Centers for Disease Control and Prevention (CDC) issued guidance that suddenly limited doctors of optometry to providing only chronic, urgent and emergent care. Despite dramatically reduced patient visits, doctors of optometry still provided critical care to more than 206,000 individuals in a one-month timeframe. Significantly, the majority of those patients would’ve otherwise sought care at an emergency department or urgent care center when such facilities were stretched thinnest.

Now, as health care systems once again face shortages of healthy medical staff and high ICU censuses in the wake of the latest COVID-19 case surge, the AOA and affiliates urge officials to consider how communities rely upon their doctors of optometry to triage such urgencies and emergencies when it comes to deciding what providers be included in the initial vaccination phase.

Given the logistical complexity of distribution, cold storage and administration, the CDC notified all 50 states and public health officials in September that a COVID-19 vaccine could be expected as early as November and that administrations should begin to lay out plans for its deployment. In its guidance, the CDC admonished administrators to recall the shaky 2009 H1N1 vaccination campaign that didn’t initially have enough doses to meet demand and anticipate challenges in administering a two-part vaccine, as well as identify groups to receive the dosage first.

In Kentucky, the department for public health released its draft vaccine distribution plan in mid-October, noting that a first shipment could arrive by late December or early 2021. The Kentucky Optometric Association (KOA) immediately reached out to Gov. Andy Beshear’s office and state public health commissioner, Steven Stack, M.D., to confirm that doctors of optometry would not only be included in the initial vaccination phase but also be recognized for their statutory authority to administer vaccines during a public health emergency.

“The commissioner called me directly and confirmed that optometry offices would be eligible to receive vaccinations during the first round of distribution as health care providers,” says Dinah Bevington, KOA executive director. While also noting the unique storage issues and large distribution of a COVID-19 vaccine, the commissioner advised it could be months before individual providers would be capable of administering vaccines.

“He was incredibly grateful for the profession’s willingness to assist in whatever fashion and it helped reiterate optometry’s role as essential health care providers.”

Likewise, the South Dakota Optometric Society (SDOS) immediately engaged the state’s department of health to track its own COVID-19 vaccine distribution plan. Although not directly allowing non-state entities’ input in crafting the plan, the health department has polled all health care licensing boards to determine the number of licensed practitioners to build into the state’s vaccination plan.

Deb Mortenson, SDOS executive director, says it’s clear that the first tier of vaccines will be provided to frontline health care workers and long-term care residents with other health care workers to receive subsequent doses when available; however, it’s unclear where optometry would be included in those plans. For now, the SDOS continues to track how the department of health’s plan unfolds and will advise members accordingly.

Ultimately, individual state plans will influence how the vaccine is distributed but the AOA continues to advocate with federal authorities to ensure that doctors of optometry aren’t overlooked. Recently, the AOA joined the CDC Coalition—a nonpartisan coalition of organizations committed to strengthening the U.S. public health infrastructure—and signed on to a legislative plea for $7.925 billion in emergency supplemental funding for CDC programs and health departments, in preparation for vaccine allocation, distribution and administration.

In addition to ensuring doctors of optometry are protected and equipped for the current COVID-19 surge, the AOA notes that with more than 46,000 doctors of optometry who deliver more than 80% of primary eye care in America, optometry is well-positioned to increase the public’s access to these critical immunizations. Reportedly, 70% of the nation’s 330 million population would need to be inoculated to achieve “herd immunity,” noted Operation Warp Speed’s clinical adviser, Moncef Slaoui, M.D., adding that the U.S. could potentially reach that point by May 2021.

But there are caveats to that goal. Americans would need to not only comply with COVID-19 vaccination recommendations—currently only 58% say they would get a vaccine—but also easily access any vaccines. The latter proves logistically difficult with some doses requiring special refrigeration, others multiple rounds of injections and the initially limited supply of vaccine available. Therefore, doctors of optometry are once again poised to provide critical support.

While some states—e.g., Kentucky and California—permit doctors of optometry to provide vaccinations, the current public health crisis has prompted policy leaders to recommend that states evaluate and expand their health care teams with regard to providing vaccinations. Recent HHS guidance on COVID-19 vaccines and administration noted states should “assess the provider types that can administer immunizations in your state … [and] consider whether there should be expansions of providers, including mass immunizers.”

Adds Dr. Reynolds: “As noted by HHS, this unparalleled situation also necessitates a reassessment of the provider types able to deliver immunizations in each state, recognizing that doctors of optometry can—and do—provide immunizations in some states and have the ability to expand this historic vaccination response.”

Want more information about the COVID-19 vaccine? The CDC offers a resource with the latest information pertinent to health care professionals.