April 22, 2021
The virtual Children’s Vision Summit is part of a yearlong dialogue being led by the AOA on how the COVID-19 crisis is impacting the eye health of children across the country. Doctors of optometry answer questions raised by their colleagues from the summit. 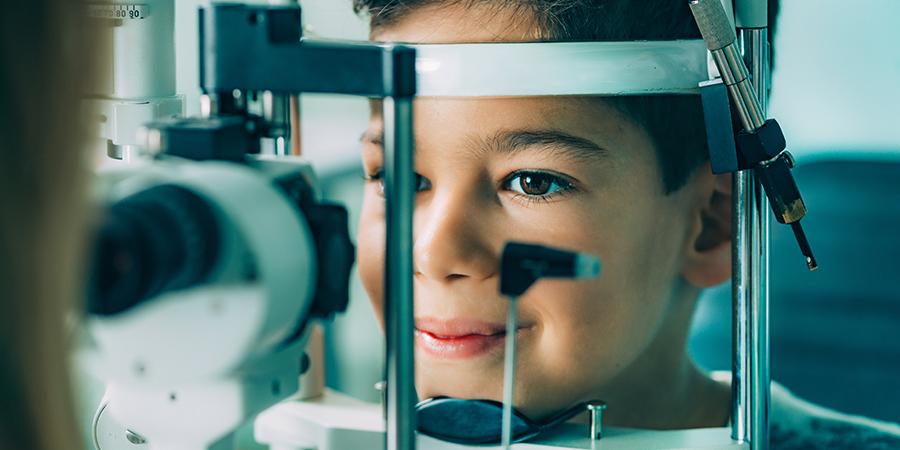 The conversation at the virtual AOA Emergency Children’s Vision Summit on March 24 was so rich that doctors of optometry on its panels spent the evening discussing the pandemic’s impact on children’s eye health and plotting a path forward.

The event included frontline doctors of optometry, industry leaders, and key state and federal policymakers, putting essential optometric care in the national spotlight. It marked the launch of a yearlong dialogue and actions aimed at getting children who have endured months of increased screen time to doctors of optometry for comprehensive eye exams.

Doctors of optometry report they are seeing increased numbers of patients with binocularity issues, digital eyestrain and dry eye. With remote learning and prolonged screen time induced by the pandemic, existing eye conditions have been exacerbated. The dialogue continues at Virtual AOA on Capitol Hill, May 23-25, and the AOA School Readiness Summit, for the public and policymakers, in July.

Following are answers to questions posed at the Children’s Vision Summit:

Can you provide an update in research behind outdoor control on myopia? Asking primarily because in some areas of the country, the seasonal weather prevents two hours of play outdoors for ¼ of the year. Are wide-open, indoor spaces (gymnasium, auditorium) also beneficial for myopia control?

Furthermore, several studies have shown that education about the benefits of outdoor time do not result in additional time outdoors. Only interventions conducted during school actually resulted in more time spent outdoors. Therefore, in order to have a meaningful effect, changes in public health policy related to time spent outdoors during school hours may be required to alter the onset of myopia.

Finally, additional outdoor time does not simply mean less time spent at near work and that the putative cue for outdoor time reducing the likelihood of myopia onset is simply more light. The additional light may increase the release of dopamine and slow eye growth. If that is the case, then wide-open indoor space is not beneficial. Doctors of optometry should educate parents about the benefits of outdoor time—not less near-related vision—for reducing the likelihood of myopia onset in children but should not assume that extends to slowing the progression in myopic children.

Do blue-blocking lenses promote myopia progression (given that there is an abundance of blue light outdoors and we know time outdoors helps slow progression)?

Research is still ongoing in that area, so science just doesn’t know yet. Clinical trials are underway.

How many states currently require an exam by an eye care professional before entering public school?

While children’s vision requirements for school entrance may vary widely across the country, one thing remains true: A child’s ability to learn and succeed academically is deeply tied to their overall vision health, and a comprehensive eye exam is the greatest way to ensure their success now and into the future.

States such as Kentucky have recognized this and worked to enact high standards in their states, by requiring students to obtain a comprehensive eye exam before entering school beginning at the age of three but no later than the age of six. This is critical because 73% of children with eye and vision problems will “pass” a traditional vision screening for amblyopia, or lazy eye, though screenings provide less than 4% of the eye tests needed to help children see.

Kentucky is not alone, though, as both Nebraska and Illinois have put into place laws and guidelines which closely mirror the high standards found in Kentucky. In Nebraska alone, it was found that an estimated 1 out of every 8 students had an eye problem that would not have been detected during a school-based screening. These should serve as sobering numbers for any legislator or regulator looking to address an issue such as this.

Do you think the pandemic will help allow myopia-control spectacle lenses to be available in the U.S. anytime soon?

The AOA understands myopia is a growing health concern, and doctors of optometry require a broad set of treatment options to consider in their clinical decision-making.  Innovation leads to additional clinical treatments, and those with strong evidence to support their use ultimately gain approval for use in the U.S.  As these innovative treatments become available, their patient-centered applicability and specific pros and cons can be included in our important discussions with patients and their caretakers.