April 3, 2020
Starting in 2021, cigarette packaging and ads will include graphic warnings depicting smoking’s health consequences, including the blinding condition that the AOA emphasized in FDA comments. 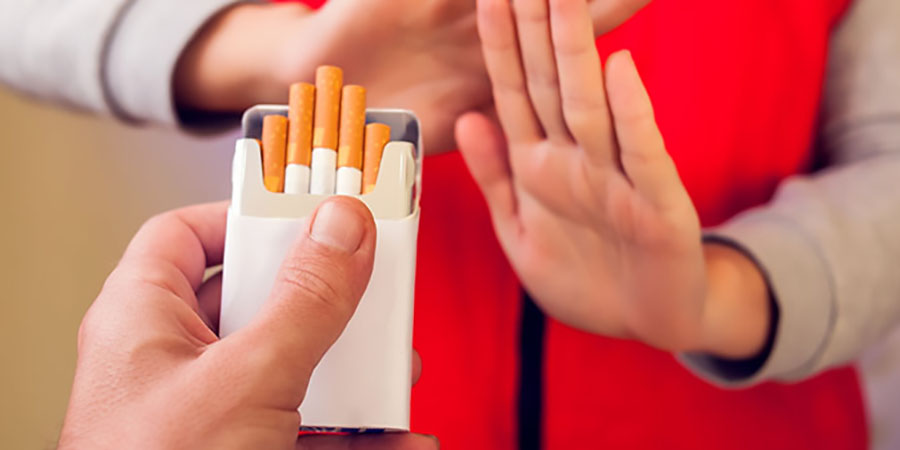 In March, the U.S. Food and Drug Administration (FDA) issued a final rule requiring that photo-realistic, color images be prominently displayed on all packaging and advertisements to promote greater public understanding of the negative health consequences of smoking. The FDA settled on a set of 11 required warnings—ranging from heart disease, cancers and diabetes to fetal growth and cataracts—that will consist of textual warning statements paired with photo-realistic images depicting that condition

"The 11 finalized cigarette health warnings represent the most significant change to cigarette labels in more than 35 years and will considerably increase public awareness of lesser-known, but serious negative health consequences of cigarette smoking," said Mitch Zeller, J.D., director of the FDA's Center for Tobacco Products, in a news release.

"The new cigarette health warnings complement other critical FDA actions, including outreach campaigns targeted to both adults and youth, to educate the public about the dangers associated with using cigarettes, as well as other tobacco products."

Starting June 18, 2021, GWLs must occupy the top 50% of the area of the front and rear panels of cigarette packaging and at least 20% of the area at the top of cigarette advertisements. In the example of cataracts, the GWL will specifically read, "WARNING: Smoking causes cataracts, which can lead to blindness," and depicts a man age 65 years or older with a clouded lens.

Cataracts' selection among the final GWLs comes after AOA publicly supported the FDA's inclusion of the vision-related consequences of smoking. In October 2019, the AOA applauded the FDA's proposed rule and called GWLs a necessary next step to improve the visual health outcomes of the public. Citing the $139 billion economic burden of vision loss and blindness in the U.S., the AOA reinforced how doctors of optometry are committed to educating patients about the dangers tobacco use poses to eye health and how the FDA's proposal reaffirmed existing chairside consultation.

"We applaud FDA's efforts to reduce the number of people who are visually impaired due to their lack of education surrounding the less-known adverse effects of smoking," said AOA President Barbara L. Horn, O.D. "AOA and its members stand ready to support this rule in any way we can and will remain actively involved in ensuring patient education and understanding of these important health issues."

As part of new authority granted to the FDA to regulate the manufacture, marketing and distribution of tobacco products under the Family Smoking Prevention and Tobacco Control Act, the agency initially proposed a GWL rule in 2011 that was ultimately blocked in court. This time, the FDA says it undertook a "science-based approach" to develop the new GWLs, specifically highlighting consumers' lack of awareness surrounding certain health consequences.

While vision loss consistently ranks among Americans' greatest health fears—even more so than loss of hearing, memory, speech or a limb—an FDA consumer research study found 88.7% of participants weren't aware that smoking could cause cataracts. These findings come despite a 2004 U.S. Surgeon General's Report on cigarette smoking that concluded sufficient evidence to infer a causal relationship between smoking and nuclear cataracts, and numerous studies since have affirmed that risk.

The cataract GWL was recollected by more than half of participants in the FDA's consumer research study as opposed to the Surgeon General's warning, which was recalled only by 1 in 4 participants. The FDA also noted in its final rule that this warning "grabbed attention more, resulted in more thinking about the risks, and was perceived to be more informative, to be more understandable, and to be more helpful in understanding the health effects of smoking."

As these GWLs begin circulating in mid-2021, the AOA encourages doctors of optometry to be ready to answer patient questions on tobacco use and support this public health initiative. To facilitate these conversations, consider these AOA and federal smoking cessation resources: