January 14, 2019
The AOA’s chief public health officer outlays a road map to the future of optometric care for patients with diabetes. 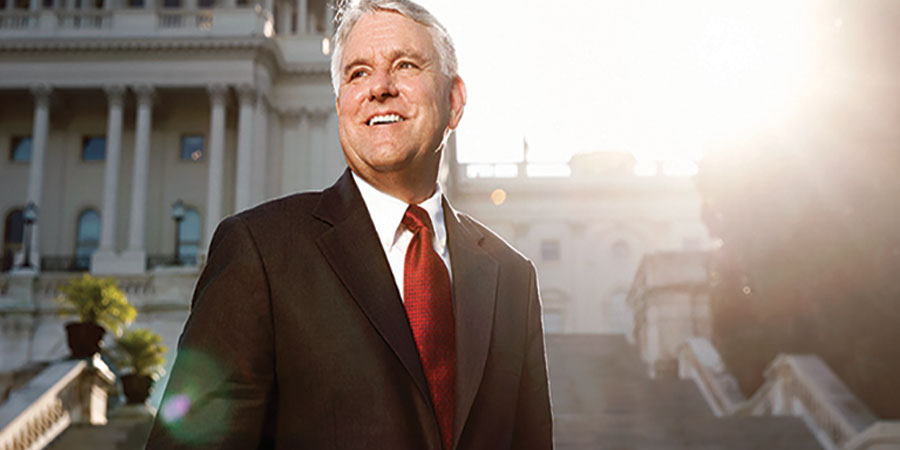 Excerpted from page 16 of the November 2018 edition of AOA Focus.

Michael Duenas, O.D., is a man on a mission. He isn't shy about expounding upon optometry's timely, meaningful care to anyone who's listening. It's advocacy that opens doors—and opportunities.

Opportunity is what optometry has before itself now, Dr. Duenas says. The connection between vision and eye health and overall systemic health is continuously bolstered in clinical literature, and nowhere is this more apparent than optometry's role in diabetes care.

Former advisory panel chair to the Patient-Centered Outcomes Research Institute—and the first doctor of optometry to serve on the panel that guides national priorities for research and improving health care delivery—Dr. Duenas has worked with the Centers for Disease Control and Prevention, and National Center for Chronic Disease Prevention and Health Promotion, as well as the National Commission on Vision and Health and George Washington University School of Public Health and Health Services.

In an interview with AOA Focus, Dr. Duenas outlays a road map to the future of optometric care for patients with diabetes.

Regarding the care of patients with diabetes, how far has optometry come and where should we be heading?

In just over three decades optometry has positioned itself, in diabetes care, from a spectator position to an integrated and valued team player. This transition, solidly based on evidence related to optometry's role in the detection and management of diabetic retinopathy, has been nurtured and fertilized through relentless state and federal optometry advocacy.

As the wave of diabetes, since optometry joining the diabetes care team, has grown by over 300%—now an epidemic/pandemic—optometry's role in diabetes care must expand accordingly.

How do we get to that point?

Simply put, it is past time that optometry move beyond diabetic retinopathy detection. Optometry must play a greater role in assisting a patients' glycemic control, their attainment of suitable body mass index, their reduction of cardiovascular risk factors and their avoidance of nephropathy.

Furthermore, optometry must contribute to the early diagnosis and prescribed treatment of type 2 diabetes and prediabetes.To get to this point it is simply a matter of turning on what is already there: adding laboratory testing or point-of-care testing (POCT) in a way that is consistent with optometry training, patient needs and the patient's extended diabetes care team.

How does optometry convince those who tell us to stay in our lane?

Optometry's lane is not constrained by diabetes; rather, diabetes is contained within optometry's lane. The eyes are the window to the body, foretellers of over 270 systemic diseases, many of which are observed in greater prevalence among individuals with diabetes and prediabetes.

A patient's duration of diabetes, their glycemic control, their attainment of suitable body mass index, their reduction of cardiovascular risk factors and their avoidance of nephropathy all play a key role in the development and progression of diabetic retinopathy, the leading cause of adult blindness.

In fact, the glycemic endpoints of a diabetes diagnosis, in the first instance, have as their basis vascular changes within the eye itself.

Just as optometry overcame naysayers in the past, evidence related to optometry's necessary expanding roles, combined with state and federal optometry advocacy, will make diabetic retinopathy detection a mere dotted line intended to be crossed by optometry.

How does an individual doctor of optometry start providing this care?

Recognize that their optometry training and expertise has placed them into the driver's seat. To drive quality diabetes care, they must now engage their turn signals and move in a direction apart from straight ahead (i.e., retinopathy detection). This movement may entail the use of POCT within their optometry clinic and with it a bit more federal and state regulation, in the form of the Clinical Laboratory Improvement Amendments (CLIA).

A doctor of optometry is fully trained to participate in CLIA, providing there is alignment between their capacity as a clinical health care provider and their state laws, rules and regulations. If this alignment exists, they should obtain a CLIA Certificate of Waiver and make the appropriate turn to enter POCT. If the appropriate alignment does not exist, they should engage optometry state advocacy and make the necessary change to outdated state laws, rules and regulations.