July 21, 2020
What’s the rub with your hand sanitizer? The FDA warns health care providers that some products labeled to contain ethanol have tested positive for methanol. 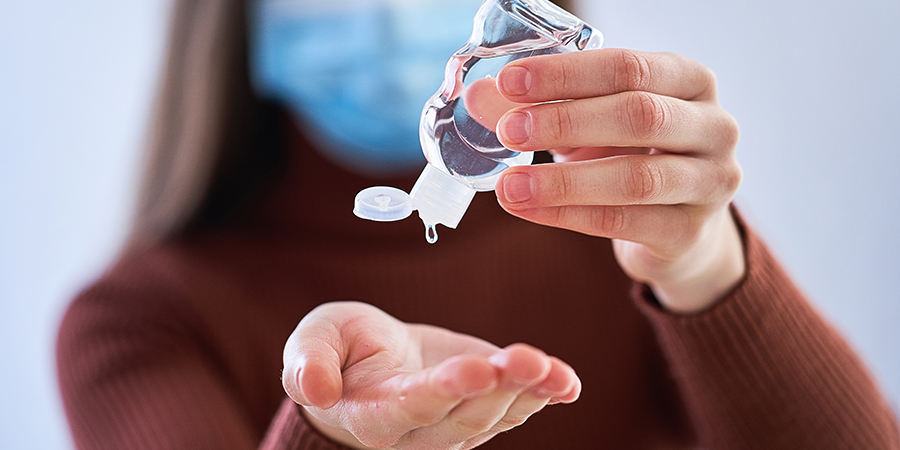 Surging demand for hand sanitizer has gone hand in hand with increased alcohol poisonings during the coronavirus pandemic as federal authorities now caution that some of these products may contain a toxic ingredient.

Posted as a MedWatch Safety Alert on July 2, a U.S. Food and Drug Administration (FDA) advisory warned consumers and health care providers that the agency has noticed a dramatic uptick in hand sanitizer products labeled to contain ethanol but also testing positive for methanol contamination, as well as cases of adults and children experiencing methanol poisoning from these products, including blindness, hospitalizations and deaths. The advisory stems from an ongoing FDA investigation into imported, contaminated hand sanitizers entering the U.S. as demand for the products reportedly spiked nearly 1,400% between December and January.

Methanol, or wood alcohol, is not an acceptable alternative to ethanol in hand sanitizers as the chemical compound is highly toxic and commonly used industrially as a solvent, pesticide or fuel source. The FDA notes that substantial methanol exposure necessitates immediate treatment and can cause:

In June, the FDA became aware of nine methanol-contaminated hand sanitizer products originating from Mexico that were found to contain as much as 81% methanol. In the weeks since, the agency has identified 75 varieties of hand sanitizers that should be avoided, some of which have since been recalled. All the products appear to have been produced in Mexico.

Although the FDA did not provide specific numbers of methanol poisoning cases, the American Association of Poison Control Centers (AAPCC) reports over 17,000 cases of hand sanitizer exposure cases to date this year. Notably, the AAPCC says this represents a 51% increase in exposure cases compared to the same timeframe last year. Additionally, a Centers for Disease Control and Prevention survey published in May found as many as 4% of respondents reported "drinking or gargling diluted bleach solutions, soapy water, and other cleaning and disinfection solutions" with the intent of preventing SARS-CoV-2 infection.

In the recent FDA advisory, the agency notes it is especially concerned with the dangers of drinking any hand sanitizers under any conditions. Per the advisory: "While hand sanitizers with possible methanol contamination are more life-threatening than those that are not contaminated, FDA urges consumers not to drink any of these products."

As little as 10 ml of methanol can cause blindness while 30 ml can result in death, notes Michael Duenas, O.D., AOA chief public health officer. While one small, retrospective case series of methanol-poisoned patients found 62% of patients completely recovered, nearly 25% of patients were left either completely blinded or had their vision eventually deteriorate to complete blindness.

The number of deaths may pale in comparison to the vision morbidity that can go unreported from accidental ingestion of laced hand sanitizer, Dr. Duenas says. Based on the level of exposure, the range of symptoms can be mild or non-existent to severe vision loss resulting in permanent loss of sight.

"Doctors of optometry are acutely aware of this form of toxic poisoning as some people with alcohol addiction have attempted to use methanol, primarily because of its ease of manufacture and low cost, and permanently lost vision because of it," Dr. Duenas says.

In fact, studies suggest about 20-40% of people with alcohol addiction have incomplete forms of neurologically impaired vision loss that, Dr. Duenas believes, may likely be attributable to inadvertent methanol toxicity.

"The public should be extremely cautious as accidental ingestion of methanol may cause many of the same eye findings and vision loss as end-stage glaucoma but occurring in a very short window of time," Dr. Duenas says.

Optic neuropathy can be present in the form of hyperemic optic disc edema followed by optic disc pallor and cupping if not treated on time, he notes. Methanol also has been shown to cause effects on the outer retina, including retinal pigment epithelium and photoreceptors.

If caught early, enzyme inhibitors and hemodialysis to remove toxic metabolites; folinic acid to enhance the metabolism of formic acid; sodium bicarbonate for acidosis; correction of vitamin deficiencies; and use of intravenous steroids for optic disc edema, is warranted.

Should doctors of optometry encounter an adverse event associated with hand sanitizer products, they are encouraged to report such episodes to the FDA's MedWatch Adverse Event Reporting program.

The National Eye Institute’s just-released strategic plan on vision for the future aligns with the AOA’s desire to support progressive research in eye health and vision care.

Halloween is nearing and there’s nothing more haunting than this: Some patients and regulators don’t believe contact lenses pose any risk to consumers.

MyEyeDr.’s paraoptometric staff will have access to a trove of AOA educational resources through its education and professional development hub, EyeLearn.