Doctors of optometry, staff preparing for next move in vaccine distribution

December 10, 2020
AOA and affiliates keep concerns of patients, doctors and staff as uppermost priority, as Food and Drug Administration weighs approval of first vaccines for COVID-19 in the U.S. 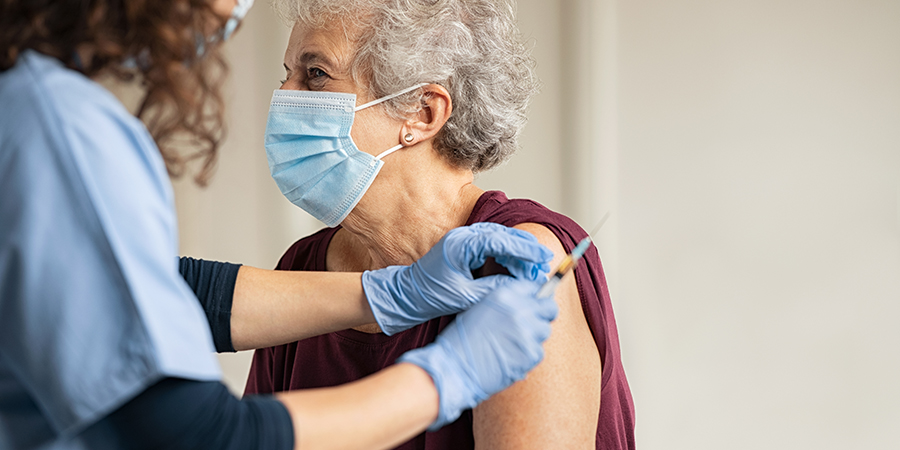 Anticipating Food and Drug Administration approval shortly of the first U.S. vaccine for COVID-19, the AOA and its affiliates continue pushing to make sure doctors of optometry and the safety of their patients are front and center.

Affiliates are closely coordinating with state authorities to ensure optometry is fully recognized in initial vaccine distribution plans, as well as emphasizing how optometry may be looked upon to boost vaccine administration during this public health emergency.

On Dec. 2, in a letter to Secretary of Health and Human Services Alex Azar, AOA President William T. Reynolds, O.D., outlined a number of priorities around the vaccines: fair reimbursement for vaccines, not imposing federal restrictions on the types of providers who can give the vaccinations, and prioritizing doctors of optometry and their staffs for vaccines.

“We believe doctors of optometry and their staff members should be prioritized for the vaccine as part of the health care team in order to continue to best serve the eye health care needs of America,” Dr. Reynolds says in the letter.

“The AOA’s member doctors stand ready to assist the public and aid the nation’s health care community in the response to the COVID-19 outbreak,” he says.

In a separate letter to the Centers for Disease Control and Prevention (CDC), containing 50 signatures from the AOA, AOA affiliates and the American Optometric Student Association, Dr. Reynolds reiterated optometry’s role in the pandemic. He also thanked the CDC’s Advisory Committee on Immunization Practices, which affirmed that a Phase 1a vaccination plan include health care personnel, defined as “paid and unpaid persons serving in health care settings who have the potential for direct or indirect exposure to patients or infectious materials.”

That guidance was approved by CDC Director Dr. Robert Redfield and was forwarded to states—a satisfying outcome to the AOA, which had argued states should conduct any further sub-prioritization.

All hands on deck

In its recent guidance, HHS noted states should “assess the provider types that can administer immunizations in your state … [and] consider whether there should be expansions of providers, including mass immunizers.”

Dr. Reynolds has previously pointed out that doctors of optometry are well positioned to help in the pandemic. Not only can they provide immunizations in some states, thousands can provide injections and have the potential to expand the nation’s response to the pandemic.

Doctors of optometry deliver more than 80% of primary eye care in America. And patients are more likely to see their eye doctors annually than their primary care physicians. But there are challenges for vaccine administration. Some doses of the vaccines require special refrigeration, others multiple rounds of injections and then, at least initially, there may be limited supplies of the vaccines.

If called up, some doctors of optometry are eager to support the delivery of vaccinations.

Ian Whipple, O.D., president of the Utah Optometric Association, says he has assigned a staff member in his practice to find out what is needed from a practical standpoint to administer vaccines there.

“I think it makes sense to do it for a lot of reasons,” Dr. Whipple says. “We’re going to see 5,000 patients in our office this year. If we’re able to offer the vaccines in our office, that would be 5,000 fewer patients who would have to go and seek vaccinations somewhere else.”

That’s similar to how doctors of optometry relieved the burden on emergency departments when they were asked by the CDC to provide only urgent/emergent care early on in the pandemic. An AOA survey showed that doctors of optometry helped provide urgent and emergent care to approximately 206,627 patients in less than one month early on, diverting patients from overburdened emergency departments.

“That showed how essential optometry is,” says Dr. Whipple, whose office was limited to urgent/emergent care for seven weeks before reopening to routine care. “We saw two or three patients needing emergency care a day.

“Since we’re already providing primary care, I think it is something we are capable of doing,” he says. “I’m not sure our office is going to be able to do it. But I just want to be helpful and let them know we’re in this crisis together. It feels like the right thing to do. I want to see this thing end like everyone else.”

Frank Giardina, O.D., is optometric director at the Community Health Centers of the Central Coast In Nipomo, California. Dr. Giardina would gladly provide vaccinations. He’s already taken a 20-hour, state-approved course—two years ago, after the state expanded in 2018 the procedures doctors of optometry could provide patients. That included allowing optometrists to administer flu, shingles and pneumonia vaccines after receiving training and certification.

“I would hope they would see the logic at some point,” he says. “When the vaccines get here, we’re going to need every person on board to give vaccinations during what could be a logistical nightmare.”

In the meantime,  he’ll be ready to go if called upon. The community health center, where he works, serves about 100,000 patients.

"The most cost-effective treatment is prevention,” he says. “If optometrists want to be considered part of the health care group, they need to be doing other things.”

In Ohio, doctors of optometry can be called upon to administer vaccines if the governor declares a public health emergency and the director of health issues an order identifying the protocols to be implemented over a specified period.

Among those who could be enlisted by statute are physician assistants, dentists or dental hygienists, doctors, nurses, optometrists, emergency medical technicians and pharmacists.

Shane Foster, O.D., president-elect of the Ohio Optometric Association, says vaccinations for health care providers, as well as whether doctors of optometry might be enlisted to help vaccinate the public, have been the topic of conversation.

Some doctors have been formally trained, some not. Dr. Foster has mulled what it would take to provide vaccines to patients who live in rural Appalachia, where there is a shortage of doctors and where he practices in Athens, Ohio.

“It’s a very real topic right now,” Dr. Foster says. “It looks like it’s just a matter of time before the FDA approves a vaccine. We also have a very strong presence at the state house, the governor’s office.

“We just wanted to make sure our members were considered a crucial part of the health care system,” he says. “In certain parts of the state, having doctors who can provide vaccinations could be critical to the delivery system. We don’t know how this is all going to play out, but we want to be part of the solution, if we are needed. I reached out to the local hospital president here yesterday. I asked what can we do to be part of the solution, how can we help.”

Most states require health care providers, including doctors of optometry, to report cases of abuse of children and elderly adults. AOA members are invited to attend an important webinar on the serious subject of human trafficking.

With the flu, COVID-19 and monkeypox making the rounds this fall, doctors of optometry have an opportunity to remind patients about handwashing and their overall health.