October 24, 2018
The Food and Drug Administration reports vaping rates are up for middle- and high-school students. 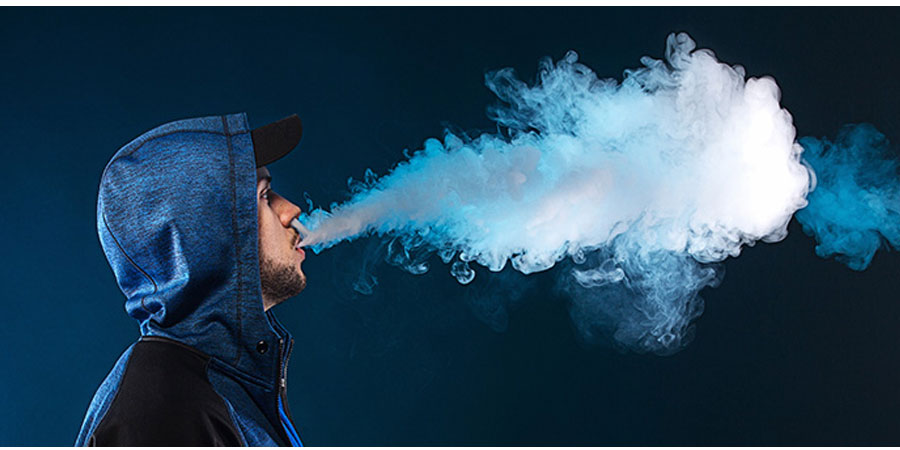 The government is stepping up its efforts to snuff out electronic cigarette use among young people, offering an opportunity for doctors of optometry to reiterate to their patients smoking's health hazards, including to their eyes.

On Sept. 12, Food and Drug Administration (FDA) Commissioner Scott Gottlieb, M.D., declared e-cigarettes a "clear and present danger" and called vaping among youth an "epidemic." The FDA head announced a crackdown on the illegal sales and marketing of e-cigarettes to young people; it sent 1,300 warning letters and complaints to retailers and manufacturers and challenged them to come up with less addictive options for consumers. And he hinted at more changes to come, as part of a new overall strategy to address troubling smoking trends among youth.

Not only is smoking an irritant to the eyes, but it also is a major risk factor for age-related macular degeneration (AMD) and cataracts, and the leading cause of preventable disease in the U.S.

"Given the explosive growth of e-cigarette use by kids, we're committed to taking whatever measures are appropriate to stem these troubling use trends," Dr. Gottlieb said.

In a June 8 article in Morbidity and Mortality Weekly Report, the Centers for Disease Control and Prevention reported that while overall tobacco use declined non-linearly in the U.S. between 2011 and 2017, e-cigarette use in the past 30 days increased non-linearly among high school students (1.5% to 11.7%) and middle schoolers (0.6% to 3.3%) in the same period.

Advocates argue for the increased scrutiny of e-cigarette use by young people because:

E-cigarettes have a particular appeal to youth. They come flavored, are advertised in an enticing, youthful way, and give the impression they are healthier than combustible cigarettes—they do contain fewer toxins but they are still hazardous.

The AOA Health Promotions Committee's own concerns about the vaping trend prompted it to produce new patient education, "Smoking, Vaping and Your Eyes," led by committee member Dan Bintz, O.D.

The fact sheet provides patients with information on the hazards of combustible cigarettes and e-cigarettes, beyond being an irritant to the eyes.

"It's a huge concern for our young people (teens and young adults) and optometrists," says Sue Lowe, O.D., chair of the Health Promotions Committee. "We are always concerned with oxygen flow to the retina, any type of carcinogen in the body—not to mention the lungs.

"I'll be revising my quality-of-life handout for patients to include vaping," Dr. Lowe says.

For more than a decade, Dr. Bintz has queried his patients about their consumption of combustible cigarettes. He asks them:

"I haven't singled out vaping in my questions, though I think we (doctors of optometry and paraoptometric staff) should be having that specific conversation," Dr. Bintz says. "The challenge is there is not a specific 'vape' question on our EHR, so it doesn't get asked. And if it were asked, it would have to be entered manually in comments. Updated patient education also should be utilized.

"Doctors and staff need to continue thinking beyond the eye," he adds. "Tobacco is the primary cause of death for 1,000 persons daily in the U.S. alone, and it's totally preventable. I am concerned that we are seeing just the beginning of the vaping issue, especially with the shift in marijuana laws and the continued downward use of conventional tobacco products."

The AOA Emergency Children’s Vision Summit will provide the opportunity for doctors of optometry to learn from experts on children’s eye care as they assess the crisis and chart a course forward. The members-only virtual event launches an ongoing conversation, led by the AOA, on children’s eye health and vision care. Its School Readiness Summit is set for July.

Scratchy, irritated eyes may be the least of concerns from poor air quality as a new study associates ambient air pollution with greater AMD risk and differences in retinal layer thickness.