Doctors of optometry: Teammates in the post-concussion care huddle

January 29, 2019
They can help determine when patients are ready to return to play, to work and to the classroom. 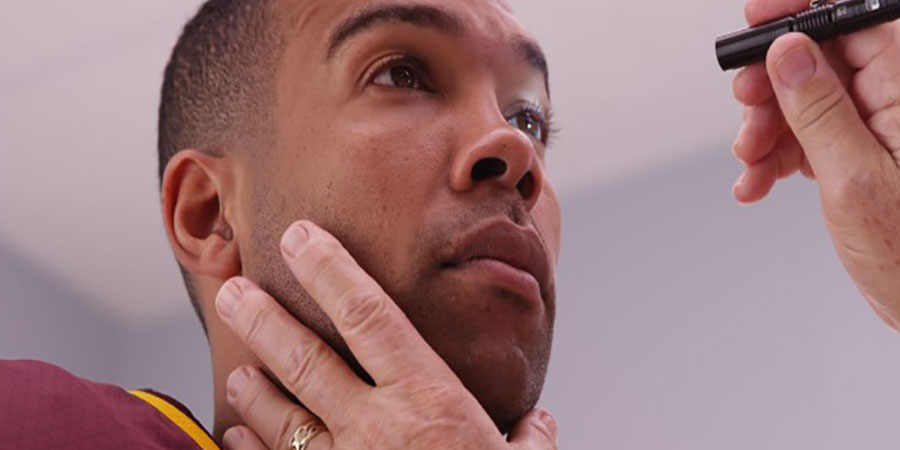 Just a relative snap ahead of super Sunday's championship game, the National Football League released its annual report on the state of its efforts to tackle the number of concussions players are suffering in this high-collision sport.

The League reported a 29% decline in concussions among players during the past regular season, due to better-performing helmets, rule changes and review of preseason practices. That report and Sunday's highly anticipated championship between the Los Angeles Rams and New England Patriots present an opportunity for doctors of optometry to score points with patients by educating them about the sequelae of traumatic brain injuries (TBI).

Not only can doctors of optometry fill the gap in patient knowledge on how Americans can protect themselves against injury, they also can identify and treat the visual symptoms associated with TBI.

Concussions are a type of TBI, a disturbance in brain function due to a blow or strike to the head. Doctors of optometry are essential to the post-concussion treatment team. Most Americans suffer TBI from falls, traffic accidents and being struck by or against an object, according to the Centers for Disease Control and Prevention. Some symptoms last a few days; others a lifetime.

"Coordination of care for vision rehabilitation is an important aspect of care—where optometry works with other therapists and doctors as part of a team," says Carl Garbus, O.D., chair of the AOA Vision Rehabilitation Committee.

"We bring something valuable to the table that other providers can't: a solid, refractive and accommodative evaluation as well as an ocular health exam," Dr. Nanasy says.

What kind of symptoms are doctors of optometry looking for?

"All of these conditions are classified as post-trauma vision syndrome (PTVS)," he says. "The conglomeration of symptoms affects daily performance and endurance. Visual fatigue and general fatigue are common."

Doctors of optometry can provide relief from the functional vision-related deficits associated with TBI.

Some symptoms are relieved by prescribing special types of lenses (for light sensitivity and to relax the visual system, Drs. Nanasy and Garbus says. Other symptoms can be sacked by vision therapy, which can help the visual-perceptual system get back online.

Those treatment options also may include some or all of the following, according to Dr. Garbus:

"The earlier that the vision rehabilitation program is started, the better," Dr. Garbus says.

When in doubt, patients should seek out their doctors of optometry, Dr. Nanasy says. They can help facilitate a speedy recovery to the field, to work or to the classroom.

"Head injuries don't just come from direct impact but from whiplash and blast injuries as well," she adds.

Join the AOA Vision Rehabilitation Advocacy Network to access AOA resources and to advocate for better policies, regulations and laws.

Read more about the benefit of regular, comprehensive eye examinations.

Most states require health care providers, including doctors of optometry, to report cases of abuse of children and elderly adults. AOA members are invited to attend an important webinar on the serious subject of human trafficking.

With the flu, COVID-19 and monkeypox making the rounds this fall, doctors of optometry have an opportunity to remind patients about handwashing and their overall health.