December 2, 2019
Screen time matters when it comes to developing brain and language skills in young children. Educate parents on device use effects on development. 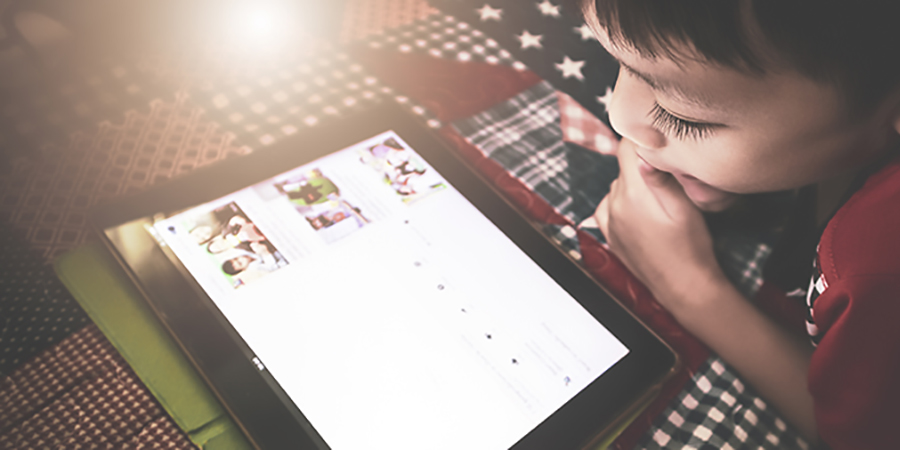 Screen time matters when it comes to developing brain and language skills in young children, a new study says.

The study, "Associations Between Screen-Based Media Use and Brain White Matter Integrity in Preschool-Aged Children," was published online Nov. 4 in JAMA Pediatrics. Researchers, affiliated primarily with Cincinnati Children's Medical Center in Ohio, looked at the growing use of screen-based devices and its impact on the brain's white matter, which supports the development of language, executive functions and emergent literacy skills,

The prekindergartners' "increased use of screen-based media in the context of the AAP guidelines was associated with lower microstructural integrity of brain white matter tracts that support language, executive functions, and emergent literacy skills, controlling for child age and household income," the researchers write. "Screen use was also associated with lower scores on corresponding behavioral measures, controlling for age.

"Given that screen-based media use is ubiquitous and increasing in children in home, childcare, and school settings, these findings suggest the need for further study to identify the implications for the developing brain, particularly during stages of dynamic brain growth in early childhood," they say.

They suggested further study during the early stages of brain development.

A second study published Nov. 25 in JAMA Pediatrics, "Association of Trajectory and Covariates of Children's Screen Media Time," reported that between the ages of 1 and 3 years of age the median daily screen time of the 3,895 participating children jumped from 30 minutes at age 12 months to 120 minutes at 36 months. Among its objectives was also to look at determinants of screen time.

"Adverse effects are a real concern by parents and doctors and highlights the need for more studies to help parents and policymakers set limits on screen time," Dr. Chung says. "The study indicates an association, not a causation. There are other factors which may contribute to changes in brain white matter.

"From an optometric perspective, one factor in the study's results may be the child's visual system integrity and its impact on test results, particularly speed of processing, since eye examinations were not part of the study protocol," she says. "Of interest would be whether a change (i.e., decrease) in screen time results in a change in measurable objective outcomes, then this would be a more direct measure of causation and not just association."

The study also presents an opportunity for doctors of optometry to educate parents on moderating their child's device use.

"For families, this study is another piece of evidence that paying attention to the amount of total screen time young children are exposed to can have anatomical changes in the young brain that may have negative impacts on literacy skills," Dr. Chung says. "This study reminds parents to think about whether they should set limits on technology use by their children."