Eye exams for Alzheimer’s? How AOA is getting involved 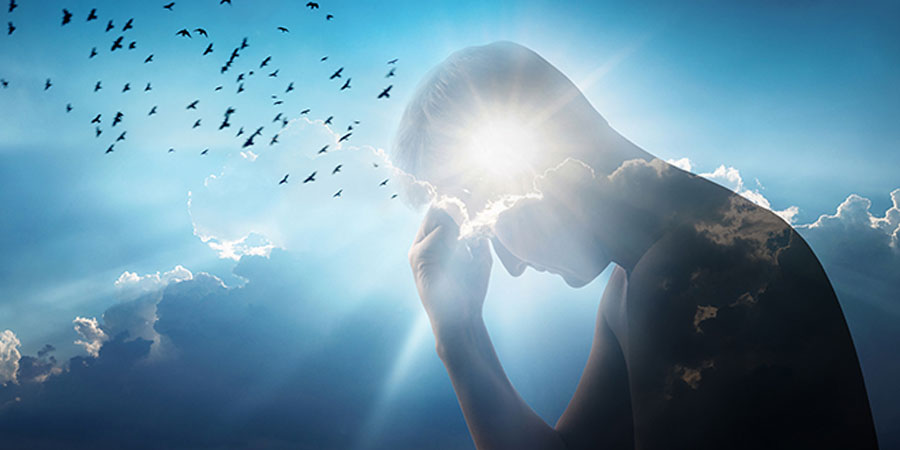 Published March 11 in Ophthalmology Retina, a new study finds significant retinal microvasculature disparities in patients with Alzheimer's disease as compared with control subjects that may mirror the kinds of cerebrovascular changes indicative of the neurodegenerative disease. Such findings add to the growing body of evidence that not only retinal vasculature may serve as a good proxy for neurological health but also optical coherence tomography (OCT) plays a primary role in this nascent field of study.

Alzheimer's, an irreversible and progressive neurodegenerative disease, currently affects nearly 6 million Americans with no viable cure or non-invasive tools for early diagnosis. Serious memory loss and reduced cognition are often the earliest signs of failing nerve cells, a time when early intervention may be able to slow disease development and help caregivers prepare. The latter is especially important as Alzheimer's exacts a heavy burden on patients, families and caregivers with only an average eight-year life expectancy after symptoms manifest. That's also why evidence of OCT's utility proves so promising.

Until recently, Alzheimer's trademark pathology-a plaque buildup and tau tangles affecting neurons—was only measurable post-mortem. However, yet another in a long line of studies shows OCT's non-invasive imaging of retinal microvasculature could add another diagnostic tool for clinical detection and diagnosis.

In a study of more than 200 participants, researchers at Duke University Eye Center examined the eyes of patients with diagnosed Alzheimer's disease, mild cognitive impairment and a control group to compare the microscopic blood vessels in the retina. Interestingly, researchers found Alzheimer's patients showed significantly reduced macular vessel density, perfusion density and ganglion cell-inner plexiform layer thickness as compared to the mild cognitive impairment and control groups. These results bore out even after researchers controlled for factors including age, gender and level of education.

"We know that there are changes that occur in the brain in the small blood vessels in people with Alzheimer's disease, and because the retina is an extension of the brain, we wanted to investigate whether these changes could be detected in the retina using a new technology that is less invasive and easy to obtain," notes study lead author Dilraj S. Grewal, M.D., in a Duke University news release.

The technology, OCT-angiography (OCT-A), is the newest iteration of the high-quality, non-invasive retinal imaging equipment that many eye doctors routinely employ in their practices. Where OCT-A scans provide added benefit are their ability to quickly measure volumetric blood flow data while simultaneously comparing structural information of the retina. This technology is especially helpful for diseases, such as age-related macular degeneration, diabetic retinopathy, arterial and vein occlusions, and glaucoma.

Adds the Duke study's senior author Sharon Fekrat, M.D.: "Ultimately, the goal would be to use this technology to detect Alzheimer's early, before symptoms of memory loss are evident, and be able to monitor these changes over time in participants of clinical trials studying new Alzheimer's treatments."

But, Duke's study is just the latest in a string of studies involving retinal microvasculature's link to neurodegeneration. A 2018 study published in Alzheimer's & Dementia also found the volume and thickness of retinal neuronal layers significantly varied among mid-life adults with and without preclinical Alzheimer's disease. There again, OCT was deployed for its detailed, in-vivo imaging.

Presented at 2017 Optometry's Meeting® by co-author Peter Snyder, Ph.D., the University of Rhode Island study detailed how spectral domain-OCT highlighted decreases in macular retinal nerve fiber layer (RNFL), outer nuclear layer, and inner plexiform layer volumes in preclinical Alzheimer's disease subjects. Additionally, researchers concluded that "thinning of the mRNFL may be the earliest anatomic marker of retinal neuronal loss in the preclinical stage of (Alzheimer's disease), and such loss appears to account for 10% of the variance in observed PET imaging measurement of neocortical amyloidosis."

Moreover, a 2017 clinical review of evidence published in Frontiers in Neurology concluded OCT may be a "superior approach" for screening at-risk populations, assessing progression and evaluating therapeutic efficacy.

For as much published research touts retinal imaging as a possible means of Alzheimer's disease and neurodegeneration detection, the Alzheimer's Association is keen on coordinating efforts for this leading-edge study. And, AOA will have a seat at that table.

In May, the Alzheimer's Association will host an international retinal imaging workshop in Washington, D.C., to highlight different imaging modalities and methods, identify areas of data convergence, and explore gaps and potential areas to further advance application of these technologies for clinical trials and diagnostic uses. Michael Duenas, O.D., AOA chief public health officer, is optometry's sole representative to that think tank session.

"OCT keeps getting better and better, and our ability to weed out normal background noise from actual Alzheimer's biomarkers is becoming more realistic," Dr. Duenas says. "Doctors of optometry who routinely use OCT and OCT-A are already on the leading edge of ocular and systemic disease detection, and this research shows an opportunity to make a difference."

If anything, Dr. Duenas equates optometry's evolving role in retinal imaging for Alzheimer's disease as that of optometry's role in diabetes care three or four decades ago: immense potential to improve health outcomes. Altogether, 276 systemic diseases have ocular findings that can be detected during a comprehensive eye examination that combined with optometry's geographic accessibility, poise doctors of optometry to add substantially to Americans' primary medical care.

Alzheimer's disease could, one day, be another responsibility for optometry within team-based medical management. That's why it's imperative for doctors of optometry to stay current on the latest continuing education and become involved in clinical research projects—the kinds destined to develop as research into retinal imaging evolves.

"Optometry is the most accessible eye care profession and that accessibility paired with the technology available to us is going to be essential in raising our patients' health outcomes," Dr. Duenas says. "Here, we see another intersection with optometry that needs to develop."