November 26, 2019
The first-ever contact lens to receive FDA approval for slowing myopia progression could enter the market as soon as 2020. 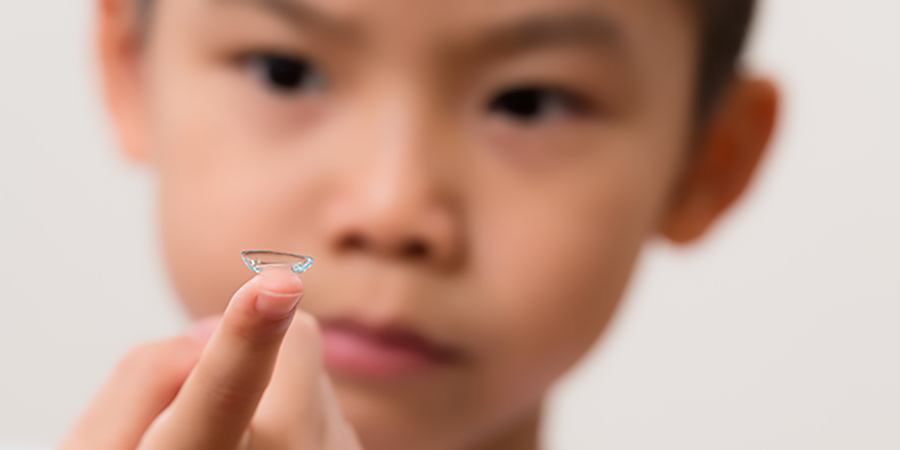 Per a Nov. 15 FDA news release, CooperVision's MiSight® 1-day soft contact lens became the first and only FDA-approved product to slow the progression of myopia in children between the ages of 8 and 12 years old. Intended as a single-use, disposable contact lens, MiSight corrects refractive error and slows myopia progression in children with healthy eyes.

"Today's approval is the first FDA-approved product to slow the progression of myopia in children, which ultimately could mean a reduced risk of developing other eye problems," says Malvina Eydelman, M.D., director of the Office of Ophthalmic, Anesthesia, Respiratory, ENT and Dental Devices in the FDA's Center for Devices and Radiological Health.

Myopia, often called nearsightedness, occurs when light focuses at a point in front of the retina as opposed to directly on the light-sensitive tissue due to elongation of the eyeball. Although the verdict's still out as to why myopia develops—generally appearing first in school-age children—myopia progression has been linked to sight-threatening conditions later in life, such as cataracts, retinal detachment, glaucoma and myopic maculopathy.

Up 25% from just 40 years ago, myopia has become one of the most increasingly prevalent vision issues in the U.S. in recent years affecting one out of three Americans. And, health experts expect that trend to continue. In fact, the World Health Organization estimates half of the world's population could be myopic within the next 30 years, doubling down researchers' resolve to identify effective myopia control strategies that up till now had remained off-label.

"Studies have shown that low-concentration atropine, center-distance, soft multifocal contact lenses, and orthokeratology contact lenses can slow myopia progression, but everything had to be used off-label until MiSight received approval," says Jeffrey Walline, O.D., Ph.D., associate dean for research at The Ohio State University College of Optometry and past chair of the AOA's Contact Lens and Cornea Section.

MiSight's approval came as a result of a prospective clinical trial that enrolled 144 myopic children, ages 8-12 years, from Singapore, Canada, the United Kingdom and Portugal, as well as real-world evidence of the safety and effectiveness of the product. Three-year peer-reviewed results published in August indicated that use of MiSight was shown to slow myopia progression, CooperVision notes: 59% as measured by mean cycloplegic spherical equivalent and 52% as measured by mean axial elongation of the eye.

Additionally, the FDA reviewed real-world data of 782 children, ages 8-12 years old, from community eye care clinics to estimate the rate of corneal infections among soft contact lens-wearing children. The results showed a rate comparable to the rate of ulcer cases among adults who wear contact lenses daily. No serious ocular adverse events in either arm of the clinical trial were reported.

While MiSight is already prescribed to myopic children in other countries, including Canada, the U.K., Spain and Australia (where age ranges for initial fitting vary), the contact lens will launch in the U.S. beginning in March 2020, CooperVision says.

Importantly, Dr. Walline says the CooperVision approval process will serve as a template for companies to gain myopia control approval in the future.

"Doctors should prepare for a potential change in the number of patients inquiring about myopic control by educating themselves on the subject and pediatric contact lens fitting," Dr. Walline says.

Read more about myopia control efforts in the October 2017 issue of AOA Focus.

Per AOA's evidence-based clinical practice guideline, Comprehensive Pediatric Eye and Vision Examination, childhood is the preferred time to consider the use of myopia control procedures, as early-onset myopia is associated with higher progression rates and increased risk of continuing to high myopia.

Additionally, the guideline recommends that parents or caregivers of children who are at risk for developing or having developed myopia should be counseled about the potential complications of myopia progression and the treatment options available for its control.

Considering vision may change frequently during the school years, children should receive an in-person, comprehensive eye examination before beginning school to diagnose, treat and manage any eye or vision conditions. So, too, children with myopia should have an in-person, comprehensive eye examination at least annually, or as frequently as recommended, because of the potential for rapid myopia progression, the guideline notes.