May 26, 2022
As many recognize “World No Tobacco Day” on May 31, the AOA filed public comments in support of FDA efforts to reduce smoking rates and preserve patients’ eye health and vision. 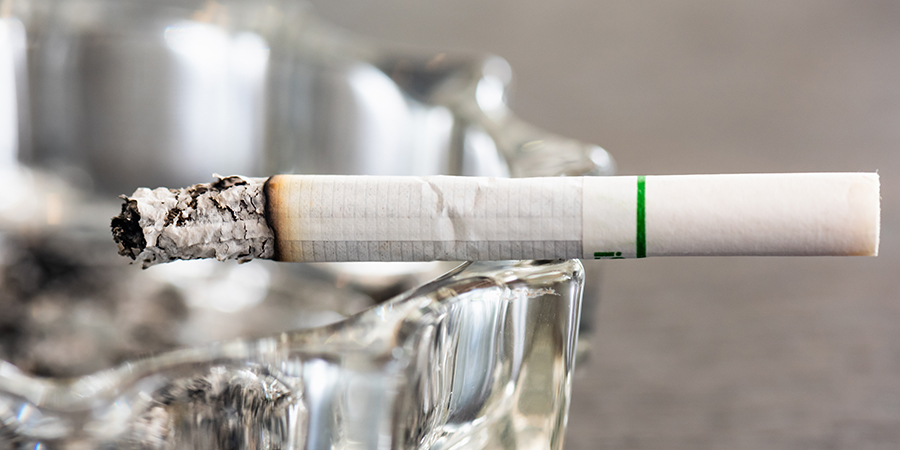 In April, the U.S. Food and Drug Administration (FDA) issued proposed product standards to prohibit menthol as a characterizing flavor in cigarettes and prohibit all characterizing flavors other than tobacco in cigars. The FDA asserts these public health actions could significantly reduce disease and preventable deaths by removing a key factor in the appeal of combustible tobacco products among youth and regular smokers—flavorings.

The minty taste and smell of menthol cigarettes not only reduces the harshness of smoking but also produces an interactive effect with nicotine in the brain to enhance addictive effects and make it more difficult to quit smoking, the FDA says. In fact, there were more than 18.5 million current menthol cigarette smokers, ages 12 and older, in the U.S., with high rates among youth, Black Americans and other racial and ethnic groups.

Citing published modeling studies, the FDA estimates that a prohibition on menthol flavoring alone would reduce smoking rates by 15% within 40 years and could avoid 324,000 to 654,000 smoking-related deaths over that timeframe.

Similarly, characterizing flavorings—such as fruity or chocolatey tastes—have increased cigars’ appeal among youth and young adults with more than a half million U.S. youth using flavored cigars. What’s more, the FDA notes young people may be shifting their focus from cigarettes to cigars in recent years.

Added FDA Commissioner Robert Califf, M.D.: “The authority to adopt tobacco product standards is one of the most powerful tools Congress gave the FDA and the actions we are proposing can help significantly reduce youth initiation and increase the chances that current smokers quit. It is clear that these efforts will help save lives.”

The FDA opened a public comment period for these proposed product standards on May 4—available through July 5—to solicit feedback in combination with several listening sessions scheduled in June. Once all comments are reviewed and considered, the FDA will decide whether to issue final product standards.

On May 17, the AOA submitted public comments in favor of the product standard changes as they may help reduce overall smoking rates and, in turn, stave off the adverse health effects that cigarette or cigar smoking has on eye health and vision.

Significantly, smokers have anywhere from a two-fold to four-fold increase in risk over nonsmokers for developing macular degeneration, as well as an increased risk of cataract development. Smoking may exacerbate the risk of eye disease for populations already at greater risk for certain diseases, such as cataract, glaucoma and diabetic retinopathy, which can cause severe vision loss or blindness.

“We fully support efforts such as this proposed rule to reduce tobacco use and to ensure that fewer Americans suffer sight-threatening eye disease,” notes an AOA letter, signed by AOA President Robert C. Layman, O.D.

The AOA also logged concerns about the use of Electronic Nicotine Delivery Systems, also known as vaping. While the proposed rule might reduce overall cigarette smoking, especially among youth, a study cited by the FDA does note that banning menthol cigarettes may conversely increase vaping 22% by 2026. The AOA noted that vaping can aggravate the ocular surface and relates to moderate-to-severe dry eye symptoms.

“We urge the FDA to continue its efforts to reduce nicotine levels, restrict tobacco advertising, provide resources for quitting, and decrease the use of e-cigarettes and vaping, especially among youth and young adults,” the AOA comments read. “The loss of vision from smoking is entirely preventable.”

Vision loss ranks among Americans’ greatest health fears, even more so than loss of hearing, memory, speech or even a limb, while the total U.S. economic burden of vision loss and blindness tops $139 billion, per a 2016 estimate. As such, doctors of optometry have long committed to educating patients about the dangers tobacco use poses to eye health.

As recently as 2019, the AOA weighed in on another FDA proposal to require graphic warning labels (GWLs) on cigarette packaging and tobacco advertisements to promote greater public understanding of the negative health consequences of smoking. Ultimately, GWLs were finalized in March 2020, including one specific to cataracts that reads, “WARNING: Smoking causes cataracts, which can lead to blindness.”

As primary eye care providers, doctors of optometry have an opportunity to educate their patients and direct them toward smoking cessation resources. In fact, the AOA’s evidence-based clinical practice guideline, Comprehensive Adult Eye and Vision Examination, generally recommends counseling patients on smoking cessation and education while also noting that doctors should be alert for new information.

The guideline specifically states: “Eye doctors should ask about and document their patients’ smoking status and inform them about the benefits to their eyes, vision and overall health, through smoking cessation … counseling and educating patients about the potential impact of smoking may help maintain ocular and systemic health, and visual function.”

Doctors seeking additional information for helping facilitate patient conversations on smoking cessation can make use of these resources: