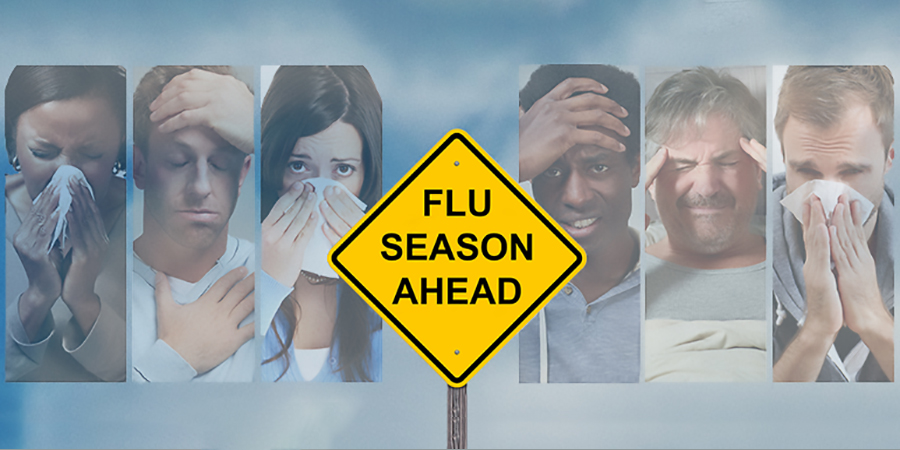 Summer isn't the only season encroaching on autumn's turf as health authorities warn a particularly virulent influenza season may spread sooner and with a greater severity than last year.

Ahead of the 2019-20 flu season, the Centers for Disease Control and Prevention (CDC) Advisory Committee on Immunization Practices (ACIP) released a new report with updated guidance on seasonal flu vaccinations that not only announced a new trivalent and quadrivalent formulation for this season, but also urged Americans to get their vaccinations done sooner rather than later (such as before October's end). That's due, in part, to warning signs emanating from a traditional bellwether down under.

Australia, with a flu season that runs June to September, is often considered a reliable predictor for strain circulation and severity here in the United States. It was Australia's devastating 2017 flu season that tipped off American health officials to what would become the deadliest flu season since the 2009 H1N1 pandemic. Likewise, current reporting from the Southern Hemisphere shows a 2019 season that spiked much earlier and with greater potency.

Per Australia's Department of Health, notifications of laboratory-confirmed flu cases began in earnest around April and peaked in early July, short of 2017 numbers but well above those of 2018. For context, Australia doesn't typically see confirmed flu cases take off until early June, often with cases lingering through October. By another measure, hospitalizations for flu were reported earlier in the season and, cumulatively, at higher numbers than recent years (excluding 2017).

If there's any good news to be had from Australia's reports it's that an earlier-arriving flu season may mean an earlier departing one, too. As of mid-September, reports showed confirmed cases decreasing markedly. But that's not the only good news.

Close attention is being paid to Australia's vaccine effectiveness, a 2019 composition that includes H1N1, H3N2 and a pair of B-viruses. So far, authorities report "good" effectiveness in line with typical estimates of 40-60%. Should those numbers hold steadily throughout the season, indicating a strong match, that could translate into a stark increase from last year's vaccine effectiveness-29%.

Reportedly, last year's flu vaccine in the United States had a 47% effectiveness through February. Yet, as anyone who caught the flu in March or later can attest, a second circulating strain wiped out those gains late in the season. The CDC found effectiveness against the subsequent strain at only 9%. Still, the CDC estimates the vaccine likely prevented 40,000 to 90,000 hospitalizations this past year.

Now, equipped with early reports from Australia, health officials hope for much better results. Containing the same viral makeup as the Australian vaccine, both the trivalent and quadrivalent vaccines are currently available domestically after a brief delay as the World Health Organization settled on an influenza A strain, H3N2, for the Northern Hemisphere.

In guidance released in August, the CDC once again advised all people ages 6 months or older with no contraindications to receive the seasonal influenza vaccine in the weeks ahead. The CDC notes "localized outbreaks that indicate the start of seasonal influenza activity can occur as early as October," though since 1982, 75% of peak activity hasn't occurred until January.

That said, vaccines can take up to two weeks for the body to develop sufficient antibodies to stave off an active virus, and even if the vaccine proves a mismatch again, the vaccine can ease the severity of the flu if people do get sick. Considering signs suggest an early flu season may be inbound, some health officials have already issued warnings of flu's toll and the benefits of vaccination.

Consequently, it can be helpful for optometric practices and clinics to remind doctors and staff about flu vaccines as well as encourage and adhere to simple, effective infection control procedures. The CDC's ACIP and the Healthcare Infection Control Practices Advisory Committee recommend that all U.S. health care workers—including doctors of optometry and their staff-get vaccinated annually against flu, and data shows a simple employer recommendation is enough to increase vaccination rates.

Amid the dismal 2017-18 flu season, the CDC found vaccination rates around 65% among staff whose employer only recommended a vaccine as opposed to 30% coverage among those with no employer input. The CDC encourages providers to remember the "SHARE" method for vaccines:

Doug Totten, O.D., AOA Ethics and Values Committee chair, says any action or effort that helps protect patients' health seems wise, be it getting a flu shot or doctors excusing themselves from direct patient care when sick. Dr. Totten emphasizes the AOA Standards of Professional Conduct that states, "the optometrist has the duty to avoid acts of omission or commission that would harm the patient."

He adds: "When making the decision to get an influenza vaccine yourself or to require flu shots for your staff, the dilemma should be weighed considering our obligation to protect the health of our patients."

Additionally, the CDC offers recommendations for limiting the spread of flu in the office or clinic: