Calcium, once maligned for AMD risk, not so bad after all?

March 29, 2019
High calcium intake does not appear to increase the risk of age-related macular degeneration, per a new study that provokingly found an opposite association—at least in women. 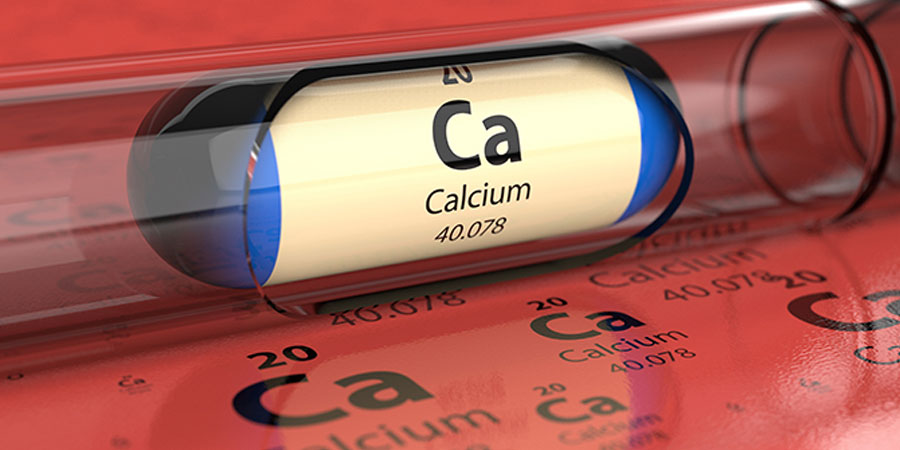 High calcium intake earned a bad rap for increased age-related macular degeneration (AMD) risk only a few years ago, but now, the latest research may exonerate and suggest a protective association.

Published March 21 in JAMA Ophthalmology, a new study retrospectively investigated the associations of dietary and supplemental calcium with the risk of AMD development and progression, finding high levels of calcium intake were inversely associated with lower incidence of progression to late AMD. Such findings run counter to earlier published research but may reassure patients who take calcium supplements for health reasons, such as osteoporosis, to stay the course.

The leading cause of severe vision loss among U.S. adults over age 50, AMD currently affects 1.8 million people with another 7.3 million at substantial risk for AMD-related vision loss. Essentially the loss of central vision from changes in the macula, AMD occurs in two forms: the more common, atrophic (dry) AMD, and the less common, exudative or neovascular (wet) AMD.

While wet AMD may respond to laser procedures or injections, there's no known cure or treatment for dry AMD and any central vision lost cannot be restored. That said, the landmark Age-Related Eye Disease Study (AREDS) did find that diet or nutritional supplementation, in addition to lifestyle changes, may help slow vision loss. Now, researchers with the National Eye Institute (NEI) are once again reviewing that multicenter clinical trial to determine if there's more to calcium than meets the eye.

Looking retrospectively at the 4,751 AREDS participants followed over the course of a decade, researchers reviewed subjects' self-reporting of calcium intake in conjunction with their AMD status. They found as participants aged, an association between calcium intake and AMD risk reduction emerged. Moreover, participants with the highest calcium intake—be it from diet or supplements—had an overall lower risk of developing late-stage AMD compared with those in the lowest calcium intake groups, notes an NEI news release.

These results are consistent with another milestone study, the Blue Mountains Eye Study, that determined participants in the lowest quintile of calcium intake had higher odds of developing late AMD than those in the highest quintile. However, a 2007-2008 National Health and Nutrition Examination Survey found the opposite association: Participants whose supplementary calcium consumption was more than 800 mg per day had a higher odds of any AMD diagnosis versus those who reported no calcium supplementation. Although contradictory, the studies might indicate something more at play, researchers say.

"The association of dietary calcium or supplementation with the later stages of AMD development may just reflect other health habits of this population," the study notes. "For example, those who have a higher calcium intake and supplementation may have a healthier diet in general and may be more complaint about exercising and taking prescribed medications."

Although the study found no evidence that calcium intake may be harmful in AMD development, researchers conclude further study is necessary to define its association.

Upon review, Leo Semes, O.D., professor emeritus of optometry and vision science at the University of Alabama-Birmingham and a founding fellow of the Optometric Retina Society, says the statistical analyses are complex and not easily presented as the results are somewhat different among scaling of both calcium intake and state of AMD at endpoint.

Also, more women were included in the analysis than men. For women, the highest self-reported intake of calcium was found to be protective against wet AMD but not against late AMD, central geographic atrophy, any geographic atrophy, or large drusen appearance. Insufficient numbers of men were analyzed to demonstrate statistical associations, Dr. Semes says.

"Interestingly, the authors report that dietary intake of calcium was highly associated with increased lutein and fish intake, which may be a reflection of a generally healthier diet and lifestyle," he says. "The same may be true of higher intakes of calcium."

So what's the takeaway? Dr. Semes says, at least specific to women, it appears that "calcium supplementation may have some protective effect against the incidence of AMD, regardless of amount." However, he's hesitant to conclude that current guidelines for calcium supplementation, specifically for those at risk for AMD, should be altered. As the researchers conclude that more study is necessary, Dr. Semes suggests the same.

Nutrition is known to play a part in mitigating the risk of certain eye diseases, especially AMD. In particular, researchers have shown that lutein and zeaxanthin, vitamin C, vitamin E and zinc all play a positive role in keeping eyes healthy.