April 17, 2019
The Centers for Disease Control and Prevention is now reporting measles outbreaks in 20 states or 555 cases nationwide as of April 11. That’s the second-highest number of measles cases in the U.S. since measles were basically eliminated in 2000. 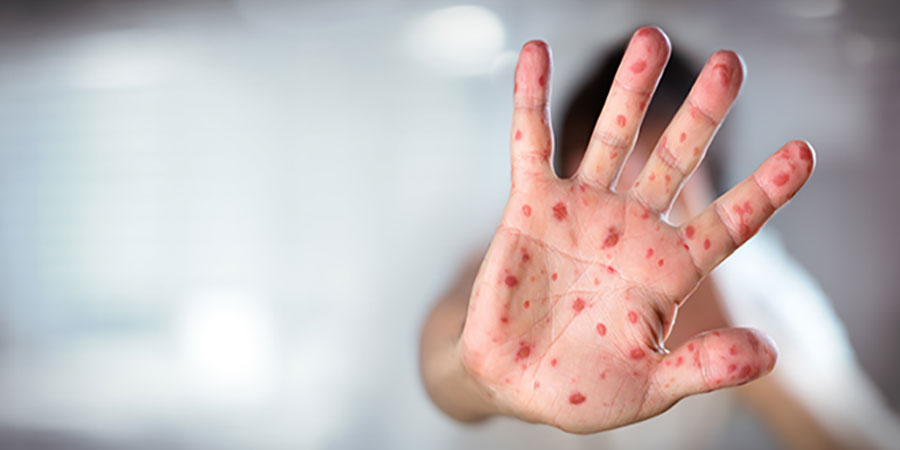 Typically, when patients arrive at the New York City practice of Andrea P. Thau, O.D., they are asked whether they are up to date on their immunizations. It's a normal part of the practice's patient intake process.

These days, though, the line of inquiry about immunization has taken on added weight.

The Centers for Disease Control and Prevention (CDC) is now reporting measles outbreaks in 20 states or 555 cases nationwide as of April 11. That's the second-highest number of measles cases in the U.S. since measles was basically eliminated in 2000, according to the CDC.

Most of the measles cases are concentrated in New York City, in particular the boroughs of Brooklyn and Queens report 329 confirmed cases. Dr. Thau practices in the neighboring borough of Manhattan.

"We are primary eye care providers, Dr Thau says. "We are an important part of the health care system and an entry point in that system for members of the public."

Measles outbreaks are not unheard of in the U.S., but the number had dropped significantly since vaccines came on the scene in the 1960s. There were 17 outbreaks in 2018. Yet, worldwide, measles remains a highly contagious viral disease with 110,000 deaths in 2017, according to the World Health Organization.

And this winter has seen a resurgence in the number of cases.

The disease is spread virally by coughing and sneezing and can "live" for two hours in an airspace, the CDC reports. After exposure, it can take days for the telltale rash to show up. Further, the disease can have dire consequences, says Dr. Thau, citing encephalitis or swelling of the brain. Public health departments around the country report that most of the affected cases are unvaccinated children.

What to look for?

A doctor's intake process is key to managing the care of patients who might have been infected by the measles virus, Dr. Thau says. Doctors of optometry might be called by patients who are concerned about their red, watery eyes.

That's why doctors of optometry should educate their staffs to ask the right questions when the patient calls with their "emergency," she says. The questions?

"If they answer any of these questions in the affirmative, the doctor of optometry should call the patient back for further screening," Dr. Thau says. If she suspects that they may have measles, she refers them to their primary care physicians for further management. They should not be seen in our offices as the conjunctivitis is self-limiting. Patients with measles are highly contagious and can endanger staff and other patients.

Each child's intake history is an opportunity to have a conversation about the value of vaccinations, provided there is not an underlying health condition that makes them problematic for some patients, she adds.

Dr. Thau also reiterates the CDC recommendation: that immunization is the best option for measles and that children receive two rounds of the measles, mumps and rubella vaccine between 12 and 15 months of age and between ages four and six.

"We, as scientists and doctors, can have a factual, educational and important conversation with patients that is based on understanding the ramifications of not being vaccinated," Dr. Thau says.

Read more about the outbreak.