April 27, 2022
Older adults are projected to outnumber people under age 18 by 2035—for the first time in U.S. history. This year, the AOA is prioritizing the aging of America and the demands being placed on the health care system via a yearlong series of webinars on aging and optometry. 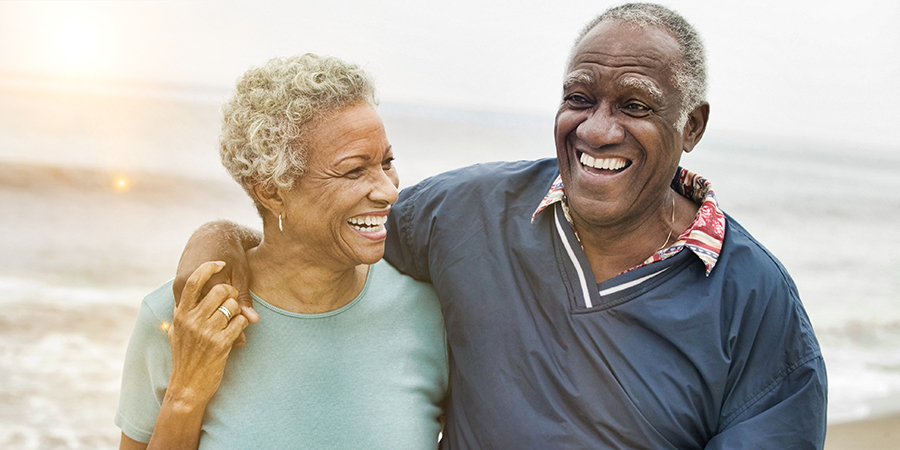 Excerpted from page 26 of the March/April 2022 edition of AOA Focus.

As we get older, the once-elastic crystalline lens at the front of the eye becomes less pliable, making it harder for light passing through the eye to bend and form an image on the retina. The zonules, which provide the tension to manipulate the lens, lose some of their zing too.

“The process is natural,” says Carmen Castellano, O.D., of St. Louis, whose longtime practice specializes in contact lenses. “And there is no way to reverse or prevent this natural process.”

So Dr. Castellano takes it upon himself, even feels a responsibility as a doctor to his patients, to have a heart-to-heart with them as they approach middle age—starting at 40—to educate them about seeing a difference in their near vision.

They’ll start to hold their cards further away or move their arm in and out as they view their cellphones, as they have trouble focusing. There are other conditions that may beset Americans as they grow older—glaucoma, cataracts or age-related macular degeneration (ARMD), but none of the others are as inevitable and affect as many. Blurry vision happens to everybody as we get older.

It sneaks up on them, nevertheless.

“You try to prepare them,” says Dr. Castellano, whose practice pioneered the use of contact lenses. “Let them know what’s happening. It’s not something that happens all of a sudden.”

Doctors of optometry, though, have a role to play in mitigating presbyopia’s impact on patients. Not only in educating their patients but also in advising patients on their treatment options.

This year, the AOA is prioritizing the topic in a yearlong series of webinars on aging and optometry called “Master Class: Meeting the Needs of an Aging America.” The webinars are aimed at supporting doctors of optometry in grappling with the changes ahead. Topics include the future of care for patients with presbyopia, the latest technology for addressing vision impairment and low vision, tools to assist in preventing falls and concussion treatments for older adults, and performance vision products to serve health-conscious and active older Americans.

Consider this: Older adults are projected to outnumber people under age 18 by 2035—for the first time in U.S. history. As the country grapples with the demands being placed on the health care system and social services, doctors of optometry have a pivotal role to play. Americans have long identified their sight as their most precious sense.

For 12 years of her three decades in practice, Rebecca Wartman, O.D., served the vision needs of older patients in nursing homes. In providing care, Dr. Wartman says, there were a number of considerations in deciding what correction worked best for an individual patient.

“There are more pathologies: Physical changes such as posture, an inability to sit up straight, mental capacity challenges, hearing difficulties, impacts of strokes,” Dr. Wartman says. “You see a lot of glaucoma, ARMD, and certainly cataracts along with blood vessel occlusions and even melanomas. Dry eye syndrome also was quite common.”

Says Melissa Barnett, O.D., chair of the AOA Contact Lens and Cornea Section (CLCS): “It is critical to manage ocular surface disease in presbyopes because dry eye is more prevalent. Media opacities such as cataracts can affect visual performance with contact lenses. Contact lens handling may be more challenging in those with systemic conditions such as tremors, rheumatoid arthritis or Parkinson’s disease.”

In those conversations with his patients, Dr. Castellano asks them about quality of life and what can be done to supplement what their lens can no longer do.

“We talk about what they are looking for as far as their vision goes,” he says. “What hobbies they have. What jobs they have. We have a myriad of discussions.”

Perhaps now and in the relative near future, doctors of optometry will have more tools than ever at their disposal to manage presbyopia, says Clark Chang, O.D., director of specialty lenses in cornea service at Wills Eye Hospital in Philadelphia. A member of the CLCS, he was awarded its “Luminary Award for Distinguished Practice” in 2021.

Why now? Dr. Chang says a number of factors were contributing to this era of presbyopia management. Among them:

Dr. Wartman adds: “Our job as doctors is to make sure they understand their options.”

About those options. Never have there been more options for doctors and patients, says Dr. Chang, who lectured on developments in presbyopia management at the annual meeting of the American Academy of Optometry in 2021.

“It’s an exciting era opening up for doctor and patient who are interested in controlling and managing presbyopia,” Dr. Chang says. “If we’re talking about what’s exciting, we really can’t get away from the recent FDA approval of VUITY(by Allergan), which is one of the first, and others to come, in terms of presbyopia pharmaceutical eye drop.

“The reason I think it is very exciting is, not only because it’s new and a first in terms of an eye drop—it’s a non-surgical option that a lot of doctors and patients have been looking for but have not had access to up to this point,” Chang says, adding that it was not commercially available at the time of his interview. “It’s going to create a new practice care delivery model.”

So, what’s in the pipeline, according to Dr. Chang?

According to Allergan, its drops contract the “iris’ sphincter muscle," thus constricting the pupil to increase near and intermediate visual acuity.

“It regulates the pupil by causing a pinhole effect so that there’s extended depth of focus,” Dr. Chang says. “But there are other options for eye drops, though not yet FDA approved, that I think are very exciting also.”

For instance, Eyenovia says it has developed its Optejet dispenser to administer pilocarpine to patients with presbyopia with more efficiency than traditional eye drops. The company says its drug delivery device makes it “less likely to spill or run over the face, eliminating drug waste and creating a neater application experience.”

“It shoots out a stream, a mist of eye drop onto the eye, and because it’s such measured delivery technology they can go higher concentration on the pilocarpine, according to their study,” Dr. Chang says.

Then there are other innovations such as the investigational drug BRIMOCHOL, by Visus Therapeutics. The combination eye drop, which coalesces the pharmaceuticals carbachol and brimonidine, also causes a pinhole effect that focuses light rays entering the eye. Its developer says it has the “potential” to last a minimum of eight hours.

Observes Dr. Barnett: “Presbyopia drops are going to improve the vision and simplify contact lens wear. Pharmaceutical options for presbyopia will not replace glasses, contact lenses, or kerato-refractive surgery and intraocular lens implantation. They will be synergistic to augment the current available options.”

Regarding contact lenses, Dr. Chang cites the potential for customizing scleral lenses to better coincide with the eye’s visual axis, to bring about better vision for distance and “giving us the ability to build a better multifocal contact lens.” He also notes the benefit of using combinations of corrective methods.

Further, he notes another method of correction for presbyopia, a lipoic acid-based eye drop (UNR844) is under investigation by Novartis, that had also created a buzz. “It’s basically a lens-softening drop,” Dr. Chang says.

“These things are very exciting individually but I think when you try to come up with the different combinations that could be available for different people, that, to me, is ultimately the recipe for success,” Dr. Chang says. “We are able to help as many patients as we can.”

It’s not unusual for “weekend warriors” to come see Joshua Watt, O.D., in his Colorado practice. Sometimes, Dr. Watt says, they want to know how they can seamlessly move around in the cold, dry winters there. They are looking for sunglasses or how to keep their eyes from drying out. There are cyclists wanting to read the dials on their high-performance bicycles in the conditions.

More Americans have a greater appreciation for their health, including their vision, even as they get into their 40s, says Dr. Watt, who is chair of the AOA Sports and Performance Vision Committee.

“There have been advancements in medicine and our understanding of the body and the importance of movement and action,” says Dr. Watt, noting studies on the health benefits of remaining active. “That includes vision.”

There may be an inevitability when it comes to presbyopia, but doctors of optometry can help patients understand their options and relieve their frustrations.

“It also helps them understand what the role of their doctor of optometry is,” Dr. Watt says.