When measles rush in 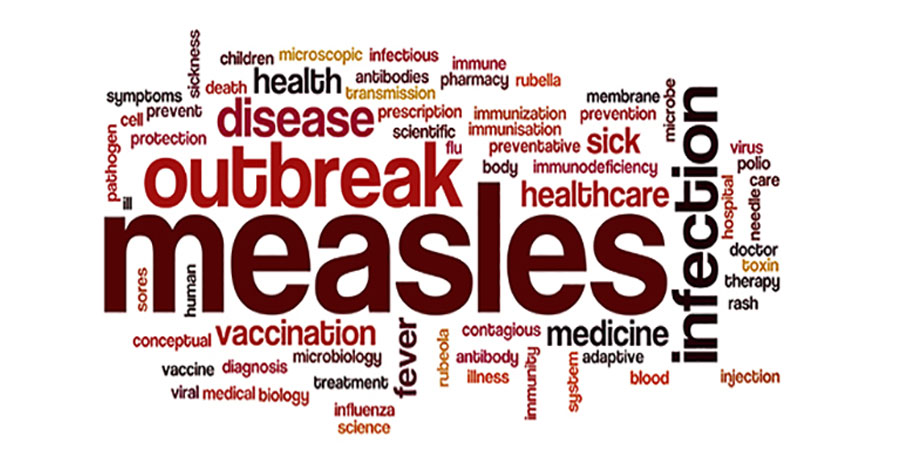 The Centers for Disease Control and Prevention (CDC) is reporting outbreaks in 10 states. Many of the confirmed cases have been concentrated in Clark County in the state of Washington, where the governor has declared a state of emergency in all counties there. Most of the affected are children under age 10; most had not received the MMR (measles, mumps and rubella) vaccine. The CDC recommends that children receive two rounds of MMR between 12 and 15 months of age and between ages four and six years old.

Amber Gatti Dunn, O.D., practices about 45 minutes from Clark County but has patients who come from the area.

"I am not sure if it has directly affected my practice, but it is a possibility because we have been slower than normal," Dr. Dunn says of the outbreak. "As an office, we have been asking patients if they have been to Clark County recently and if so, have they been at any of the locations where there have been known cases of measles?

"We do not have a policy that says we won't see patients who aren't vaccinated, so we are seeing everyone, but it is a concern knowing that my staff or I could be exposed at any time, though we are all vaccinated," says Dr. Dunn, a mother of three. "My two older kids are vaccinated but my daughter is only eight weeks old, so she could catch it from anyone. It has prevented our family from doing some of the things we would like to do."

Measles outbreaks are not unheard of in the U.S., but the number has dropped significantly since vaccines came along in the 1960s. There were 17 outbreaks in 2018. Yet, worldwide, measles remains a highly contagious viral disease with 110,000 deaths in 2017, according to the World Health Organization. Measles symptoms include:

The disease is spread virally—by coughing and sneezing—and can "live" for two hours in an airspace, the CDC reports.

"Beyond specific generalized symptoms, measles may have ocular symptoms," says Michael Dueñas, O.D., AOA's chief public health officer. "The most commonly occurring ocular symptom, conjunctivitis, the so-called 'red eye symptom,' is not characteristic only for measles infection. However, the generalized symptoms can suggest the diagnosis at the beginning of the disease.

"Viral conjunctivitis can progress to keratitis and bacterial superinfection can occur," Dr. Dueñas says. "If the infection presents in childhood, it can affect the posterior segment of the eye. Posterior segment complications can include retinal edema, vascular attenuation and macula star. Complete recovery of these posterior complications occurs in most cases without sequelae."

Doctors of optometry can help prevent the spread of measles and other contagious diseases among patients and staff. Among precautions they can take: