January 17, 2019
Ever suspected a patient of biting their tongue or outright lying? A recent study tells the bitter truth that as many as 4 out of 5 patients withhold information that could affect their care. 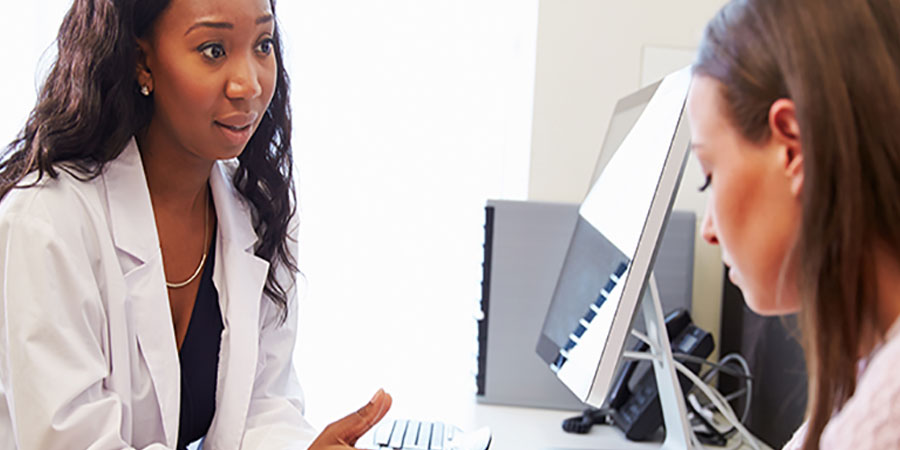 Patients don't want to hear it, so they're not going to tell you—fear of judgement or embarrassment are chief drivers for why patients avoid telling clinicians medically relevant information, researchers say.

Published in JAMA Network Open, a recent study shows as many as 4 out of 5 patients admitted to having ever kept medically relevant information from their clinician, most often arising in circumstances involving clinician recommendations and patient behaviors. Such findings confirm what health care professionals know all too well and provides further insight into what goes through a patient's head.

"In much of health care, accurate diagnosis and appropriate treatment depend on the patient's truthful and complete disclosure of personal health information," notes AOA's Optometrist's Guide to Clinical Ethics. But, when a breakdown in that doctor-patient communication occurs, clinical decisions can be based on false information that may not accurately address patient health or may even mistakenly put patients in harm's way.

So, why would patients knowingly withhold relevant information from their health care provider? It's mostly a combination of fear and shame, researchers say.

Per their analysis, researchers examined the results of two survey groups—averaging 36 years of age and 61 years of age, respectively—comprising over 4,500 respondents. They found younger respondents tended to withhold information more frequently than the older group; however, both groups aligned on their reasons why.

And the most common things they didn't tell their doctors?

Interestingly, sicker respondents were slightly more likely to withhold information than healthier ones, authors note, "indicating that the very patients who are in greatest need of high-quality health care, because of the complexity of their health, may be more likely to compromise their care by withholding important information from their clinician."

They continue: "The clinician-patient relationship requires honest and open communication between both parties to maximize the therapeutic benefit and avoid potential harms."

Eye care is no different

Efficient, effective patient care is a two-way street where clear, trusting communication is the linchpin whereby all health outcomes are based. Diane Russo, O.D., AOA Health Promotions Committee member and an associate professor in the Department of Primary Care at New England College of Optometry (NECO), isn't surprised by the study's findings in the least. Frankly, it's human nature, she says.

"However, we, as health care providers, can try to break down communication barriers by making a concerted effort not to pass judgement," Dr. Russo says. So, too, perhaps giving patients room to openly disagree could help address some of these concerns.

"We can ask if a recommended treatment or follow-up period is something the patient can adhere to. If they say 'yes,' we can follow that up with letting the patient know it's ok if it's not, but we need to figure out the best plan moving forward."

Consider the case of patient adherence to medication. It's a constant challenge that's especially well-documented when it comes to glaucoma drugs that often have poor adherence rates, but also as simple as antibiotic drops. Should patients claim they're adhering to a specific treatment when they're not, the doctor may pointlessly prescribe an additional treatment or suspect an altogether different diagnosis.

"This could potentially impact a patient's visual, ocular or overall health," Dr. Russo says. "If a patient is not taking a medication that they claim to be taking, this could create confusion clinically, and treatment and management could be impacted. This could cost time for the patient in follow-up visits and money unnecessarily spent on medications."