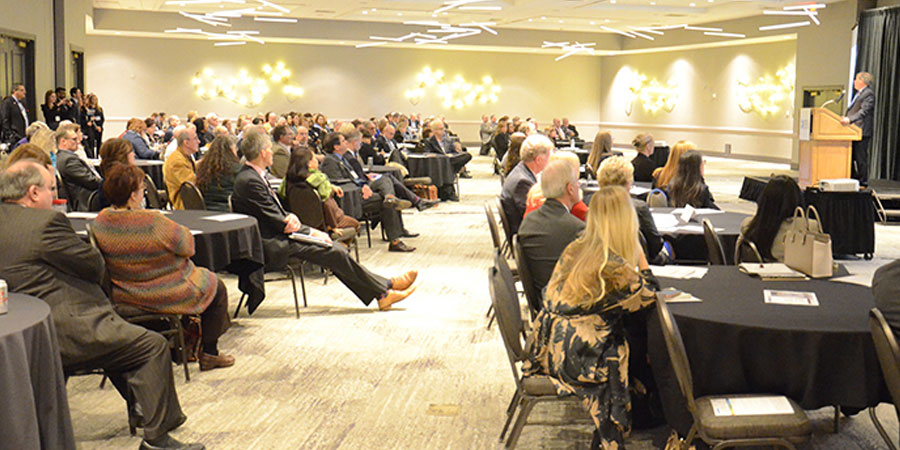 Without AOA-member volunteers, the profession and the AOA wouldn't be as successful as they are today, AOA President Christopher J. Quinn, O.D., told attendees during the kickoff of the AOA's 2018 Volunteer Meeting on Feb. 2.

It's doctors of optometry—filled with passion and professional pride—who help guide the AOA's direction, fund its operations and advocate on behalf of the profession. All while practicing top-level optometry, providing safe care to their patients and thwarting threats that undermine the profession and safe patient care.

About 200 doctors of optometry and AOA staff were on hand for the event in St. Louis—sponsored by Alcon, Johnson & Johnson Vision, Hoya Vision Care and Essilor—which brings together member leaders to strategize, reenergize and collaborate on new ideas for the year ahead. The profession faces plenty of threats, Dr. Quinn told volunteers as the meeting opened.

"The opportunity has never been greater for us to do that," he added. "And AOA is working hard to make sure we take advantage of the opportunity. Obviously, I think the future is extremely bright for our profession."

Takeaways from the Volunteer Meeting

See why doctors of optometry volunteer their time to the AOA.